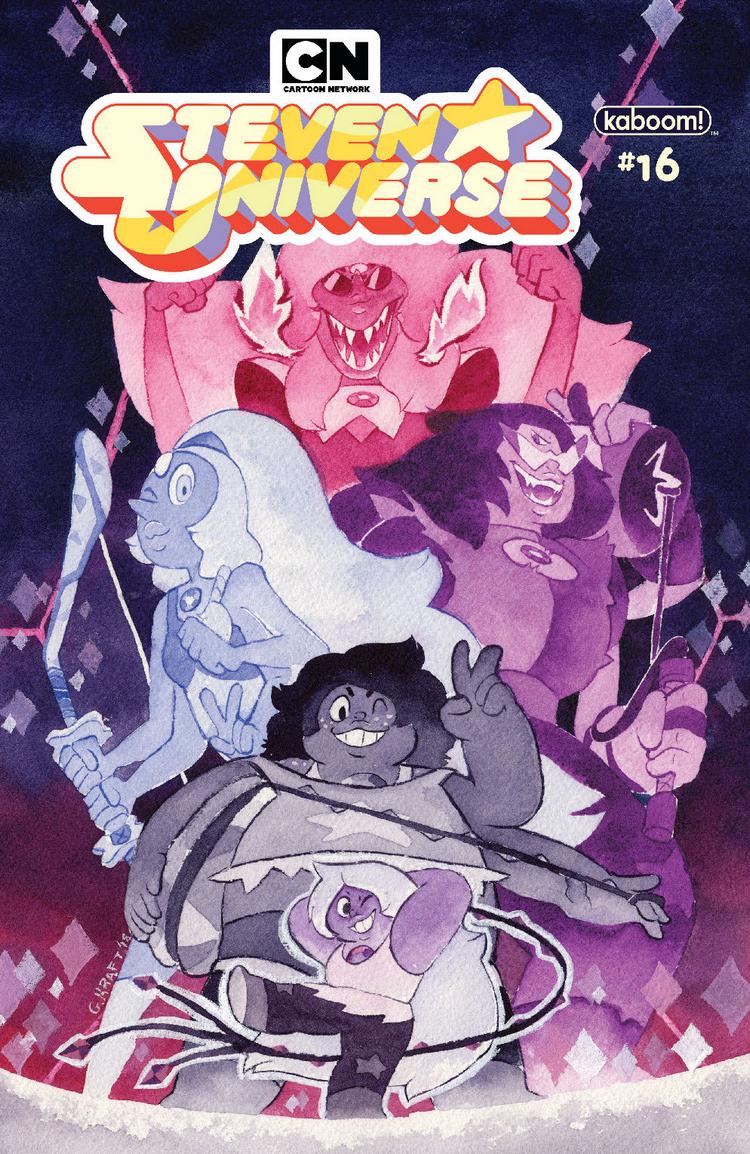 Steven, Amethyst, Kiki, and Jenny are all down to attend the concert of a local band. Kofi has other plans and forbids his daughters to go. In rare form, Kiki suggests a rebellious plot to attend the concert, though the crew ends up experiencing a few bumps in the road, including a mysterious mishap that leaves them shaking. Though things end up okay, the Pizza sisters sure do get a resolution they aren’t completely fond of.

The Steven Universe comic has been known for providing charming stories revolving around Steven and the denizens of Beach City, and this is not exception. It feels a bit light compared to previous issues, but generally it’s a cute read. The characters come together, face a dilemma, and find a way to resolve their problem by the end. Issue #16 is the standard fare for this series and that just means it’s a continuation of a particular emotional vein that’s been running through each installment.

Grace Kraft has written a story that sees carefree attitudes repeatedly challenged by strained happenstance. I like how this latter feeling builds, only for us, and the characters in their own world, to find that maybe things would actually end up alright. The story does feel a somewhat sparse regarding the emotional tone and the trajectory of the story, though that can in some ways help it translate to a wider variety of people.

Rii Abrego’s art is very structured and straightforward. This technique has a really cool impact on how the characters are portrayed. In scenes where we see the dichotomy of Amethyst/Jenny and Kiki/Steven, the feelings in each character are clear and the distinction becomes a nice point of comparison. The former pair is rebellious and impulsive, while the latter is more reserved and contemplative, but running between each of them is a spirit of happiness, which Abrego helps render through illustration.

Whitney Cogar’s colors emanate levity. Even though there are a few points of conflict in the story, these tones help to assuages feelings of tension that can arise from the inclusion of such story elements. Cogar’s work reminds me of a laid-back weekend day where maybe things don’t all go right, but you still feel relaxed. This softness sets an important atmosphere for the story.

Steven Universe #16 was pretty enjoyable. The story didn’t pack as much of an emotional punch for me, but that is also certainly not an indictment. I’ve enjoyed that this series is truly for all-ages, and this one is just a little bit lighter on the take. There’s not quite a lesson, but it approaches the idea that sometimes our plans just don’t work out, and there can be surprising twists we don’t anticipate. All in all, this issue is a soft read and one that is a nice way to wind down.