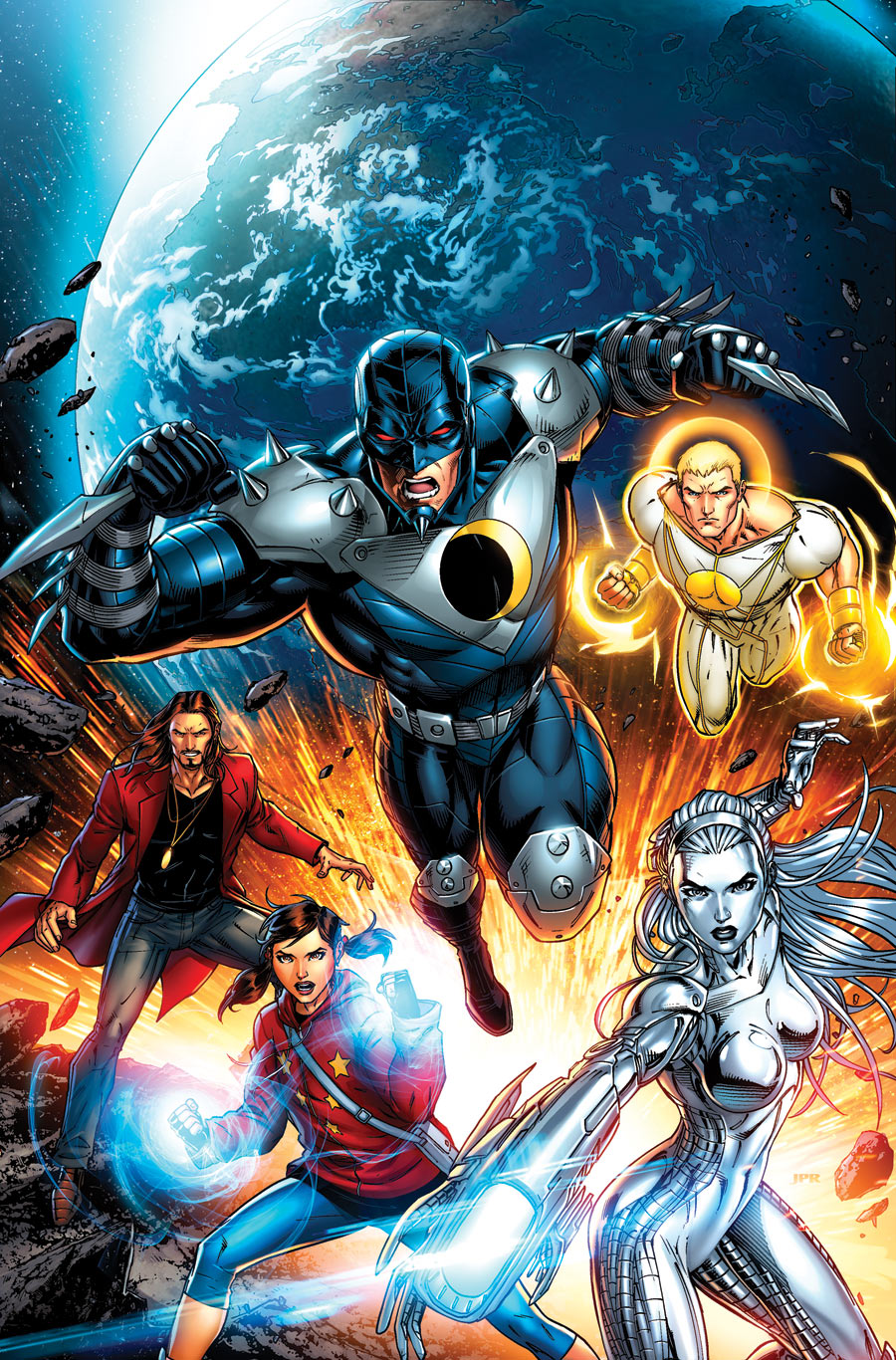 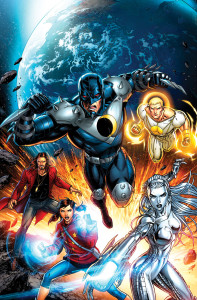 It’s a brand new beginning for the world’s most secret super-hero team, as the members of Stormwatch refocus and prepare for their next set of adventures! The group that launched the title into the New 52 are back, and so is the sense of excitement and freshness that harkens back to their days as the Authority.

Too bad there won’t be a Stormwatch #31.

And so lies the conundrum with this issue, one of the best stories we’ve seen from these characters in a long, long while, perhaps even going as far back as the original Authority run under Warren Ellis’ pen. Writer Sterling Gates — brought on for this single, final issue — brings every character back to his or her strongest characterization and motivation. Apollo is heroic and full of bravado, while Midnighter is circumspect, but still at his root, utterly the good guy he was created to be. The Engineer is in control, but drifts off into the machine, as one would expect. And Jenny Q, probably the least consistently written of the entire team, is grounded, smart, and cognizant of the importance behind her legacy as a Century Baby.

If you’ve never read Stormwatch or The Authority, fear not! Gates ensures that literally everything you need to know to get where these characters are coming from is included in these pages. How’s that for a final issue? The Bleed, the Carrier, the Shadow Cabinet, member’s powers, and the new status quo — all expertly described and contained within, with no sense of overwriting or editorial heft. What isn’t expressed in monologue is shown quite adeptly, as the adventure the team has in these short 20 pages makes their role to date (and what it seemingly shall be in the upcoming New 52: Futures End series) crystal clear.

What isn’t clear is how we got so lucky to get such an elegant swan song for a series that, quite honestly, I would have expected to fizzle, rather than go out with a bang? We even get the return of one of my favorites from Paul Cornell’s first few issues — the Projectionist, who has probably the most useful power for a twenty-first century super-hero that we’ve seen in a long while. And with her re-addition, we also get something that until recently has been pretty darn rare: a straight-shot 50/50 male/female super-team. My desperate hope is that this is a trend DC Comics is invested in, and not merely coincidence, as both Justice League United (with its unannounced 10th member) and Aquaman and the Others (with its likely 6th member) example this very month as well.

DC has also given us the treat of fresh new artist Jeremy Roberts to take the series out in style. Roberts’ Apollo is so damn good-looking, his Angie both sweet and formidable at the same time, and his Jenny Q? Just the perfect rendering of a 14 year-old girl who has the entire universe at her fingertips, but can’t tell if a boy likes her or not. The dynamism shown in the panel where Jenny finally frees Jack Hawksmoor creates a perfect Kirby moment of energy and words colliding. The building that comes alive to battle Jenny is straight out of that early 60s monster comic, and every detail is rendered perfectly. Roberts clearly has a bright future in the medium.

Equal parts exhilarating and devastating for its finality, Stormwatch #30 makes me want more, more, more of this team — Midnighter and his crew, as well as Sterling Gates and Jeremy Roberts. My eyes are peeled for the next appearance for all of the above, DC!