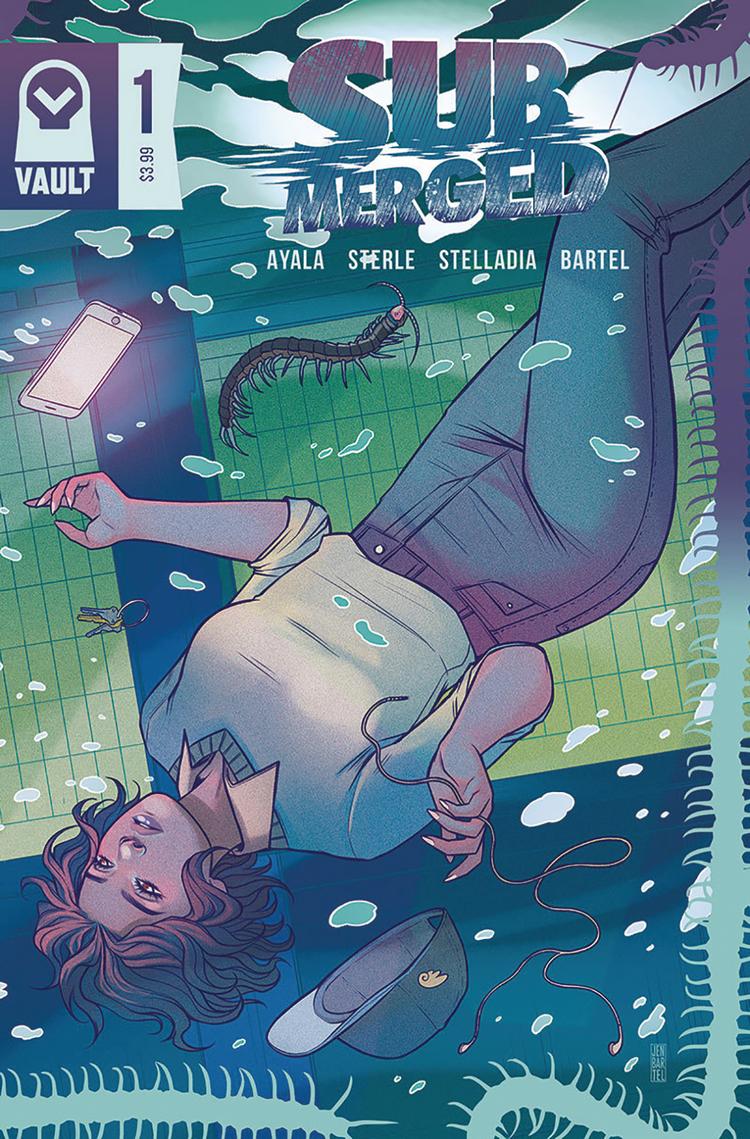 To beat, cheat, or avoid death has been humankind’s number one quest since the moment we discovered our lives were limited. One of the often-retold tales regarding this quest is that of the journey into the Underworld to liberate a lost loved one. Vita Ayala, Lisa Sterle, Stelladia, and Rachel Deering bring as a modern and relevant take on this genre with their new series Submerged. It’s a beautiful, creative, and thought provoking look at family, life, and death. It’s especially important because of it’s use of Latinx characters where people of color usually wouldn’t be used for a story of this type.

Anybody can create a mashup or add easter eggs from other stories in their creations. It takes a exceptionally talented writer, like Vita Ayala, to weave together elements from classic stories into a brand new story. Ayala takes real life events and deeply infuses them with Greek and Egyptian myth, Shakespearen tragedy, and a splash Latinx imagery to create an epic descent or submerging of their own. It’s a carefully curated mixture of these things that creates an entirely new and believable story. It shows that Ayala has a good grasp of the imagery they are using and not just throwing it in because it looks cool. This is not a story told long ago that can be hard to relate to but modern urban fantasy quest. It could almost be seen as chisme (gossip) between family members overheard while cooking in the kitchen. This for sure happened.

Ellie and her brother’s story within the first few panels immediately draw the reader in and makes us care for them. As soon as Ellie is out the door we are invested and ready to set off the journey with her to find her brother. The flashbacks to a past of family duty and frustration are immediately relatable to almost any reader and for certain every Latinx reader. The imagery becomes thick and layered as Ellie begins her descent into the subway. If not hinted at before it becomes obvious once she encounters the panel of judges and Cerebus (ancient demi-god Kings in the guise of homeless men and the legendary three headed dog beast) that Ellie is headed into Hades.  She must prove herself worthy enough to enter the afterlife and then come back again. The further Ellie proceeds the deeper and more layered the imagery becomes. Other mythic creatures and gods make appearance (possibly Horus, Sepa, and Cihuacoatl?) as well as a wealth of Shakespearean quotes. Ayala has made Submerged a beautiful melting pot of classic storytelling.

Lisa Sterle was an obvious and perfect choice for Submerged. Sterle has done such a beautifully macabre job at illustrating her series Long Lost and brings that style to this book. Sterle and Submerged were made for each other. She takes the already dreary looking backdrop of New York City subways and layers a lovely spiritual veil of death and purgatory. She contrasts this with the all too vivid and bright flashbacks of Ellie and Angels past. Sterle characters tend to act with their eyes and this is important because readers look for eyes to connect with. In an instant we know what a character is thinking due to Sterle minimal yet emotionally communicative eyes. She handles the intricate design work of the creatures in this story amazingly. There is beauty in the inhabitants of the underworld that are sometimes presented as just horrific in other stories. Sterle imparts elegance to these creatures and allows the reader preconceived prejudices against the symbolism to do the horror work.

Stelladia provides colors for this tale of descent but keeps the reader afloat with touches of brightness throughout the story. A story set in the underworld is often times heavily weighted in dreary greys, pale browns, and desaturated reds. Submerged, though, is full of color and at times illumination. The illumination especially brings life to a world usually full of death and sullenness. Sources of light that are often times harsh and limited in their scope in reality tend to be softer, glowing, and refract throughout the underworld as Ellie quests ahead.

Rachel Deering, as she always does, provides beautiful lettering work that is easily readable and helps to impart emotion at just the right time.

Overall, Submerged is a unique story full of beauty, sadness, and at it’s core hope. The characters will absolutely appeal to Latinx readers but at the same time does not limit it to a specific readership. This is a classic story for humanity and it’s written and illustrated beautifully. There is so much submerged below the surface of what’s on the pages that readers are sure to enjoy the journey that the creative team is taking them on.