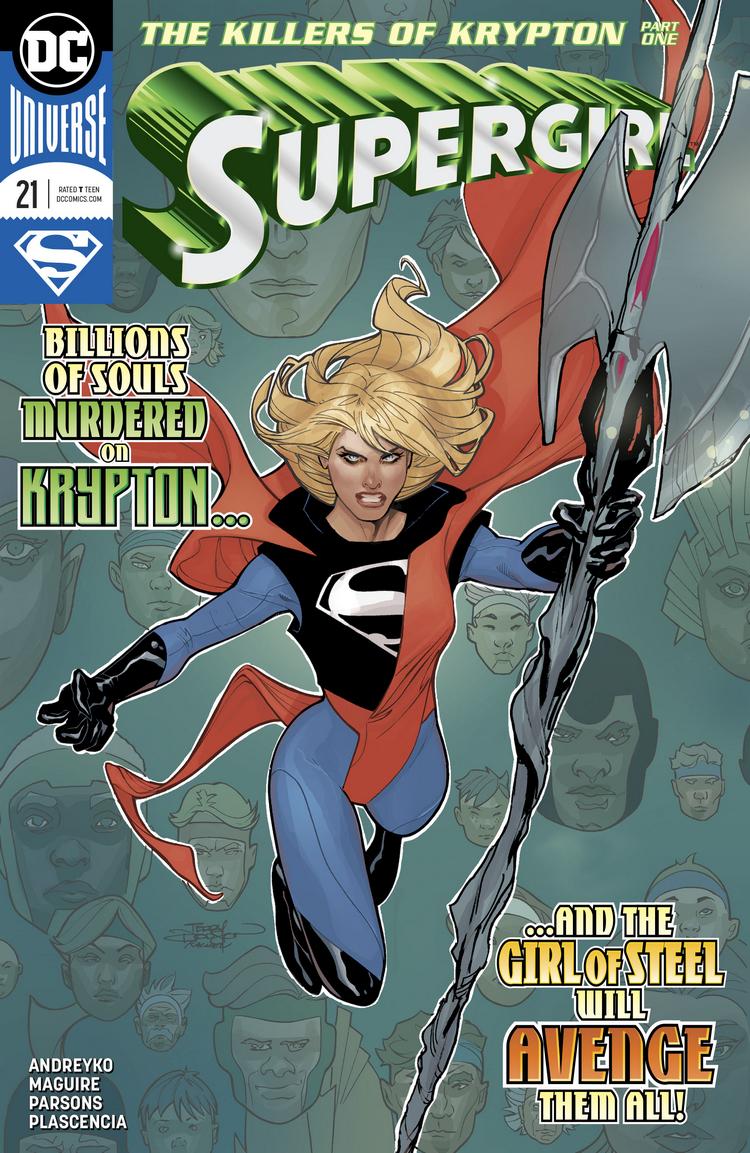 Let’s not be coy, Krypto is in this issue. That’s right, everyone’s favorite superdog has been given over to Kara and creates an emotional and potentially adventurous story arc.

After the events of Man of Steel, Kara is rocked by the knowledge that the destruction of Krypton might not have been natural. I will fully admit that after the first few issues of Man of Steel I checked out of the Superman story. I was put off by the loss of Lois and Jonathan from the main story and stopped reading. I checked in with others to find out the resolution but just did not care where things were headed. It wasn’t for me.

That means I was a relatively green reader coming into this latest issue of Supergirl. It reads like a number one issue. It goes back to explain the events of Man of Steel that affect Kara. Andreyko’s dialogue also does an amazing job of explaining what Krypton means to Kara and how it affects her in a way could never affect Clark. It’s an obvious point that doesn’t feel like it gets explored enough.

Kevin Maguire’s art puts faces and expressions front and center. It makes sense in a story that is heavy on exposition and heart to hearts between Kara and Clark, then later on Green Lantern. Plascencia’s color work is soft, yet vibrant. Maguire’s clean and uncluttered style felt so natural in telling Supergirl’s story. However, Parson’s ink lines are inconsistent on Kara’s chin. It creates some awkward panels where you don’t know where her face ends and neck begins. I do not know if this is because Maguire did not draw those lines to begin with or if they were never inked in. It’s such a small detail that shouldn’t matter much. However, when it happened, I was left with an awkward feeling and was distracted.

The first of Supergirl’s four new outfits is revealed. The changes were so subtle that I almost didn’t notice. The purpose for the change, and why it is necessary, is explained. I’m looking forward to the explanations for why she changes up her uniform each time. In the real world, where people are constantly changing clothes and looks, it is nice to see superheroes doing the same and wearing things for a purpose.

This issue ends with the set up for a galactic mystery solving road-trip for Kara and Krypto. I’m sure it will never have the comedic flair of the Mystery Machine crew searching for the latest ne’er-do-well. As Andreyko has shown with his runs on books like Batwoman, his stories are too emotionally grounded and about finding your true purpose. That is the type of story that Supergirl could use right now. She is a character that is continually redefined, with a nebulous existence. Teen or young adult angst has been the only constant for the last decade. Now, Kara’s purpose feels closely aligned to her love of home and her former life, while still providing the opportunity for grand adventure.