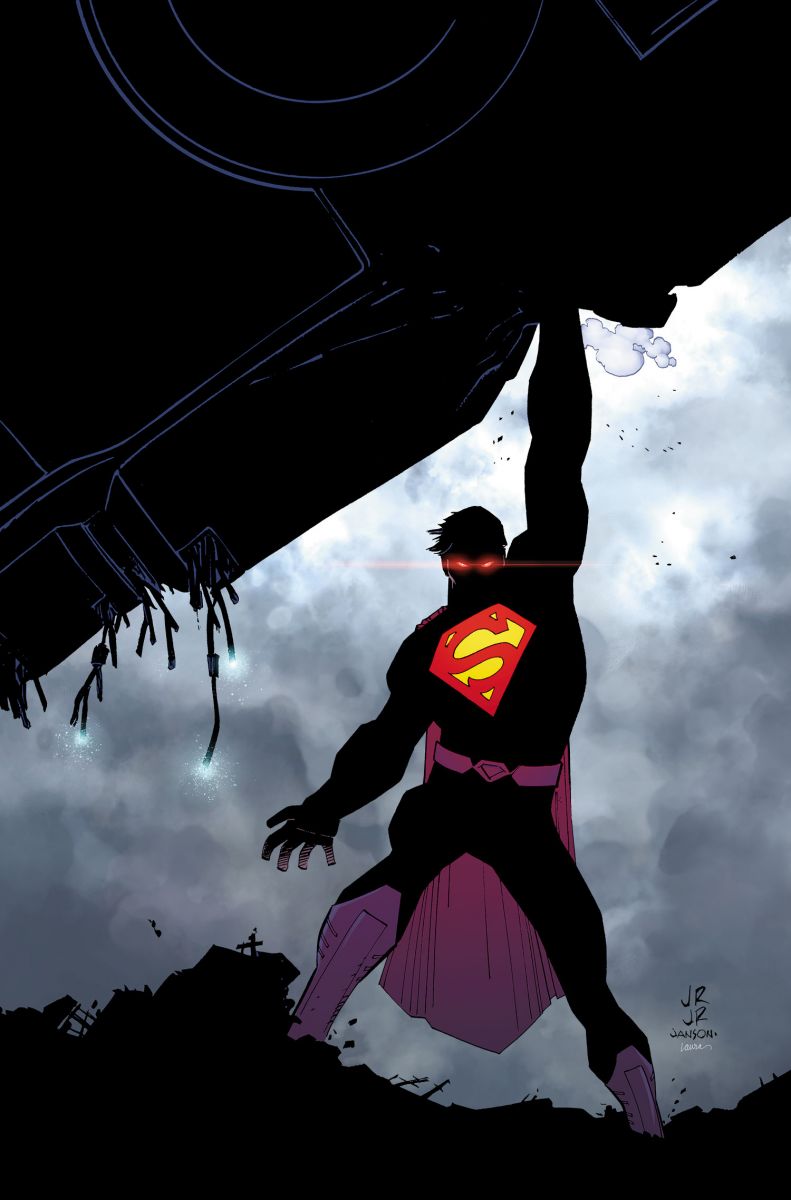 A dying world. Scientist parents afraid for their child. A rocket to another place. Great powers. Great responsibility. Sounds familiar, right? So what happens when the tables are turned, and the hero who stands up for what’s right comes back to the Earth that rocketed him off into another dimension. It’s time for Superman to meet his match in the form of Ulysses.

There have been a lot of attempts at getting Superman’s self-titled series right in the last few years. Long before the DCYou or the New 52 came into being, Superman’s own title was struggling for a powerful identity. And unfortunately, with this volume, not much has changed.

This is not Geoff Johns’ first run on the Man of Steel, having helmed a really successful (and honestly heart-breaking) take on Superman in the pages of Action Comics toward the end of the last decade. His Superman had always been rooted in his connection to the land, not to Earth as a vague concept, but to his parents and other loved ones. He fought hard for them, not for “humanity” as an abstract or, quite honestly, just anyone who comes along. Of course he cared about everyone. Of course. But that care had root. And that’s where I feel this volume falls down on the job.

There is no root to this Superman Johns is bringing us with the latest volume. He has a friend and (eventually) confidante in Jimmy Olsen, but no one in his life that instills that deep connection to the human race that Ma and Pa Kent or Lois Lane gave him. Jimmy’s a nice guy, but he isn’t cutting it by comparison. And neither does Ulysses, for a whole host of reasons.

The naive, new hero that pops on the scene — whose origin is nearly identical, but reversed, to Superman’s — isn’t the most compassionate, nor the brother Clark had never had. And in some ways, that’s no surprise. Despite what the character shares about the compassion of the world upon which he was raised, he is still alien. Still brought up in a world truly foreign to our own. The problem is, it almost seems like Superman was too.

But he wasn’t. And that’s a problem in this volume. Sure, there are some strong moments of loneliness and longing that Johns nails on the head, but none of connection or belonging. I don’t understand why this Superman fights for what he does other than it’s the right thing to do. But Superman isn’t about intellectual justice. He never has been. And the passion that drives his commitment to protecting others just isn’t on the page here.

Romita’s style doesn’t help that mission, unfortunately, as his flat, sketchy shapes don’t convey the level of emotion that I need to connect to Clark, Ulysses or any other character. Superman comes across as powerful, strong, maybe even stoic. But never a figure that I could project myself into or get past the surface on.

To be honest, the level of detail on these pages is slim, giving the entire volume an unfinished sketch quality that should give a sense of energy, but actually results in the opposite. These pages feel heavy, and rushed, with Superman’s eyes frequently feeling dead of character and life. Proportions invariably get squished under Romita’s pencils, and Janson’s inks unfortunately don’t strengthen the line enough to give the book a finished quality.

This volume just didn’t resonate with me, at the time of the single issues nor with the arrival of the collection. After several reads, I’m just not getting any deeper connection to the Superman, his nemesis, the supporting cast, or the humanity Clark is sworn to protect. Men of Tomorrow is a complete story, and not one that leads into the current run, so in some sense, I guess we’ll just do it all over again next time around. Here’s hoping for a closer connection for Clark and for us.