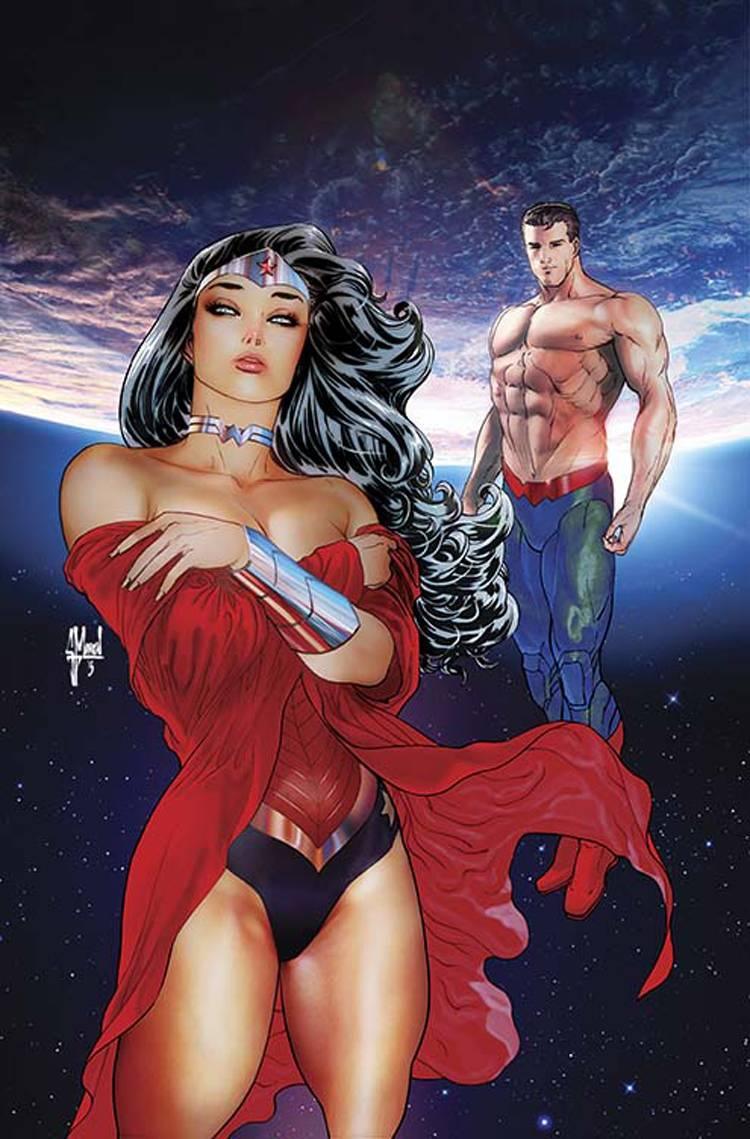 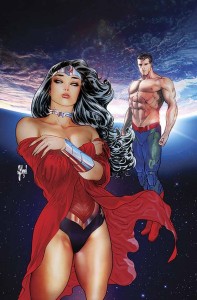 As Christmas looms and Diana wonders exactly what you get for the man who has everything, Superman gets a gift in the form of Zod — another survivor of Krypton and friend of his father — in the flesh. While he may not realize the danger he’s just welcomed into his home, the Man of Steel is about to face another problem: worldwide panic.

Charles Soule has an unenviable task in writing this title, for as much fun and adventurous as it may seem, passions run high when it comes to the Amazon Princess mixing it up with not-so-mild-mannered Clark Kent. Representing these two titans as eminently equal is almost understating the need to have Diana hold her own, and this issue seems to let her take a back seat on the action. That’s not to say Superman gets a whole lot of punching in either, in fact, as guest stars from the Justice League of America actually take center stage for a goodly portion of the issue.

But what Superman has in this issue is somewhat of a more personal reflection about his own humanity (in conversation with best bud Batman), while Diana is left to ponder what to buy him for Christmas. It’s not a vapid concern by any means, and in fact represents a microcosm of the differences between her and Clark culturally and historically, but it may be another opportunity for those looking for loose threads to pull at. If you are so inclined to appreciate the genuineness of the thought process from Diana’s part, however, it’s a sweet moment and that she shares it with her expatriate Amazonian friend Hessia makes it all the more endearing.

Zod’s appearance on Earth for what would seem to be the first time is curious, as the series of deaths that ensue are moving, until they are completely disregarded by the arriving JLA. If the team knew where Zod arrived, even if they didn’t encounter him quite there, wouldn’t they discover a pile of bodies the invader just stomped to death? No questions are asked as Superman and Wonder Woman arrive on the scene, and the resulting progression is a little bit convenient. But Zod’s actions and mentality in and of itself is a pretty fascinating look at the monster within a man and how quickly that must be subsumed in favor of guile and spycraft.

Tony Daniel’s work on the title continues to shine, with those scenes of Zod’s introduction standing out far and away as beautifully constructed for their quietness amidst a bit of gore and fury. Daniel of course manages the talking heads scenes well enough, but his flourish is really in these extended fight scenes. Given the room to spread out, the artist can deliver an impressive level of detail balanced finely against these wide open spaces — the desert, the moon, the Arctic — and how they reflect back on the expanse between Clark and Diana is then built into every page.

Another solid issue in what is clearly a touchstone for the entire DCU for the year to come, Superman/Wonder Woman #3 may fall short on action overall, but makes up the difference in honest conversation and reflection. Clearly a bridging issue to lead into a larger (likely bloody) confrontation on two fronts, this is a chapter that may make or break it for readers going forward. I’m on board for the long haul. Are you?