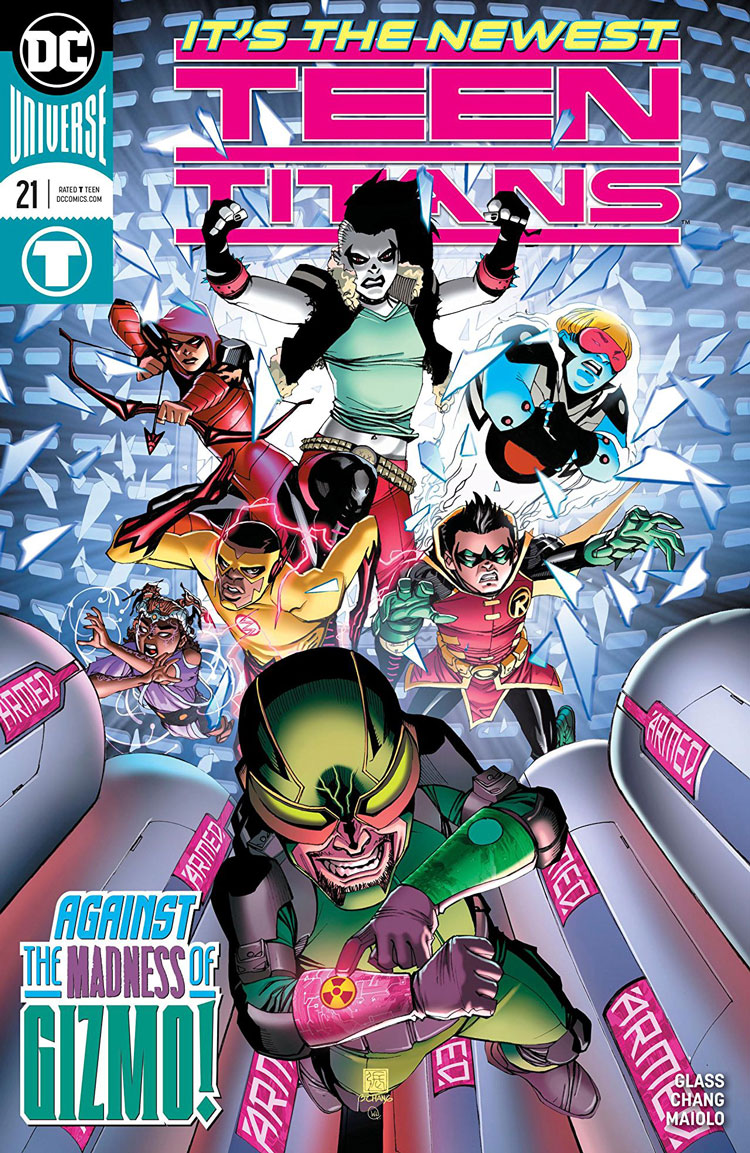 Damian and the gang spring into action in order to fight another dastardly foe, only for it all to go horribly awry in this issue of the Teen Titans!

This issue is basically an argument for Wally being the most important member of the Teen Titans. I don’t like that they partially show this by dialing back some well-earned character development Damian had in terms of killing villains, but this issue truly shows that despite Wally being cool with the idea of skirting the line, he definitely has the best moral compass on the team and seems to be the only one making sure everyone is okay and that they save everyone from destruction, even a villain.

Shout out to Crush for talking about those bra problems. Bras. Never fun. Sometimes needed if you have back problems due to boobs or society tells you to wear them. But, none the less, never fun. I also love Crush and Djinn’s relationship in this issue. It’s nice to see them talking to each other, they seem to have a good rapport. I like that they get along, work well together, and share more similarities than you would have thought. Their friendship is sweet.

The art in this issue conveys the tension of a counting clock to eventual doom, a constant rush of characters trying to scramble and improv during a situation that they are definitely not prepared for, even if they don’t want to admit it. I almost feel like the moral of the story is a group of teens, super powers or no super powers, probably should not be in charge of trying to stop a bomb from exploding within four minutes, and the art in this issue really emphasizes that.

The coloring is superb. For a comic with an underlying dark narrative, the bright colors really lighten the mood and pop off the page, making every panel fun, even when things escalate quickly.

I’d say my favorite piece of art is the beginning splash with all the Teen Titans. I appreciate that none of the ladies are stuck in the stereotypical girl poses that some super heroes are drawn into. I like that each of their poses conveys some of their personality, what their fighting style is. It’s a good splash.

If you’re looking for something surprisingly dark, I’d say read Teen Titans. It’ll be easy to get into, since I believe it basically revamped itself around issue #20 and you can just start reading from there. I have mixed feelings about the cliffhanger this issue, but I’m still interested in seeing the fall out next month.