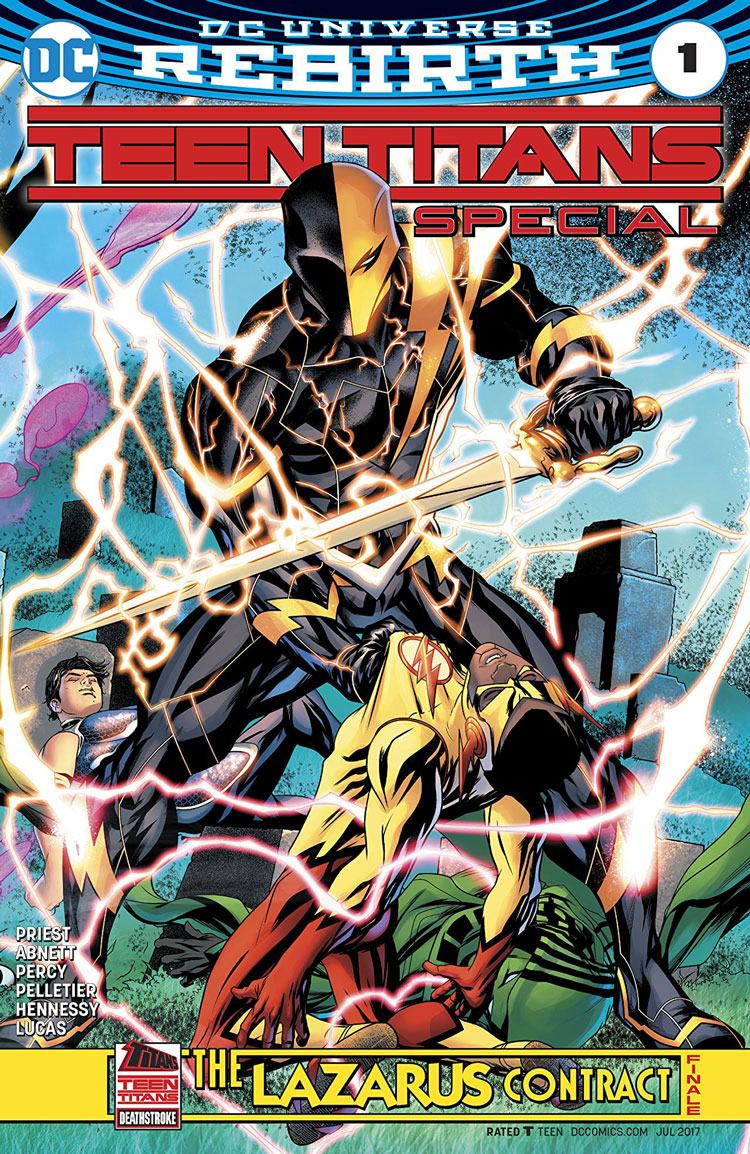 Priest has done well balancing the seriousness and hilarity that comes with writing any version of the Teen Titans. While I know Grant Wilson is pretty dumb from his interactions with the Titans in previous iterations, who knew he was so dumb that he can’t see that someone performing a Nickelback medley on an electric guitar that isn’t even plugged in is a red flag. I’m not sure if that is brilliant writing to prove just how stupid Grant is or just flawed ideas of what the cool hipsters do these days, but it’s pretty great.

The running gag of newbie Aqualad always being forgotten is hilarious as well as Damian’s general attitude in life. His villain personality contained in a superhero always brings me joy. Damian trying to be a soothing presence in a crisis situation in itself is fantastically funny and a little heartbreaking. I also love that it’s a sign that the Titans are truly in over their heads when Beast Boy seems to be the voice of reason in the beginning of the issue.

Pelletier and Hennessy provide an artstyle that harkens back to the earlier iterations of the team with a more contemporary polish to it. I love the detail that goes into certain aspects of the character design. You don’t always see characters drawn with different facial structures, and I appreciate seeing that.

While the action scenes are fun, I probably enjoy the more mystical and fantastical scenes the most. Psychic bonds, astral projections, consciousness transferring – the panels where these insane mystical abilities begin to pile on one another are interesting to look at and I find the creativity in them well thought out, as far as magical powers go.

If you love the Teen Titans, you should check out Teen Titans Annual. If you don’t know much about the team and have never read anything they’re in, I suggest doing some reading before you start with this title. However, this is a Titans comic any fan would be happy with.