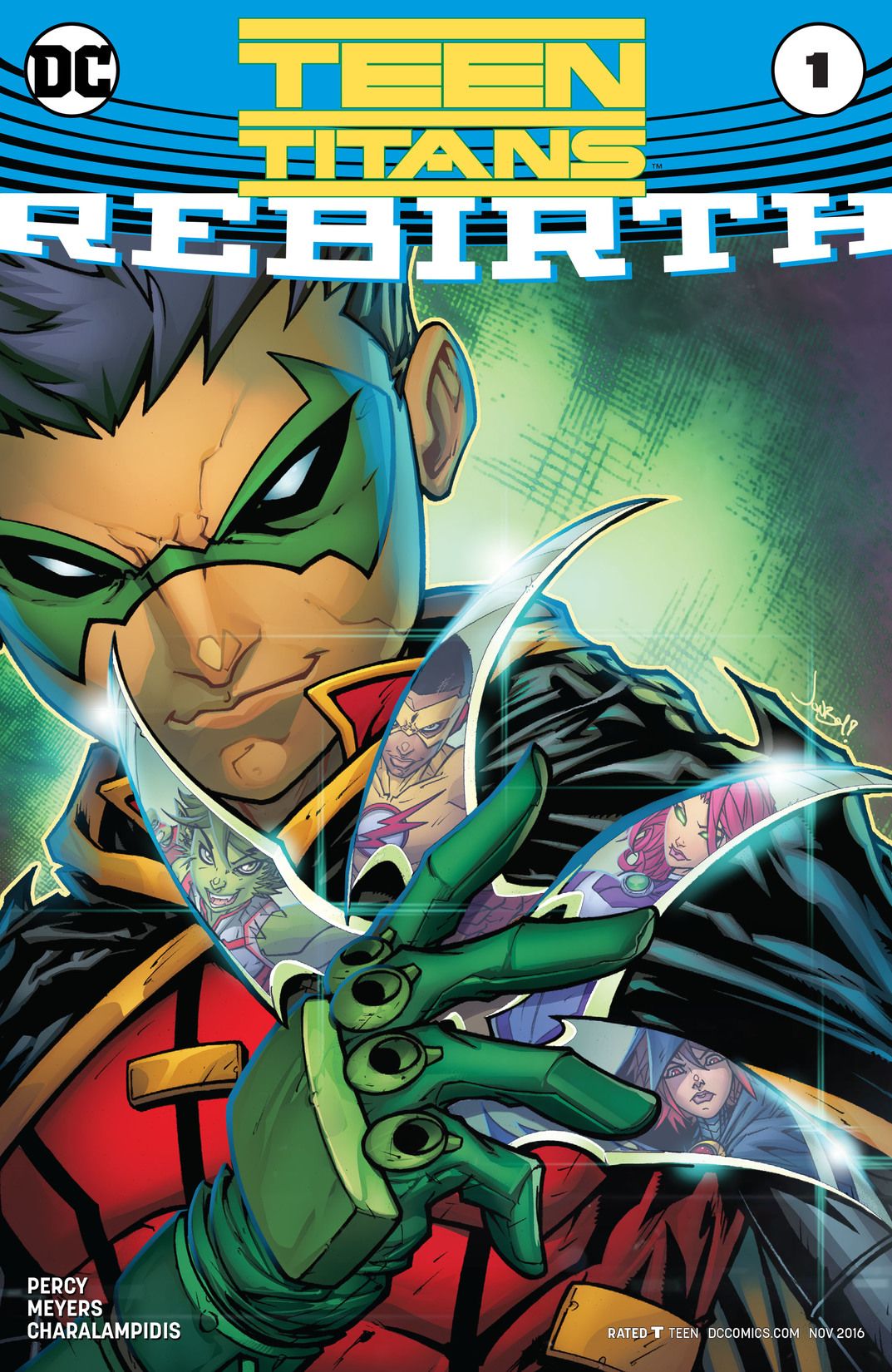 I’m sure you’re wondering how these Teen Titans were brought together.

Gar, Raven, Starfire, and Wally are living life in different parts of the world. One moment finds them off guard, leading to their capture by a mysterious figure. As they are restrained, they come face to face with their assailant, who has his own plans for himself and for these Teen Titans.

I was worried we were going to have a rehash of the New 52 Teen Titans premise, which was not the greatest and drew on far too long. The end of the issue though was a nice surprise, hinting at a new era for the Titans that may be fresh and interesting.

While I liked the story overall, some things seemed odd. I’m not sure how to gauge the age of the characters, especially with the inclusion of Starfire, leaving me wondering how they are going to interact with each other and what roles they will play. It would seem odd to cast Starfire with similar behavior to the other Titans, given the context of her relationship with Dick, and Gar’s behavior strikes me as strange, like a bit of a jump, even for him. Fixing these issues will be helpful for character and story cohesion down the road.

Ben Percy and Jonboy Meyers have reintroduced the Teen Titans with an amped up story right out the gate. I like that each of the team members appears, albeit under dire circumstances. We know there’s a “surprise” sixth member, but it’s nice to not have to wait and experience the slow burn of reveal for the core team. Percy and Meyers seem to get the Titans, though Beast Boy’s characterization feels off given the circumstances.

This issue aside, I like Percy and Meyers’ set up. It’s perfect for the Rebirth issue and could potentially set up some entertaining stories with interesting character interaction, particularly with the arrival of Damien in the final pages of the issue. Ever the little scamp, his reveal makes a lot of sense given his typical mode of interacting with others and provides a thought provoking beginning for this new team of Titans.

Percy and Meyers decided to play double threat with Teen Titans: Rebirth, not only setting up the team in terms of story but art. I like this sharp and stylistic take on the Titans because it feels fun and has the capacity for deeper meaning and emotions. Along with Jim Charalampidis, this team excels by invoking a particular style that sets the Teen Titans apart, an accomplishment which I feel helps distinguish them from the rest of the DC line and that I hope continues to convey youth and fun, even in serious moments.

Charalampidis infuses energy into the Titans with vibrant and lively colors. Each scene has a distinct presence because of Charalampidis’ efforts, which help to elucidate the characters and their powers. Each of the scenes brings forth feelings that match the characters in them. Starfire’s scene is bright and warm, while Raven’s is dark and murky. These artistic elements are important for adding layers of effect from color to setting to character.

I’m more pumped about this series than I thought I’d be. This one-shot is setting the stage for a Teen Titans that could lose the more serious tone the series has had for the past five years. I do have my reservations, largely regarding characterization and overall feel for the series, but I also have faith that this team is going to do something right. I look forward to seeing how things play out, because this Rebirth issue has a lot of potential. Let’s hope it lives up to it and brings back a Teen Titans series that has life, joy, and family.