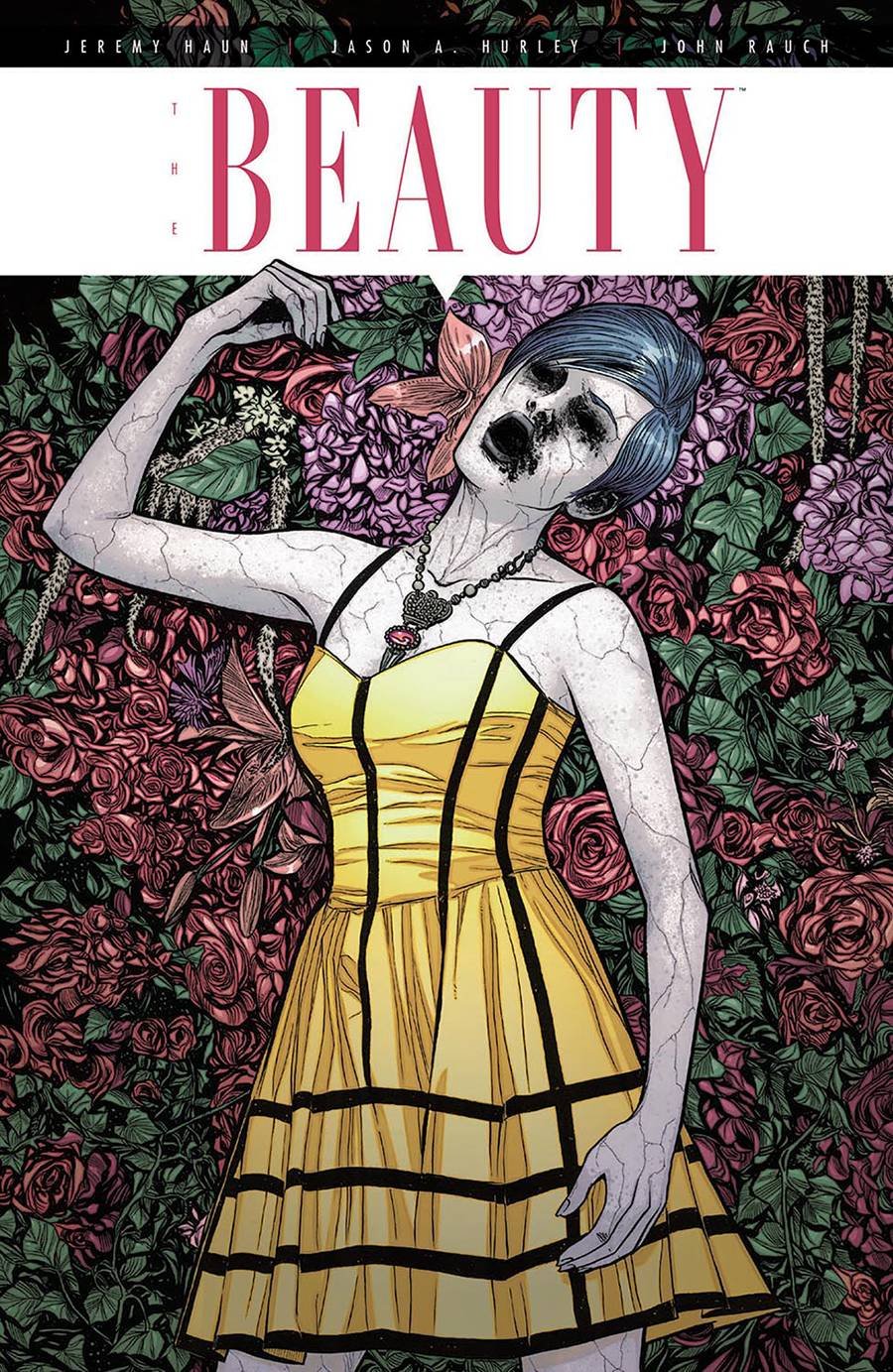 The Beauty is a new sexually transmitted disease that makes those who contract it wildly attractive. However, the disease has taken a turn for the worse as some Beauties are combusting, while others are being targeted by terrorists and killers. Detectives Vaughn and Foster are thrown into a deeper mystery regarding the Beauty than they expected, as they come across a conspiracy to cover up the deaths of people with the disease. Their exploits take them through seedy corners to unravel whatever they can as bodies fall around them, eventually ending with a surprise sure to turn the tides for our detectives in their beautiful world.

The premise of The Beauty had some promise initially. A disease that makes you “attractive,” perfecting physical attributes like skin and hair. I was waiting to see what would be in store, and there were definitely some surprises throughout the plot. Ultimately though, the story fell a bit short for me. There was maybe an overemphasis on the mystery, with surprisingly few details revealed through the course of the story. Also, some characters felt randomly embedded in the story with little background, detail, or real presence, leading to more questions rather than solving apparent plot threads.

Jeremy Haun and Jason A. Hurley create somewhat realistic characters who are responding to their circumstances in believable ways. Being shot at and gaining a disease that could make your head explode would likely lead anyone to drop a plethora of f-bombs. The main characters’ reactions make sense given they are put through six chapters of intense stress of all sorts of manners. The story itself, though, leaves a bit to be desired, as some plot points, such as the context of Foster becoming infected with the Beauty. There’s an obvious implication regarding this element, but it maybe was a bit too subtle.

Overall the art well done and rather polished. Jeremy Haun does well with creating realistic bodies and forms and is a master of portraying a wide variety of environments and movement. There were some particularly grotesque scenes and elements throughout the volume that are immaculately done. John Rauch’s colors help convey the dark tone of the story, which helps to bring home that the events throughout are rather dismal. There’s no real happy ending, so the art isn’t especially bright, an important element in creating the atmosphere and tone of The Beauty.

My only point of contention with the art was the appearance of the Beauties. I recognize the difficulty in distinguishing who’s “attractive” and who isn’t, as some characters had more appealing visages despite not having the Beauty. However, what distinguishes the Beauties in the first issue is a weird, eerie, and ethereal glow. This distinction was excellent, as it really showed how different they were from everyday people. Yet, as the volume progressed past the first chapter, the Beauties were less distinguishable, to the point that there are some scenes in which they don’t appear to be that different at all, or they seemed to sporadically differ at various points.

In all, the first volume of The Beauty was okay and by no means bad. The plot could have been more clear and characters used more effectively, which I hope comes to fruition as the next issue rolls out in May. If you like stories with heavy mystery, cop, and disease elements, I say go for it, as there’s plenty of that in store. Otherwise, I say The Beauty is intriguing enough of a premise while the execution wasn’t my cup of tea.