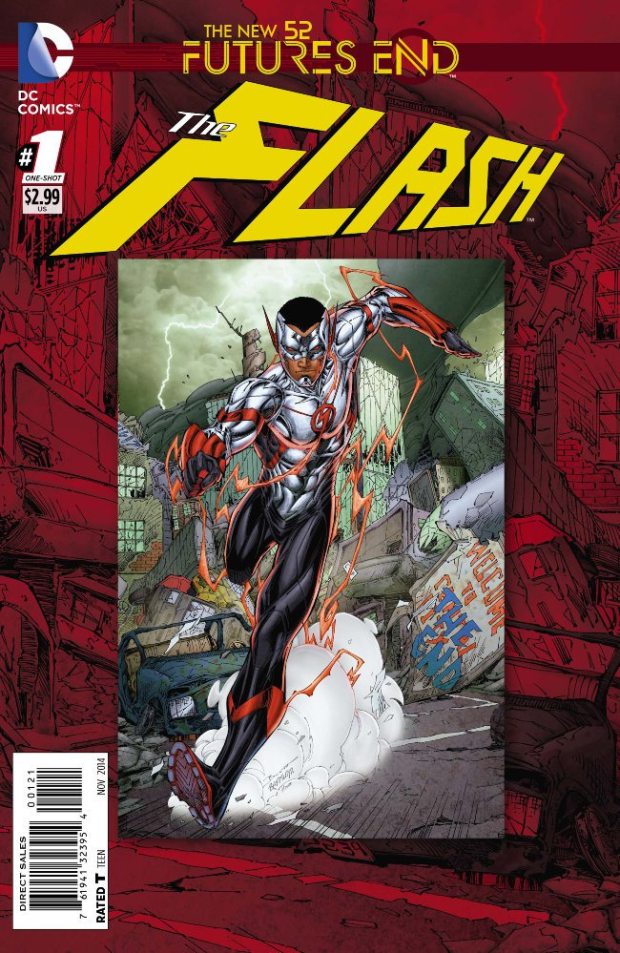 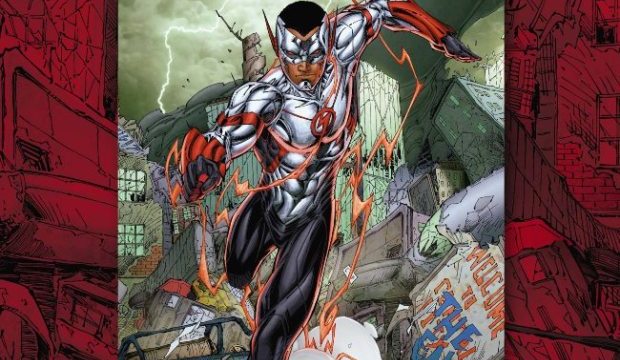 Let no one say this event has no effect the current time line of comics: this one is a must read for fans of The Flash.

Robert Venditti and Van Jensen team with regular artist Brett Booth to continue their storyline even through the Futures End event, and the deliver a solid issue because of it. Rather than having a Flash issue that is written and drawn by fill-ins and feels slightly off base, fans of the fastest man alive get the “real deal” in a 5 years later story that has a direct effect on the proceedings of the monthly book. I know I said it already, but Flash fans have got to give this one a go.

Venditti and Jensen are getting stronger as they go with this storyline and this story has a lot to like in it. Readers are given some Flash vs. Flash interactions with a dose of Reverse Flash, and there is more speed in this issue than you can handle. The writers craft a break neck thriller in this issue and they wrap it up in an exciting way that changes the dynamic of the entire Flash universe in a crazy way. I’ll be honest, I didn’t see a few of these twists coming, and that makes this comic a lot of fun. Future Flash brings a lot of energy into this issue and title, and I am very excited to see where things go with this character in the future. Venditti and Jensen obviously have plans for them, and with the strength of this issue, I have a great amount of faith this is going to go in a good direction. And, Wally fans, I will confirm that the cover is not a lie. Big things are coming for Wally West.

Brett Booth brings the electricity to the issue, penciling a multitude of speedsters, each blazing through the issue at immense speeds. He captures the speed, and the nature of the Speed Force, very well. Lightning is ripping through every page and the kinetic force of this comic is palpable. Booth’s strengths are highlighted in this story and he and the duo of writers are getting tighter in sync in this story. This issue is some of his strongest work on The Flash thus far, and damn, whenever that Future Flash is on the page it is like a jolt of lightning flying through the comic.

Venditti, Jensen and Booth deliver a strong issue in The Flash: Futures End #1. This issue deals with the concept of Futures End well while not betraying the current series. Get me the next issue, stat….I have a need….for speed.