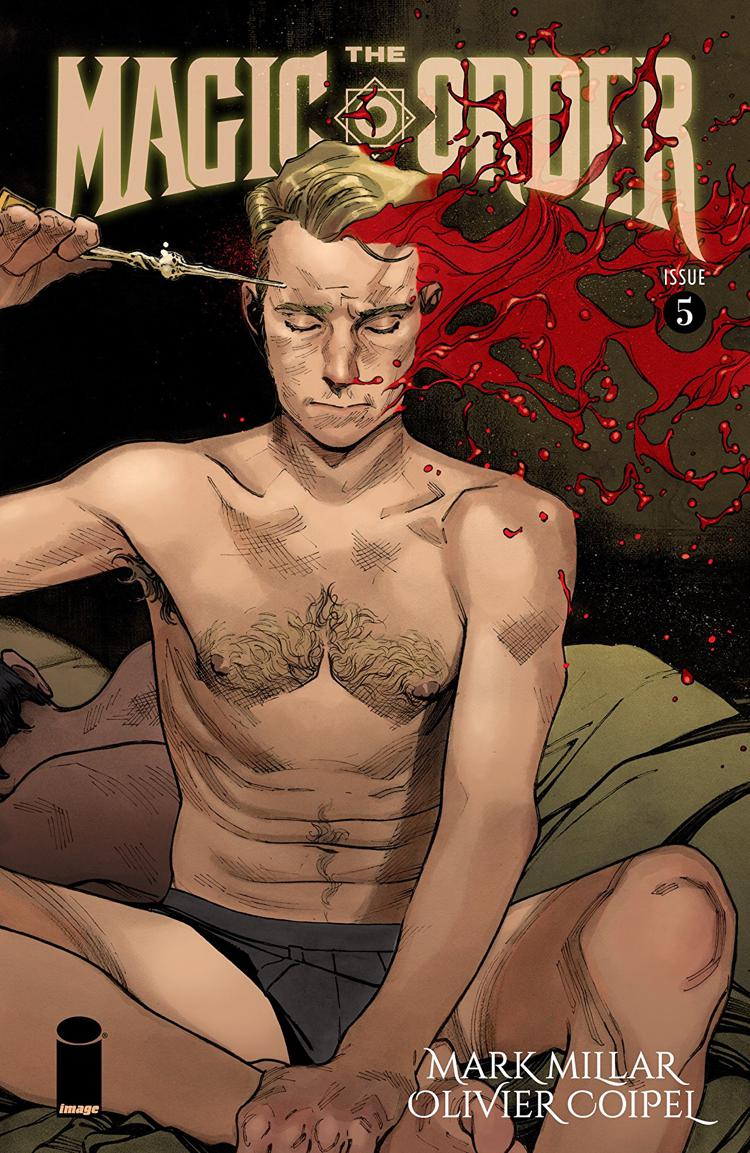 Full of murder, magic, mayhem, and betrayal Mark Millar’s The Magic Order #5 is another stellar entry into quite possibly one of the best books of 2018.

The Magic Order can best be described as if Harry Potter grew up, left Hogwarts, and then joined up with a magical mob family. Full of twists turns and surprises, issue #5 of the series solidifies Mark Millar as one of the top world builders in comics. Millar’s imagination and creative genius are on full display with a colorful cast of characters, locations, and uses of magic. In issue #4, after the death of the Moonstone family patriarch Leonard, we get a closer look at the relationship between the Moonstone children and issue #5 puts them on the center stage. With Gabriel returning to magic, the Moonstone siblings unite to move against Madam Albany in an attempt to not only avenge their father and fallen comrades but also as a means to protect the Magic Order and crush her plans.

Mark Millar does an absolutely outstanding job of crafting and staying true to the personalities of the three Moonstone siblings. He presents the readers with deeply flawed characters each one dealing with their own inner demons and each one coping with those demons in the best way that they know how. With this issue more than any other we really get to see the magic of the world Millar is establishing on full display. I won’t spoil too much, but I will say that Millar gives these characters some pretty interesting powers and he employs to really fun uses of their magic.

As always, the phenomenal Olivier Coipel provides breathtaking art that perfectly captures both the gritty and eccentric nature of Millar’s story. Coipel’s art is the delicious icing atop a fantastic cake, meticulously baked by Mark Millar that melds together to form the perfect marriage of ingredients. Coipel’s art gives not just this issue, but the entire series, the feel of an old magician’s stage poster and it works.

Overall, The Magic Order #5 is a riveting tale of betrayal, deception, lies, and subverted expectations. Millar delivers a stunning plot twist that proves any magician whose worth his magic always has a trick up his sleeve. The Magic Order #5 is a thrilling read with a jaw-dropping turn that will leave you slumped in your chair and a conclusion that will have you frantically waiting for issue #6 to drop. The thing that I loved most about this issue is that it puts Millar’s ability to leave a reader at the edge of their seat in full effect and I cannot wait for the next issue to drop. The Magic Order continues to be one of the best comic series of 2018 and an absolute pleasure to read.