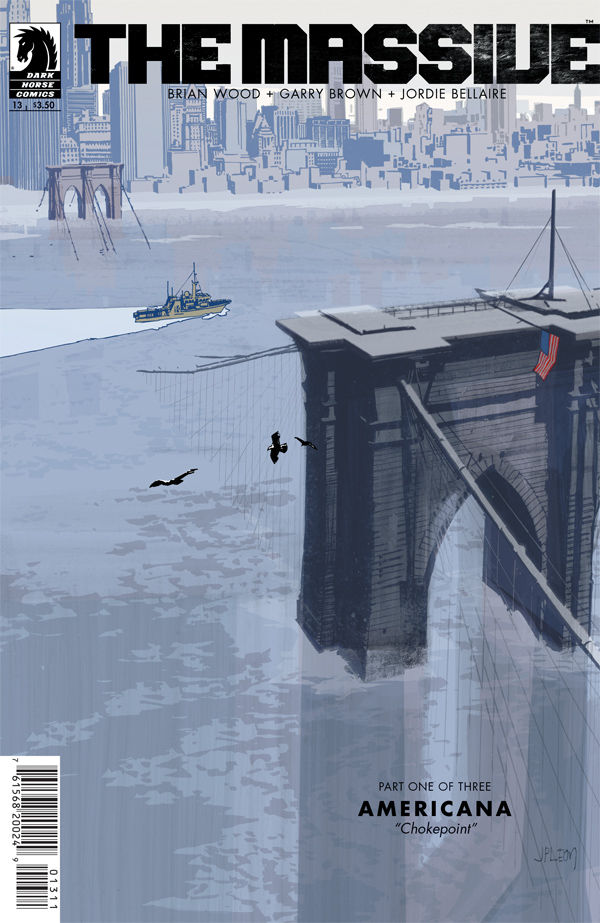 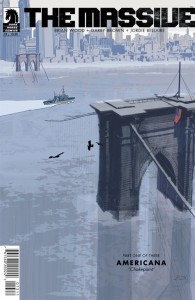 Thirteen issues into The Massive, Brian Wood is keeping this series as dynamic as ever.

The quest for the Massive has taken a back seat for the moment as the Kapital and her crew make their way to the East coast of America to search for the renegade Lars and his nuclear sub. As with each of the issues of The Massive prior to this one, we slowly learn some back story about more of the crew, unfolding the mystery a little more but never giving readers the whole story. Wood gives readers a fascinating back story of how the crash affected the Eastern seaboard and destabilized the economic and social structure of America. Wood’s script perfectly balances past and present, not lingering in either storyline too long and merging them together to form a fantastic narrative package. This story is going in some really interesting directions and as has become typical for The Massive, the last page was a shocker.

Garry Brown’s artwork is strong throughout the issue, and while the guest artists were very good, it is nice to see the series artist return. His pencils are sharp throughout the issue, with his environment work just as strong as his character work. Brown is penciling some grand environmental events in this issue and he handles the challenge well. Jordie Bellaire’s colours compliment Brown’s pencils well, and her work provides a great distinguishing element between the past and the present. The art really creates a unique feel in this comic and blends with Wood’s script brilliantly.

Issue #13 of The Massive is another strong offering in a series that has been fantastic. The final page was a total shocker and sets up what could be a dynamic issue #14 in this ever changing comic.