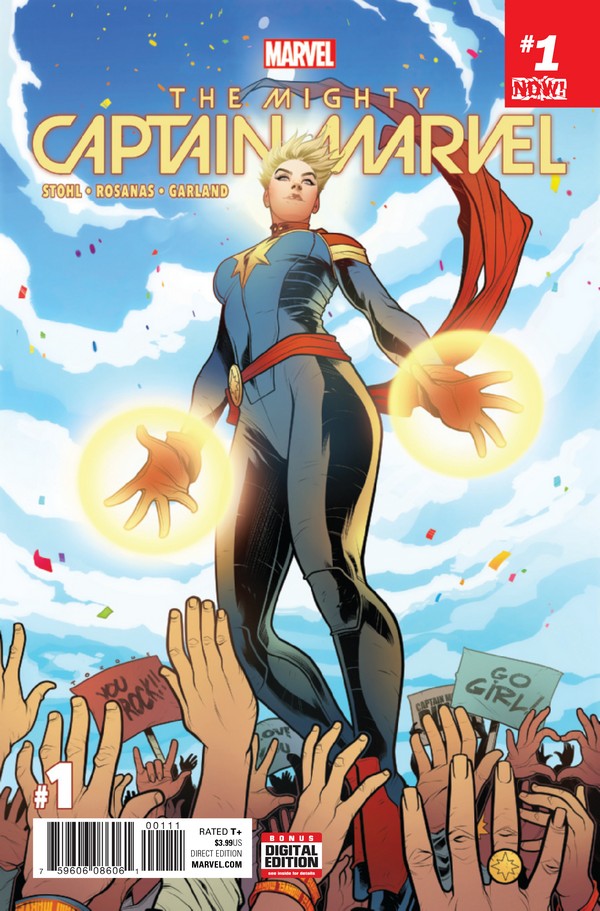 Carol is working on putting things back together, but she’s not happy that it involves a reality series funding Alpha Flight. Despite the economic woes, she comes to the rescue of a young Kree refugee, finding even more trouble in the alien crisis. She’s going to find a way to do what she can, but may find herself up against a startling threat.

I was amazed at how direct this story was regarding alien refugees and how much it relates to current politics. The striking thing about Carol in this issue is that she seems to be diametrically opposite to the past few months with Civil War II. In fact, Margaret Stohl is slowly piecing together the parts of Carol’s character that were broken down bit by bit in other stories. I feel like this is a return to the true spirit of the woman with the star on her chest, and it is a welcome change from much of what we’ve seen.

Ramon Rosanas and Michael Garland use understated visuals that help the story express itself more fully. There isn’t a wide range of colors, but there also don’t need to be, as the warm pages convey what they need to, while the more cool schemes mimic the feelings of isolation reminiscent of Carol and the various aliens that appear in the issue, all thanks to Garland. Rosanas uses just enough detail in faces to demonstrate emotion, while using an incredible amount in each of their environments. I love the light, neat lines which infuse an important levity that would be missing if the linework was more dense, potentially making the story much heavier than it needed to be.

If you’re looking for a Captain Marvel who is owning up to her mistakes but still willing to fight, even when at odds with others, then this is the story for you. Stohl is doing something so very right with Carol and I’m grateful. I’m excited for where this story goes and it has certainly revitalized my love for Carol, which never truly left, by making her human rather than mischaracterized moral cannon fodder. With Rosanas, Garland, Joe Caramagna, and Anthony Gambino in tow, The Mighty Captain Marvel is telling the story it needs to with delicacy and deliberation.