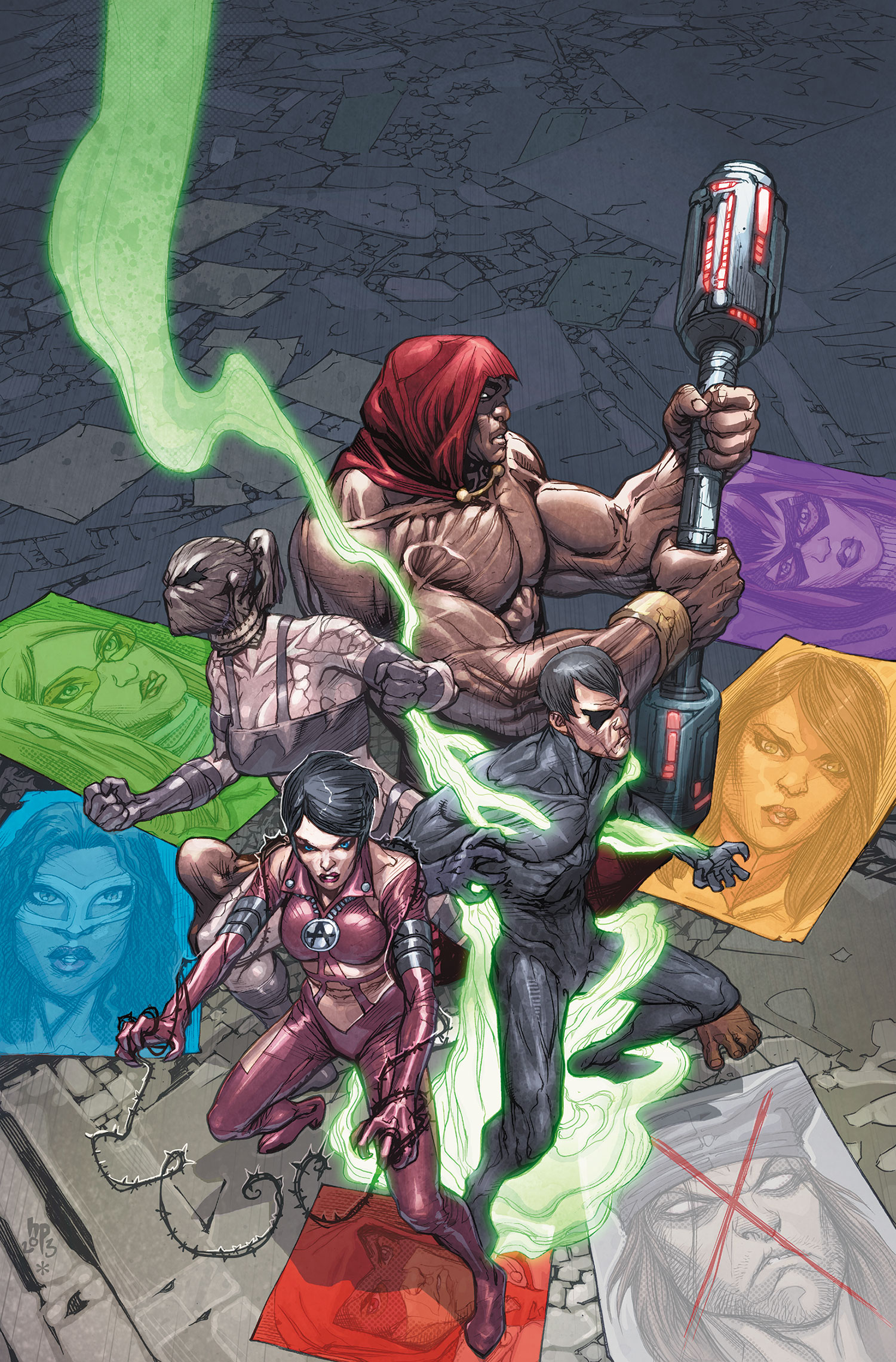 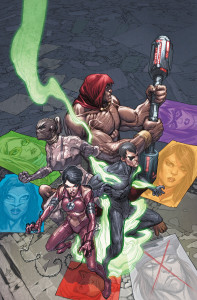 As the Graveyard Faction — a team of super-powered hitmen employed by the power brokers of Coral City — descend on the Movement, it’s time for Vengeance Moth to come out of her shell (cocoon?) and defend the masses. But can she handle the job solo with the rest of the team rushing to Mouse’s side after a devastating attack?

Simone has been building up a team and an environment in The Movement that we don’t see very often in comic books. Sure, Gotham City is corrupt, but it has the Batman (and family) as significant counterpoints in the war on justice. Its police are relatively above board, and its citizens are more prone to danger being the unexpected than the normal. Coral City has had none of these protections, with a significant level of poverty that crosses all gender and racial lines, but locates power distinctly in the lands of the corrupt politicians and money-makers in town. Coral City truly needs a movement to experience change, and even then, it’s not all that easy.

The writer’s devotion to both unique characterizations and diversified representations serves her well here in a title that’s found its significant footing plot-wise. With this issue’s focus on Vengeance Moth, a young recovering addict who lives with Multiple Sclerosis and travels via wheelchair, we get another well-rounded character with unique problems and even more unique powers. Aptly named, VM — simply put — can kick some serious ass, and is a welcome addition to the very small pantheon of physically-challenged characters who prove the limits of one’s accomplishments, in a comic book or not, cannot be defined by physical disability. Giving no less attention to Burden, who may or may not be experiencing mental illness of a sort, Simone rounds up the issue with a lead-in to what could very well be the turning point in the ensuing battle, and all done so with exceptional care being given to the cost involved on the heroes’ side.

Freddie E. Williams III knocks it out of the park this issue, with a great blend of crisp description of detail and just enough roughness to reflect Coral City’s dirty foundations. I started out with The Movement acknowledging the appropriateness of the rougher style to the subject matter, but not necessarily loving the art for itself. I’m growing quite fond of Williams’ style here, and it seems to partner with Simone’s writing so exceptionally to bring each character’s emotions right to the surface of their faces and body language. When Vengeance Moth is in pain, you feel it. When Burden questions his sexuality, you just want to hug him. That’s some great delivery on the goods, particularly considering we are dealing with all new characters.

The Movement may not appear to be the flashiest book on the stands, but it deserves your attention (and hopefully some buoying first trade paperback sales) to keep quality work like this coming out month after month. Characters like Virtue and Katharsis, Vengeance Moth and Burden, need to be supported — and not just because they represent traditionally underrepresented character types, but because they are truly unique and brilliant contributions to the DC Universe. These are our new Teen Titans or New Mutants, people. Let’s get this book into more hands and dog-ear some pages with love.