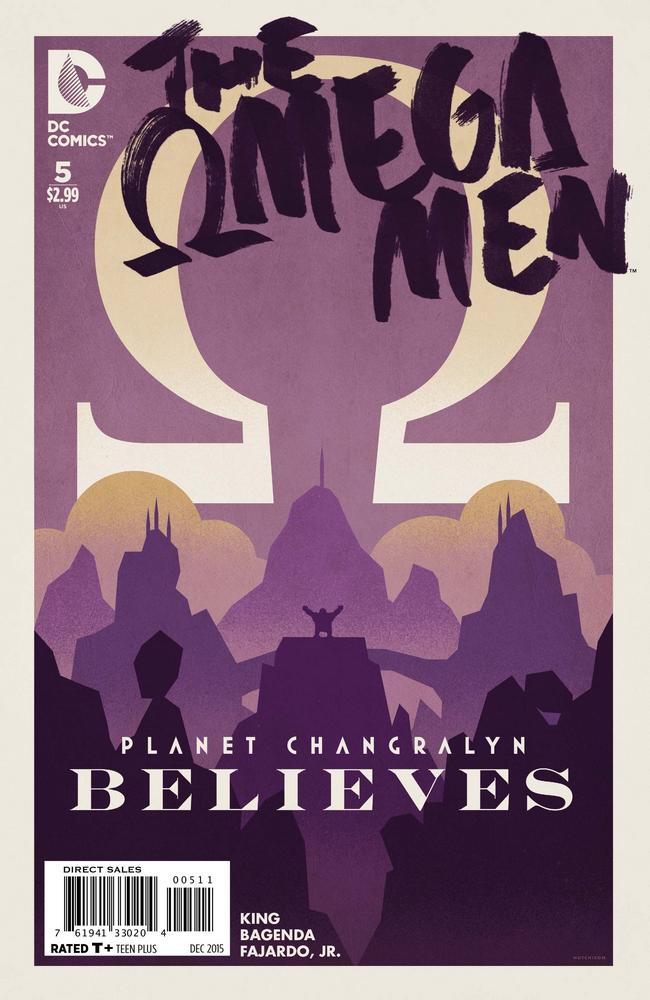 Comics’ most unique space opera with some of the nastiest bastards you’ll read continues with a fifth issue that is full of religious commentary, some solid action and some great character work.

The cry from fans to save The Omega Men was loud for a simple reason: it’s a damn good series with some interesting and unique characters. The tone of The Omega Men is like nothing else and King and Bagenda maintain that dark fun in issue #5. This comic…I’m not sure how to fully express this, but it simmers with an immense amount of tension at all times. Bagenda’s pencils and Fajardo’s dark tones create a mood that can be fully encapsulated in the word “brooding”, with King’s dialogue filled with so much tension I find myself constantly waiting for the powder keg to explode. The combination of the work from these creators is special, and this comic is completely unlike anything else coming out from the Big Two at this moment.

These characters are, for the most part, deplorable and what I find the most interesting about this issue is that I do not like a single character in the entire thing. I don’t hate them all, but they all operate in the shadows enough that I can’t fully root for any, as I have no idea what game they are playing. It’s somewhat like watching a space version of Mad Men for me…and I really enjoy every second of it.

King’s dialogue is strong and the darkness in these characters is amazing. Kyle Rayner sticks out like a sore thumb, as he should, but the confusion about the role he plays in all of this is excellent. He’s weaving an intricate and entertaining tale here and when I open up an issue of The Omega Men, I fully expect King to draw me into a world and not let me loose for the duration of the issue. Thus far, he has succeeded.

Barnaby Bagenda’s work in this issue is strong and so…so very moody. His work, with Romulo Fajardo Jr.’s colours, paints a perfect mood for these terrible characters to exist in. It really feels like in every panel there are dirty deeds occurring, and the confusion about the end goals of the characters is ever present in the artwork. This is a book of shadows and Bagenda handles that perfectly. When needed, he unleashes some power as well, showing great range and making this book even more unique.

The Omega Men #5 is a rock solid comic that continues to dig deeper into the tale of this very different set of characters. I can’t wait to get my hands on #6, as this series has my full attention at this point. I highly recommend you snag back issues and join in for the ride, King and Bagenda are taking readers on a fun one.