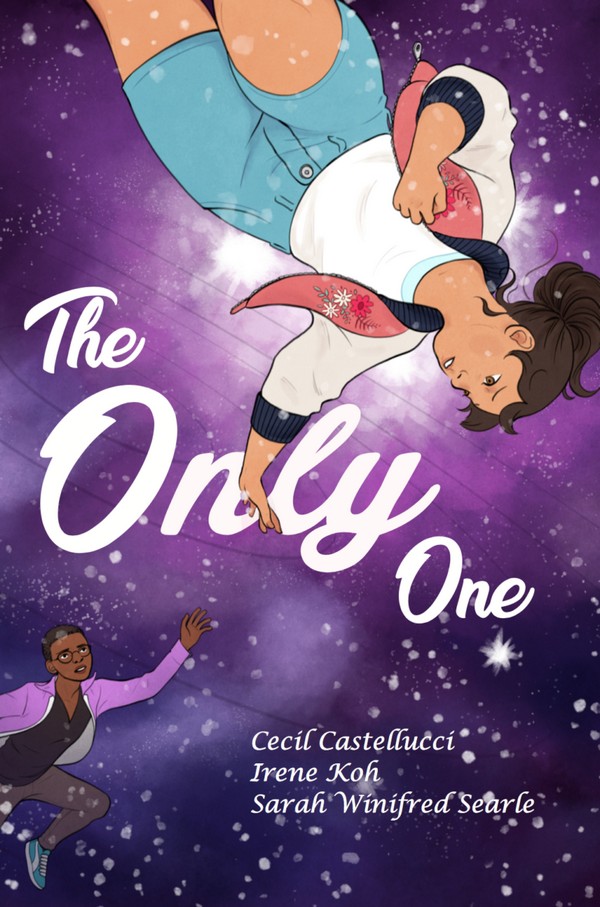 The Only One is a ten-page tale about unrequited but lingering love. Written by Cecil Castellucci and drawn by Sarah Winifred Searle, The Only One is a tale taken from the pages of Fresh Romance and given its own spotlight.

Castellucci leads the tale off with a text piece, letting the reader know what to expect in the pages ahead, but her introduction pales in comparison to the romantic tale in The Only One. Beginning in high school, the story introduces readers to Gigi, a freshman, and Eugene, a junior. The two attend astronomy club together, Eugene favoring stars while Gigi prefers to partake of knowledge about the planets. But the kicker is that Gigi harbors a crush on Eugene, who is completely indifferent.

The cast of The Only One is small, but memorable, focused on Gigi and Eugene, metaphoric planet and star around which the planet orbits, respectively. Other bodies cross the panels, but these two are the only ones that matter throughout this issue. Castellucci is therefore able to give readers plenty to relate to, situations to understand, and dialog that flows naturally. The story has a few swerves, as Castellucci paces the relationship throughout time, from the high school science fair to a retirement community and beyond.

Searle’s art is friendly and animated, not overly detailed, but specific enough to give readers enough information about the people, their surroundings, and their attitudes. Likewise, colorist Irene Koh brings a natural appearance to the tale, frequently adding gradiated backgrounds to describe lighting and propel the characters towards the reader.

The Only One is a nice little Valentine’s tale, with plenty of emotional resonance from start to finish. Castellucci does a nice job presenting a presumably therapeutic tale that has enough common threads for readers to grab onto. I’m certainly intrigued by Emet Comics’ offering and just might dig deeper into Fresh Romance a bit at some point in the future.