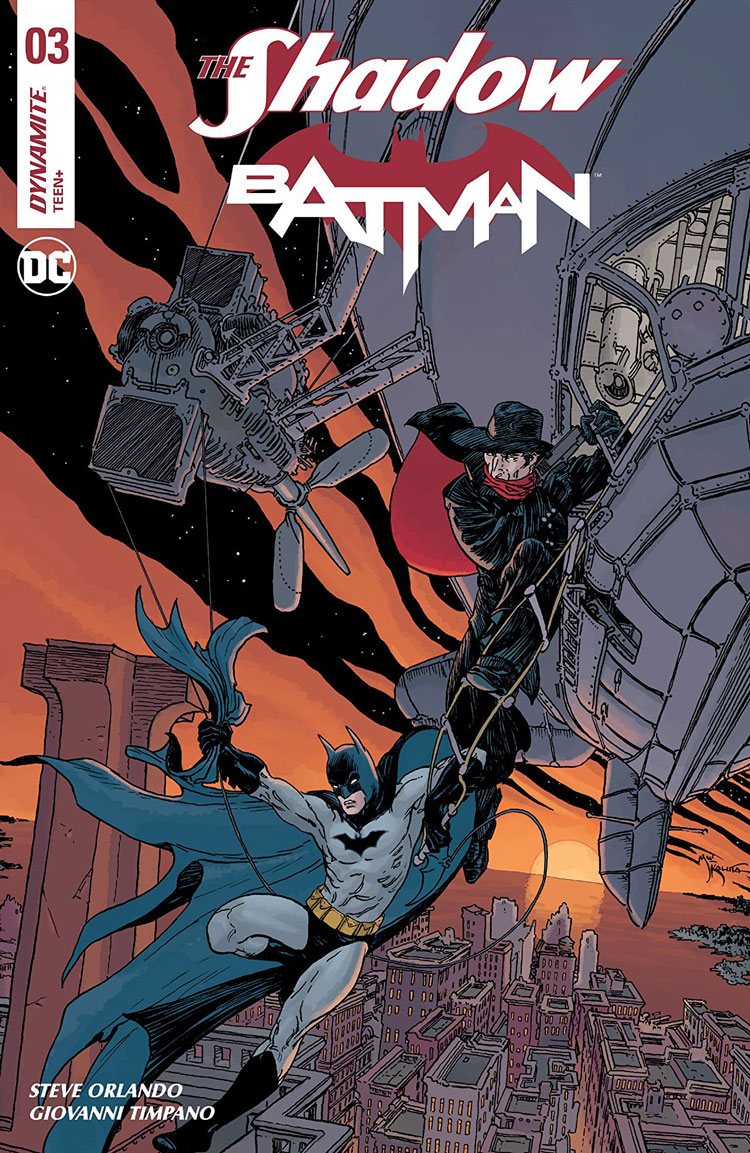 Batman and the Shadow begin their campaign, trying to take down the Silent Seven under their shaky truce. But will the two truly be able to make a dent in the cunning league’s devious grip on the world? Find out in this latest issue of The Shadow/Batman!

Orlando’s character work is, as always, fantastic in this issue. There’s something fun about the melodrama that envelopes Shiwan Khan, something great about his ‘I own everything and I’ll break everything that doesn’t agree with me’ kind of attitude. I love how the Shadow’s character development is tied to the events of the last crossover. I like the vulnerability in the Shadow and how the death of Margo Lane is truly making him question who he is without her, even if I’m not much of a fan of fridging for man pain.

One thing I am most excited about is the impact that the plot twist at the very end of the issue will have on a particular character in the upcoming issues. I won’t say exactly what happened, but it is a great turn of events that makes me wonder if any of the main characters in this plot are safe from death.

The art is great. Very noir scenes sprawl throughout the issue and the tone feels very the Shadow. I’d say my favorite pieces of art throughout the comic come from the fight sequence at the very end. There’s a great use of fluidity and motion to it that feels both chaotic and meticulous.

I like the coloring of it all. The whites and yellow of shamba-la’s palette compared to the cold coloring of the gritty world the Shadow is stuck dealing with are a great contrast.

While I did like the art, I would say the paneling is the star here. The paneling is really well done throughout the comic. Layouts aren’t always something that are played with in ever comic, so I like the unique choices in dutch angles and the window paneling around the midpoint of the issue. I like the effort placed into it.

If you liked the crossover DC did for Batman/The Shadow, you’d probably like the Shadow/Batman. I’d definitely say start at the beginning of the arc in order to fully understand what’s going on, but this was overall a good issue and I can’t wait for the next one.