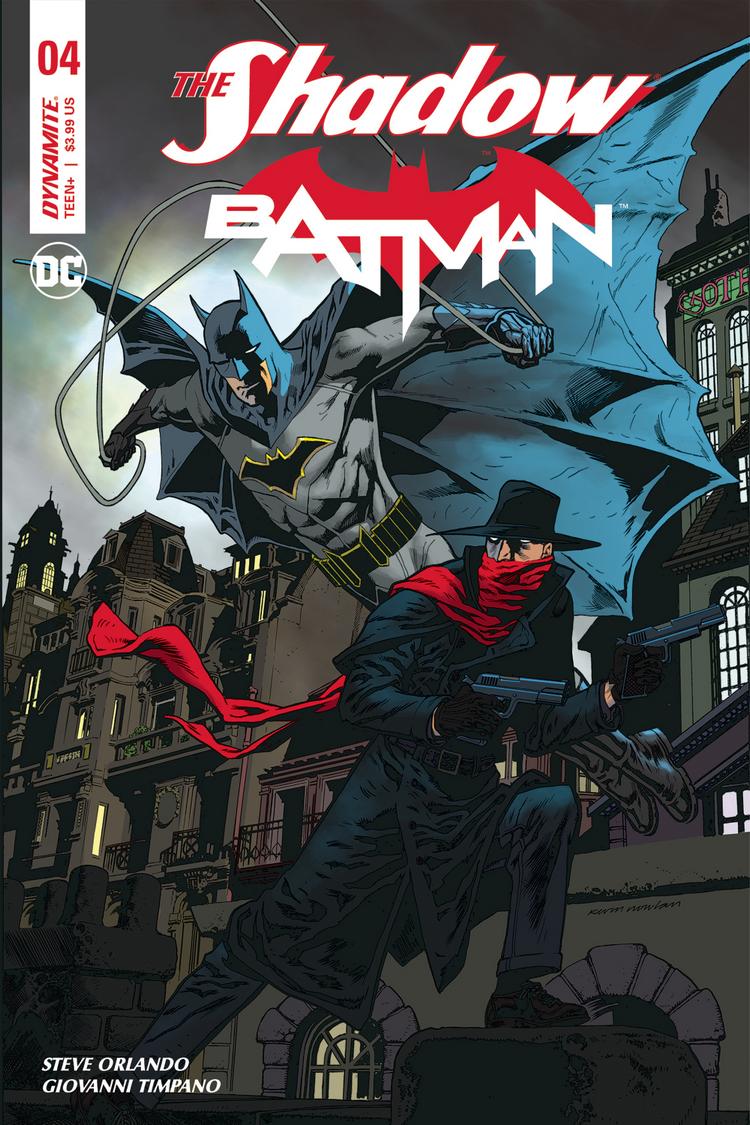 As the twist of events from last issue plays out, Batman points a gun at the Shadow, Shiwan Khan supposedly in control of him. Will Batman pull the trigger? Find out in this latest issue of The Shadow/Batman!

Orlando, as always, does a great job in writing well thought out and well spoken characters. However, there is one particular thing Batman does in the comic that I find a bit odd. Why, if Batman himself tells Alfred that Shiwan Khan could be controlling his body at any moment, would Bruce choose to perform first aid on Alfred, especially when Alfred said he could perform it on himself just fine? Why take the risk of accidentally stabbing Alfred or something?

Other than that, the comic is really well done. While not the funniest of the issues, I love the deep dive into Batman and his insecurities about potentially being a puppet for a terrible man, the exploration of the Shadow’s guilt and self-hate, the delving into Damian’s relationship with his grandfather. There’s a lot of really great character development in this issue.

Timpano has a great eye for action. From Damian’s acrobatics to Batman trying to save himself from the crumbling building he finds himself in, Timpano provides great fluidity and a feeling of motion to his scenes. There are a few choice action scenes throughout the issue, but I would say a particular beginning splash where the Shadow is fighting both Batman and Khan is my favorite.

I like the juxtaposition of the coloring between the three main leads of this arc. The nightly and cool colors for Batman, the yellows and bright skies for Damian, and the melding in between for the Shadow give a distinctive look too each of their situations that I appreciate.

The paneling in this issue is wonderful. This series seems to have a knack for providing interesting layouts for pages, especially when it comes to the splashes that span one to two pages. My favorite paneling, probably, comes from a particular scene towards the end.

International waters. A long, empty ocean stretches around a hidden base.

Twelve rectangles cover the page in a three by four table.

Some are translucent, revealing the isolation of the location.

“Butcher. You have always been an amateur, at war with yourself…incapable of mastering shamba-la’s greatest gifts.”

Others are of the Shadow, being beaten mercilessly by Khan.

“You have always been weaker than me, Ying-ko…it’s insulting that trash such as you would obscure my birthright…”

It’s a powerful scene, only amplified by the layout.

Read The Shadow/Batman. Should you read it from issue #4? No. Start from the beginning and work your way here, but it’s definitely worth your time.