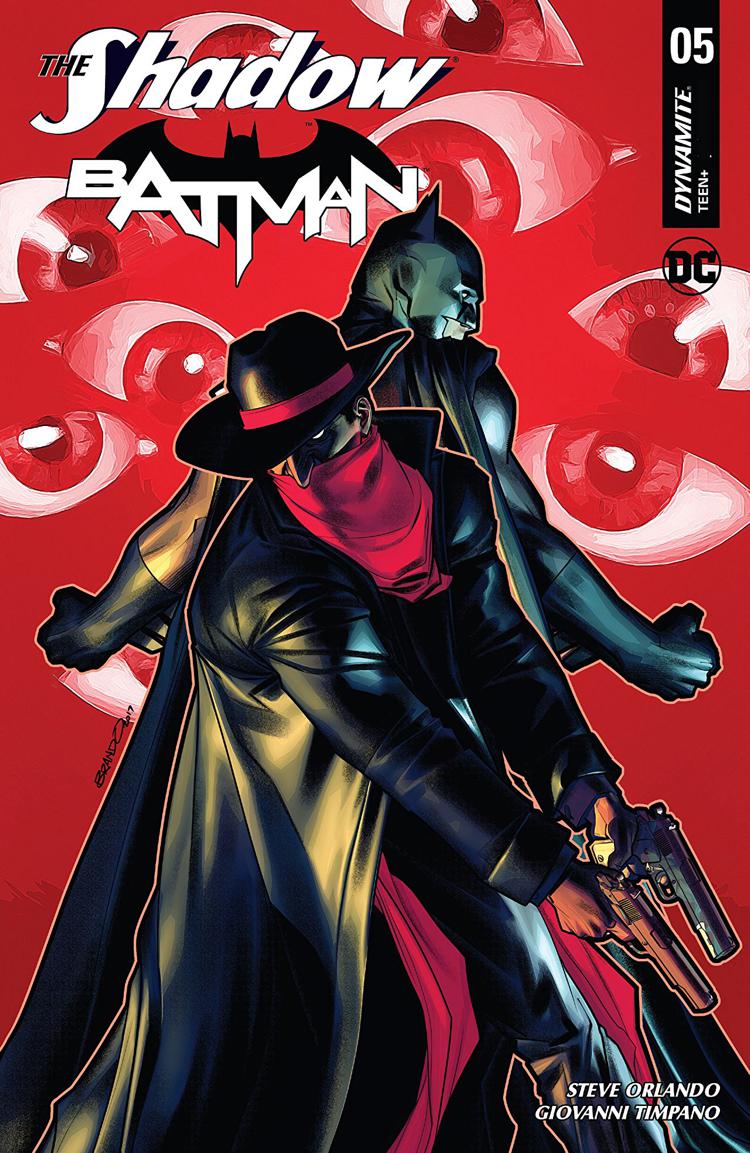 It’s a race against the clock as Damian tries to get in touch with Batman. Will Batman be able to save Robin from the clutches of the Silent Seven? Find out in this latest issue of The Shadow/Batman!

Orlando’s work is always great, and this is no exception. Do I still feel like the use of Margo is a bit much? Yeah. Fridging ladies for manpain and character growth purposes never sits well with me, in all honesty. Besides that, there are a lot of great things in this issue.

I find it kind of refreshing to see Batman legitimately stumped. Knowing that even the number one detective in the world doesn’t know everything is nice. I also love the snark Alfred gives in this issue. Alfred snark is always welcomed.

I really like the paneling throughout the issue. I’m not sure if it’s an editor or Timpano who decides the layout, but the paneling in general is just well thought out and changes up every page, creating interesting elements and splashes, mixing and matching so that the reader is never bored.

There’s kind of something cheesily amazing about the art for the Shadow himself throughout his scenes. It’s super corny to see the Shadow screaming an already dead man’s name into the sky, raising his hands as he anguishly watches Khan have the illusion dissipate before the Shadow’s eyes. The Shadow knows they’re all illusions. It’s a little melodramatic, even for him, but in a fun way.

I mean, the Shadow’s facial expressions in general are fantastic. It’s like he’s the only one stuck in a soap opera, at times, yelling people’s names and screaming dramatically about shame, regret, guilt, and anger.

The art for the spot welding is really interesting. Darkness emanates around him as light bursting from his torch, bringing shadows into view, figures, fish, Batman, an underground pipe. There’s a calmness to the environment, fish idling about, bubbles leisurely appearing near the welding area, Batman flapping his scuba flippers. It’s strangely captivating, this underwater escape, from dread and chaos into a controlled, simple environment. Also, just the fact Batman spot welds to relax is insane and weirdly cool.

Check out The Shadow/Batman if you’ve got the time. Probably don’t start at issue #5, but definitely check out the series.