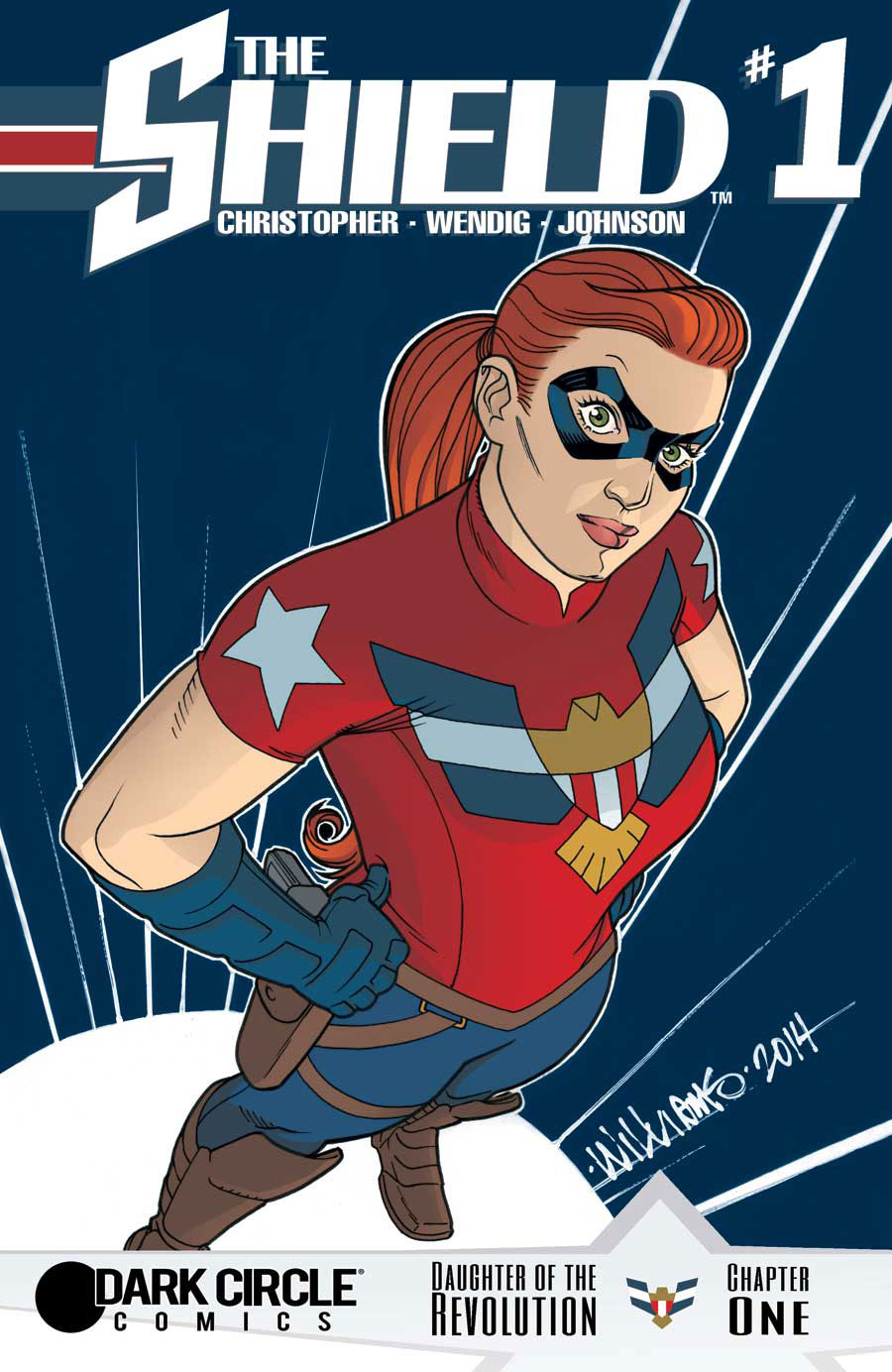 The Shield, a mysterious figure from The Revolution, is in the present with no idea of her past and who she is or what is going on. The first issue shows us some of what this character can do, what she’s lived through and a mysterious Government organization, but I can only assume that the best is yet to come.

This first issue is a bit filled with “superhero out of their element” tropes, but there is something intriguing about this woman. The vague details that surround her both strengthen and weaken the story, with the writers relying a bit too much on vague superhero stereotypes, but not giving away the farm in the first issue. The narrative unfolds like pretty much any chase issue, with flashbacks giving us details about The Shield’s past. Her power set and (seemingly) immortality is enough to draw me into the story and want to know details about this character. Her supporting cast could become larger players and that certainly gives this first issue some extra depth. The concept of this character is really the hook in this first issue and while it is enough to keep me coming back for issue #2, I’d certainly like to see some extra depth to the character.

The artwork by Drew Johnson is solid and the visual of The Shield is a big draw to the comic. She’s an impressive hero and Johnson’s interpretation of the character is great. She’s tough as nails and he handles action well, so I anticipate some big things going forward. The hardened look of a heroine made of steel can be found on The Shield’s face throughout this comic and that is what I found most engaging about this issue. His line work is consistent and I enjoyed his panel layouts. The colour work by Kelly Fitzpatrick is excellent and much of the visual impact of this comic comes from her strong work. I look forward to seeing what she does with the colours in this book when The Shield is in full uniform and unleashing upon her foes.

I have a very strong feeling that this is going to be a solid series as we get deeper into some of the vagueness that existed in this first issue. There’s a lot to work with here and Johnson’s art certainly sells this character, hopefully the subsequent issues will have her really branch out and become a unique character. There is huge potential for this character once we get past the introductions phase and I will definitely be back for the second issue.