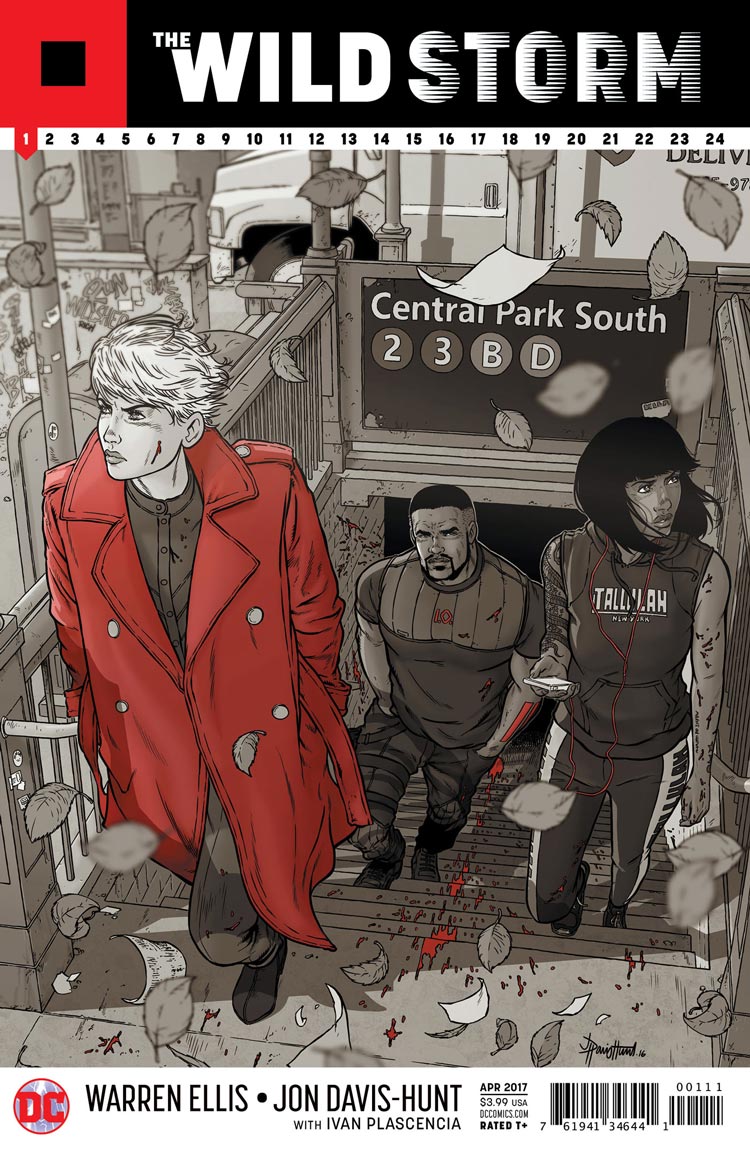 Once upon a time, there was a super-hero comic book company called Image Comics.

That almost sounds so strange as if to be a multiversal variant all in itself. And truly, I’m beginning to question my own memory. Is there recorded history that seems to indicate four-color, gun-toting characters popping off the shelves had their start at the company that today houses nearly every genre but super-heroes? Did Wildstorm blow up the comics industry in 1990 as a founding studio attached to Image Comics?

It did. But for all intents and purposes, that may as well have been another earth, as the concepts and characters that made Wildstorm so unique — WildC.A.T.S., Zealot, Stormwatch, Grifter, Deathblow, Gen13 — all drifted back to their spiritual mother eventually, along with studio head Jim Lee. Lee, now co-publisher of DC Comics, seemed to make it his mission, particularly post 2011, to integrate these heroes into the DC Universe proper and make them stick.

Alas, just because you desperately want something to be so… does not make it so.

Writer Grant Morrison talks often of the sentient DC Universe, a condition of the publishing line that understands it to be a living, breathing organism all in itself. It has its own rules that writers can bend, but rarely break. And when they do break, it feels like a break. A bad story — one which doesn’t take into account the internal logic of the DCU as a whole — feels like a broken arm or leg. It produces shock that reverberates all the way from its core to the readers.

But sometimes, the infraction isn’t quite as severe as a break. Sometimes it’s more like a virus. Such was the Wildstorm Universe in its integration into the DCU proper at the end of 2011, post the Flashpoint event. Stormwatch, Grifter, Voodoo all tried to integrate. But ultimately, there was just something too alien about them. The DC Universe, in its sentience, reacted to these otherworldly creatures like a virus, and refused to accept them, save perhaps Midnighter and Apollo (who found their antecedents firmly in Batman and Superman anyway. Perhaps that was the disguise they needed to allow adaptation.).

Flash forward to today, and the debut of the Wild Storm #1, a reboot of the world Image Comics built back in the day, but recrafted for the sensibilities of 2017. 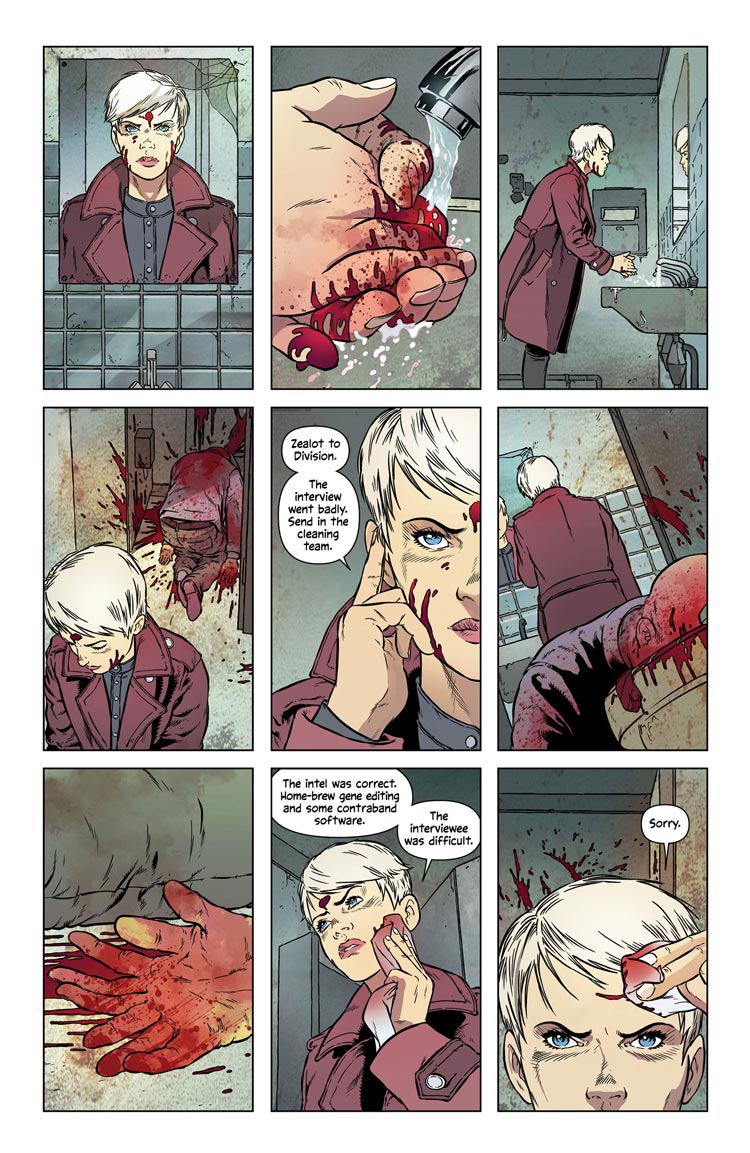 To be fair, this is not as difficult a feat as one might imagine. Despite the proliferation of pouches, big hair, and skintight costumes the original occupants of the Wildstorm Universe boasted, the central thesis of their world was always a break from the brighter, more optimistic (naïve?) world of Superman and his comrades. It was, in fact, closer to the world we live in today, and have been moving toward for quite some time.

Warren Ellis knew it. Not just the writer and curator of what’s to arise out of this first issue in good time, Ellis was also the writer who transitioned the Wildstorm Universe from its infancy to young adulthood with the evolution of Stormwatch into The Authority. He was the architect behind the architects of Planetary, the Rosetta Stone of the universe, and now has returned to do it all over again.

And truly, I’m as certain that this book feels correct as the next evolution of the Wildstorm universe as I am uncertain as to whether it works as an independent “from scratch” narrative. Certainly, a lot of the story told in this first chapter are not contained in word balloons, but in between panels and on Wikipedia pages and in our old longboxes (or memories if we’re not so lucky).

We see Zealot wipe away her trademark facial markings on the very first page, a sign that we begin fresh and anew. But without the expectation of difference and the anticipation of rediscovery for those of us that read Wildstorm comics in at least one of their incarnations, I’m not sure it would resonate. Unfortunately, I can’t unknow what I know about this world — even if its been washed away on the shores of the multiverse.

What is certain, however, is that Jon Davis-Hunt, fresh off the horror-panic narrative of Clean Room — another book that perfectly captures the zeitgeist of a society where conspiracy is presumed, not laughable — immediately makes a Wildstorm universe that is nothing like we’ve seen before, but intensely correct for its source material. 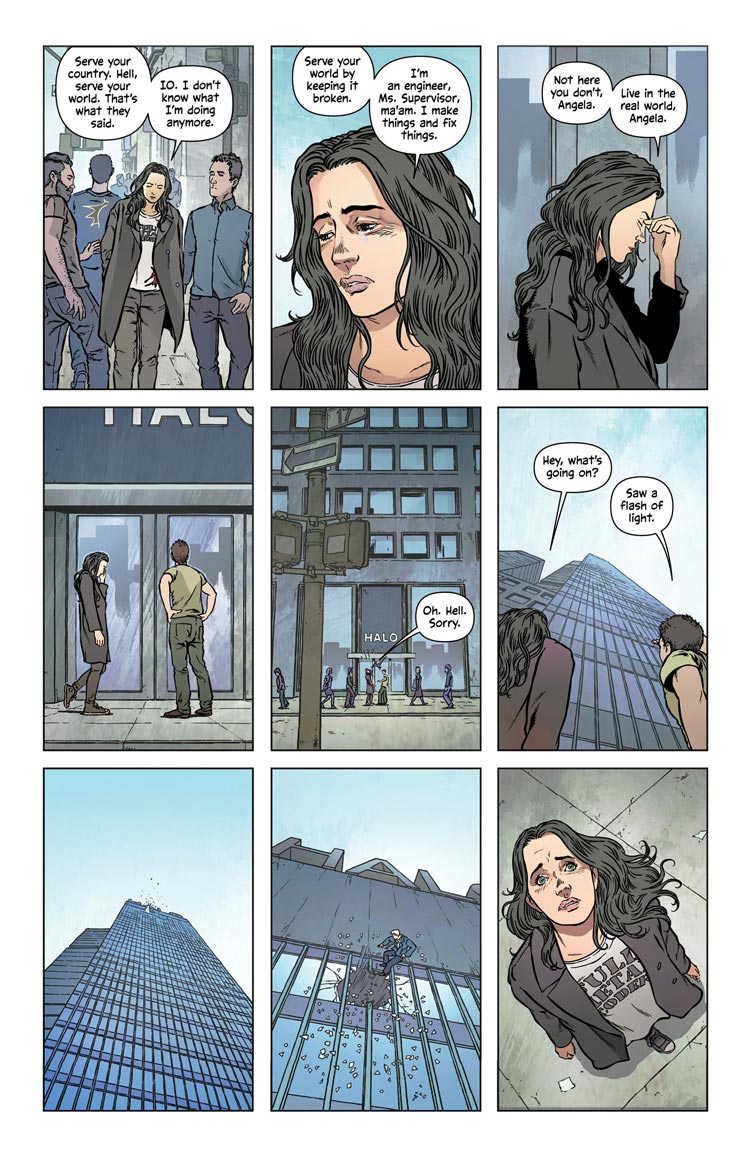 The closest parallel may be Ed Brubaker and Sean Phillips’ Wildstorm series Sleeper, which could not have been less like its same-company shelfmates at the time, but is nonetheless now considered a pinnacle work for the universe as a whole. What that title — and this one — immediately portrayed was this cynical, but transparent sense of how this universe works. Who is in charge. Who is fighting against that authority. And what they all have at their disposal to use in that endeavor.

Hunt nails the atmosphere, particularly given how bright and open-air it feels. There are no dark shadows or underground lairs, but skyscrapers and cafés and boardrooms where conspiracies finally feel safe enough to live out in the open. Call it the physical embodiment of Alternative Facts or Fake News or Plausible Deniability or simple Ostrich Behavior, but the atmosphere Hunt lays out, with Plascencia’s subtle coloration and tones, makes everything that is about to happen feel like it could be happening in our world.

And there is a fear associated with that sense, despite the banality of it all, that cannot be denied. It works handsomely hand-in-hand with the type of narrative Ellis is famous for, and already begins to deliver in chapter one.

As I said, I’ll need to leave it to someone else far less informed about the players involved to judge whether this issue stands on its own merits and not simply on the history of the universe as a whole, but the satisfaction I feel in finally seeing a universe of characters find their home after wandering for far too long — that satisfaction is worth the recommendation I give to check the book out.