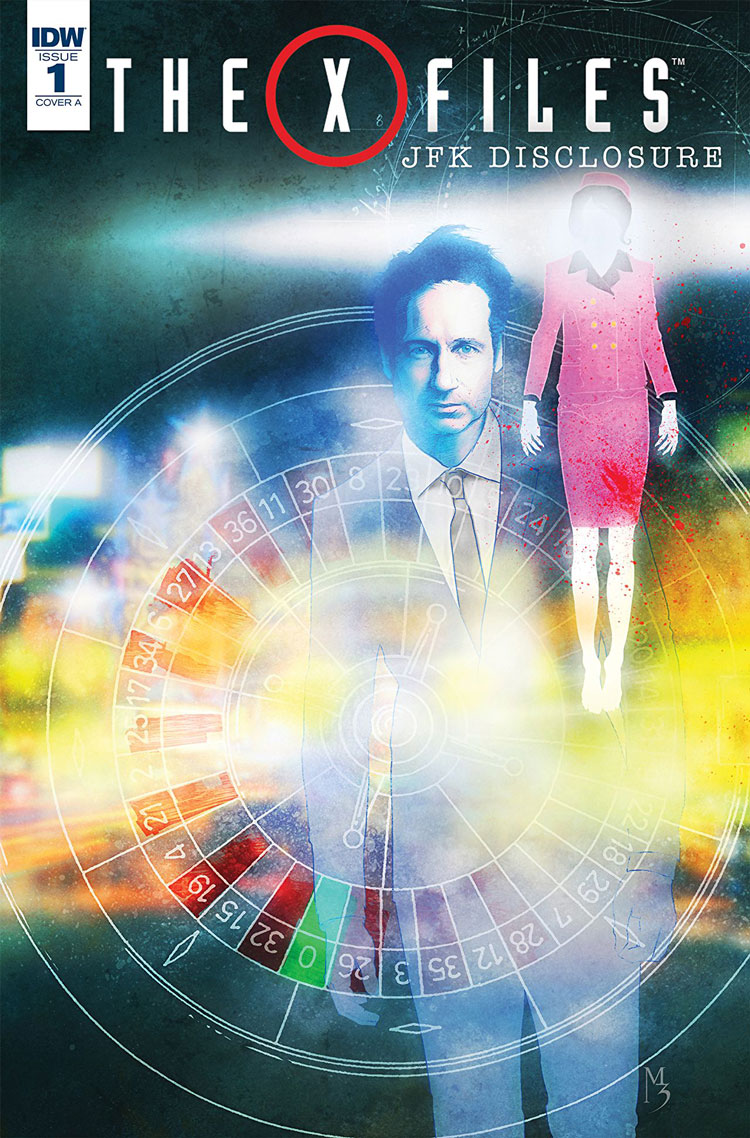 Hitting shelves the same week as the long-secret JFK assassination files hit the internet, this latest X-Files mini-series opens up the greatest cold case in US history.

As someone who was not a fan of the TV series, but was long an expert in JFK conspiracy theories, I have a unique angle to represent in a review. This is essentially a crossover of two fandoms and I was in the one without its own successful TV series.

Roping in elements from various second gunman theories, this storyline kicks off with Agent Mulder getting cryptic hints that his own father was hanging around with the wrong crowd in Dallas in 1963. Mulder is off on the trail of the granddad of all conspiracy theories, as always wanting to believe.

For those in the kook-loop, this story leans toward the mob theory, with some other elements peeking through at the tail end of the issue.

Menton3’s art reminds me of Bill Sienkiewicz’s landmark conspiracy graphic novel Brought To Light. Breaking outside any traditional panel structure, each page or double spread is a complete work of art with Temofonte’s lettering handling the heavy lifting of pacing the story through balloon/box placement.

Menton3 lays out compelling images digging into the deep-dive of the conspiracies. From a cameo by the infamous Umbrella Man to a shocking double-page of the Kennedy kill shot. Take off the captions and dialogue and most of the book could be sold as an art book. A remarkable use of color and design creates a dreamlike experience for the reader.

Ending on a final moment that brings the X-Files part of this story to the forefront, this issue kicks off an accessible and engaging take on the assassination. It almost makes one believe Mr. Mulder Sr. will show up somewhere in that last pile of files.