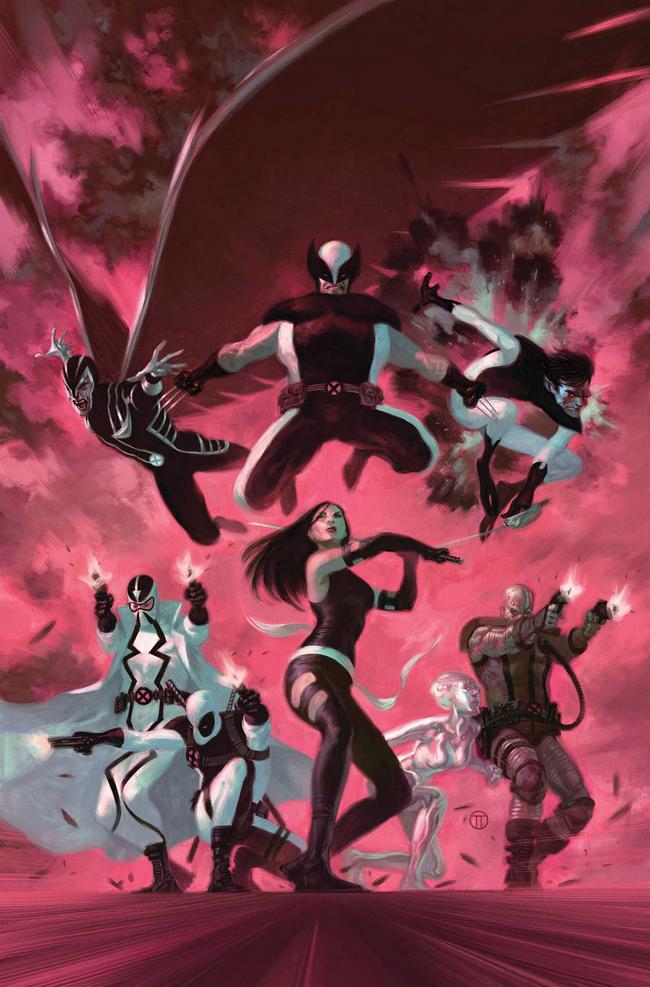 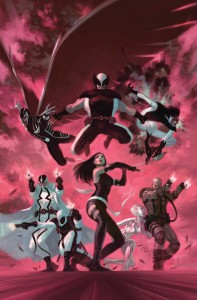 Remender’s epic run on Uncanny X-Force finally comes to a close. Arguably one of the best X- books of the past few years (We’ll just sweep ‘The Otherworld’ arc under the rug when we argue about it). Issue 35 mainly focuses on the team picking up the pieces after the lengthy and ferocious battle with Wolverine’s son Daken and his new brotherhood of mutants.

I couldn’t help but compare this ending to the last ‘final’ issue he wrote with Venom. Even though Venom continued its run after Remender’s departure, they both feel very similar. With Venom having only one main character, Remender was able to really flesh out his feelings on the character and have more than enough pages to properly give his goodbye. With X-Force, on the other hand, there were so many characters that needed attention and closure that some of the emotion he was able to capture was lost in the shuffle here. I had a tough time connecting with the characters. I read 34 so I KNOW what they went though, which was brutal and tragic, but the past events just didn’t translate into 35. I would have liked to have seen a few flashback panels or — dare I say — a monologue by one of the main characters. I needed something to bring me back and force me to see what they went through and a few mentions here and there in passing by the team didn’t do enough for me.

One scene stood above all the rest and I don’t think anyone would have imagined it would be so powerful. Deadpool and Evan share a conversation in Evan’s dorm room. The whole scene is perfect — Deadpool offering comfort in his own unique way and Evan giving Deadpool reassurance that at the end of the day he is still a hero. It’s a shame this may be the last time for a while that these two characters will appear in the same panel for a while, because Remender has created a very strong relationship between the two.

There were a few reveals in the final issue as well. Even though Wolverine was in a large amount of the comic, he felt oddly invisible and had an eyebrow-raising reveal. The ending also opened up a few possibilities that I am sure Remender, or another writer in the X-universe, will pick up and run with some time down the line.

I am sad to see the series go. It was hands down the consistently best X-comic and one of my most looked forward to books each month. Remender really got these characters. We won’t see another Deadpool like this for a while. Psylocke, even though she will be headlining the new Uncanny X-Force comic, is going to be tough to write after how perfectly Remender wrote her and her powers. Even Evan, who has had a lot of time to shine in Wolverine and the X-Men, comes off as a great character in this series.

Uncanny X-Force #35 gives the series a proper goodbye. It will be missed.