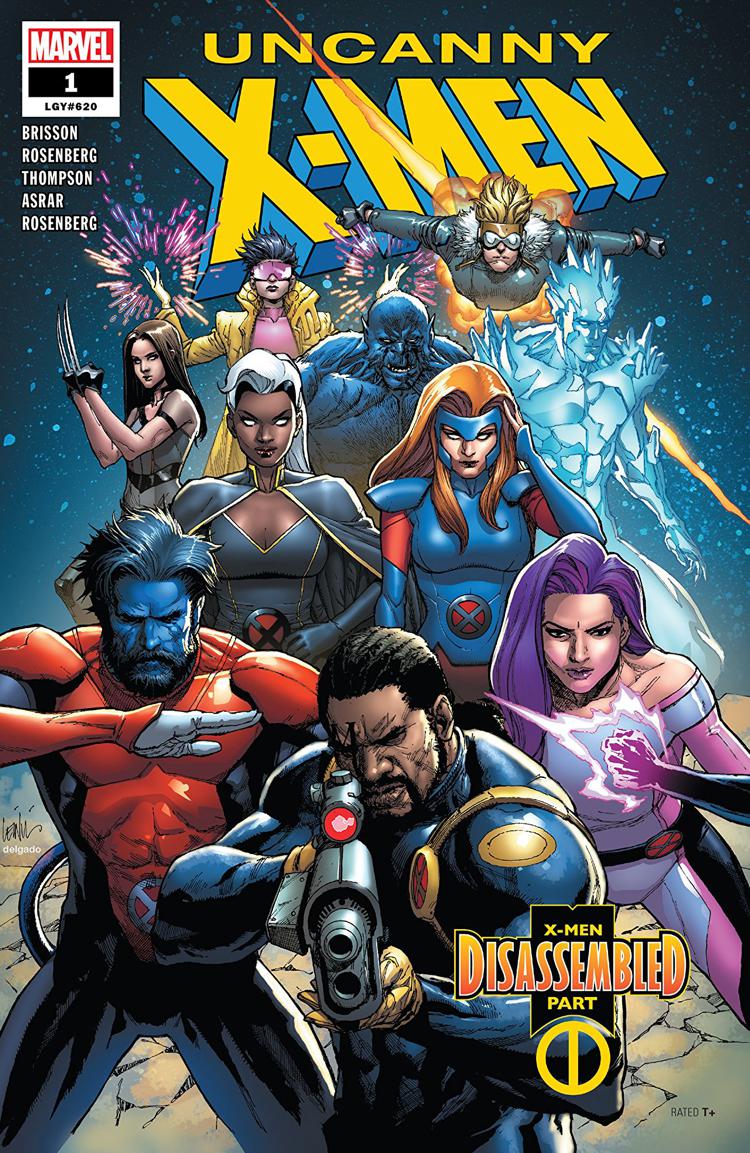 Uncanny X-Men #1 feels like going home, if you’re a long time X-Fan. It feels like the mutant corner of the Marvel U, after years of stories based around infighting, is headed back to its roots. In this time of tumultuous politics and bullshit racism, misogyny, homophobia and rampant hate, the X-Men are, as they were at their outset, once again a brilliant vehicle to discuss political issues of the time.

Much in the way that Star Wars: The Force Awakens followed the New Hope “formula” with some twists and whatnot, Uncanny X-Men #1 draws readers into some situations many of us have read before. Politicians spreading anti-mutant hate and a brouhaha where it is easy for their detractors to spin the X-Men as hindrances rather than helpers. The writing team does a solid job with this issue of making this situation feel classic without feeling tired, which is no easy feat. It feels like the proper time in the world for these specific X-Men, and the individuals chosen to be on the roster in this issue are a brilliant blend, to be facing the challenges standing before them. In the real world, intolerance is as blatant and brash as ever, and the X-Men facing an injustice they have seen far too many times feels like these writers know how to dig down to the core of what makes the X-Men unique and not interchangeable with the Inhumans.

I briefly mentioned the roster is well chosen, and for me it has the key components that an X-Men roster should have to be dynamic. Some heavyweights with experience, and some kids who are in over their heads. The school-age-heroes aspect of the X-Men has always been a unique draw for me, and this creative team nails that aspect of this story. The younger mutants are headstrong to a fault, which makes the experienced characters shine all the brighter. The youthful characters bring a lightness and dynamic energy to story that balances the veterans well, and as much as anything, I just loved seeing a group of mutants being involved with mentorship and not infighting.

This issue is written by three writers and you wouldn’t know it in the primary story. I have no idea how duties were divided, but it says something about their shared vision that you can’t tell who wrote what. Multi-writer books can be a train wreck, but this most certainly is not that. The back matter stories that flesh out some of the details of what is coming in Uncanny are written each by Brisson, Rosenberg and Thompson and dial nicely down to one specific facet of what is going on in the “main” story. For a $7.99 cover price, it is nice to see the ancillary tales add as much as these do to the ongoing story, rather than just being page filler to justify a bloated price.

Mahmud Asrar brings the thunder on pencils, with Rachelle Rosenberg absolutely smoking the colour work. Asrar deals with a large cast here, but he captures the defining traits of these characters well. He handles the tension of the politics and the action sequences equally well, leaving the issue with a great page that has me excited for the next issue. His pencil work is all at once modern, but also paying homage to the classic feel of the X-Men, and I think he really brought A-list visuals to this big ticket issue. Rachelle Rosenberg’s colour work is unmistakably “X-Men”. This isn’t dark, grim X-Force, or the years where Cyclops was fighting…everyone. This is the bright, dynamic world of the X-Men from their heyday and Rosenberg’s work is what really sells that. I’ll freely admit that I didn’t think the X-Men really had a colour aesthetic, having seen them drawn and coloured by so many artists over the years, but they soooo do. And Rosenberg nails it here.

Uncanny X-Men #1 boasts a big price tag, but also a lot of story. I was pleasantly surprised with the direction with this, and the approach to take the X-Men back to their roots. I’m excited to see where this team takes this story.