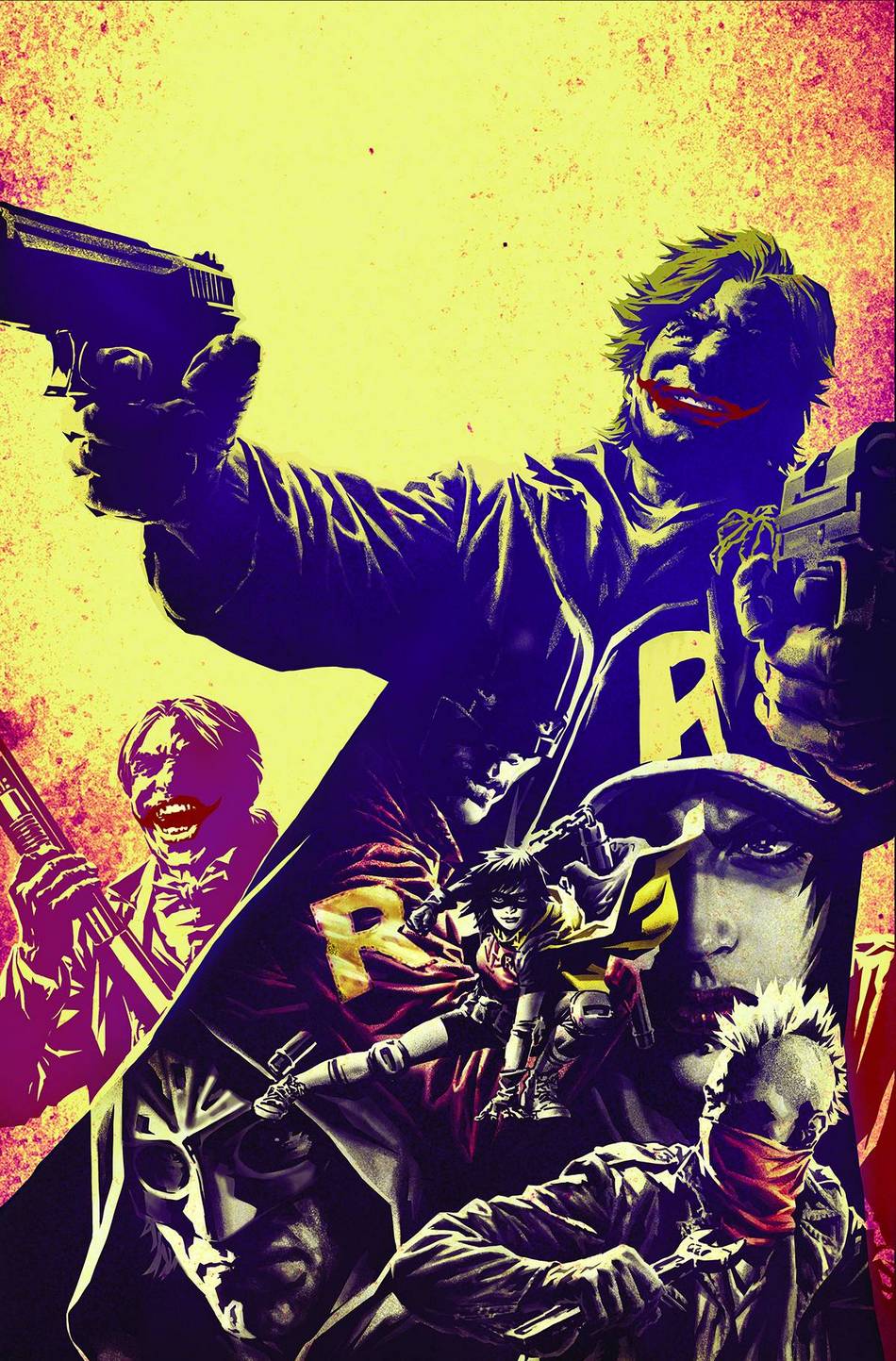 The We Are Robin series has been packed with plenty of action and heartbreak. The would-be heroes of Gotham have been more than they can handle on numerous occasions, and this continued showdown with the the copycat group, known as The Jokers, is no exception. However, issue 10 takes some breathing room, not just throw action sequences in the face of the readers. For readers who complain that major superhero comics never take the time for character development, they will love this issue. That is exactly what is center stage: character development.

This issue goes through each member of the Robin team to see how they are doing after the fallout of each of their choices. It provides an introduction to new readers who might have skipped due to Robin War or haven’t really taken the time to check the book out. Yet, the full ramifications of their choices might be lost on new readers. Considering how powerful the Jokers story has been, it would be good to go back at least two or three issues to check out everything the team has been dealt.

Smiley, the leader of the Jokers, is a beautiful and frightening metaphor for several movements within modern culture. From toxic masculinity, to chaos glorification, even the very DC fans who uphold the Joker as their idol; all are scathingly presented by Bermejo’s dialogue in this arc. “Since when did challenging an insane system make you the crazy one?” Smiley asks during this issue. The very complaints against some of the current series, such as having a mecha-Gordon as Batman, to the We Are Robin crew, are placed in Smiley’s complaints. It’s a cathartic moment, for both the creator as well as readers who feel like they have had their voices listened to then put down over the last year. Threats, terror, and strong arm tactics are referenced by Smiley as “re-education.” What should be an over the top comic book story feel frightening and real for those who have encountered this mentality lately online or in politics.

Haynes has provided the creative team with some very subtle layout direction that keeps the pacing of this issue rather constant. Panel layouts are very straightforward with just occasional overlaps or change ups to show a difference in information communication. These feeds into the idea that this story is more the calm before a massive storm is about to hit. Corona’s art and Mulvihill’s color keep the issue from being too dark.  The characters take on more of a television animation feel, instead of a strict house style. Were the issue in a more traditional art format the dark story would be overwhelming. However, the bright color of The Joker gang, and the light used to show the “downtime” of our Robins, help to keep the darkness from being overwhelming. The cast diversity is something every book should strive to achieve.

It would be so easy for a comic with a cast of this size to fall down when it came to making you care. There are so many characters, and yet the creative team is able to strike an amazing balance of development and tension. Despite the fact that this issue is all contemplation, discussion and setup, the characters are never static. They are constantly working, moving, living. This helps to create an artistically interesting read, adding to the subtext, while driving it deeper and forward all at once. The loss of the Robin team with Rebirth would be a horrible fate. Yet, if the build up in this issue is any indication, they will be going out making a strong and convicting statement about modern culture.