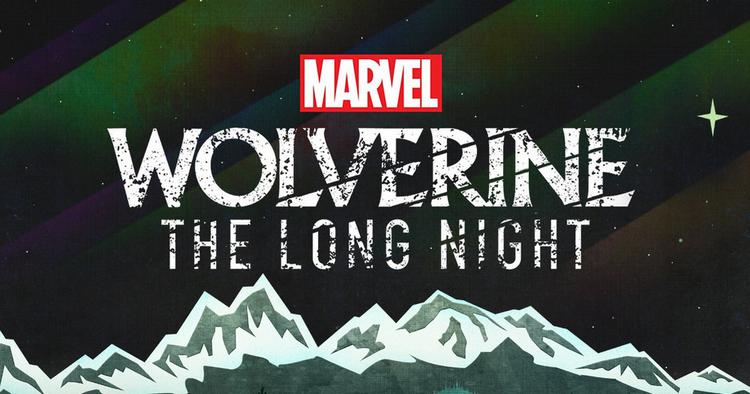 Writing this review is tricky because, at the heart of this series, sound plays a more pivotal role than sight. For a medium that had entertained through visuals, Marvel needs a tremendous amount of praise for attempting to push entertainment via audio. While they have obviously spend a long time traversing the well worn roads of visuals, both live action and animation, the domain of the audio drama is not exactly something fans of Marvel might have expected. Perhaps this effort by writer Ben Percy was nothing more than an amusing project meant to gauge the market, but even if that is the case, Wolverine: The Long Night is an amazing and wonderful addition to the Marvel content universe and it stands on its own as something wonderfully unique in a universe where we think we ‘know’ all the ways these characters can manifest. I would also like to point out that this series, more so than the Hunt for Wolverine on-going event, genuinely has gotten me far more interested in Wolverine than perhaps even I thought was possible. So, as a really non-Wolverine fan, to say this podcast makes me excited? Well, I hope that in and of itself might be enough to make you jump through the hoops required to check this series out.

Wolverine: The Long Night is a series in the vein of a murder mystery that takes place out in a town called Burns, Alaska. The main narrative focuses on two agents called Pierce and Marshall who are pursuing Wolverine after his presence is tied to a series of murders. The agents run afoul of local police, a frightening cult and various other figures in their efforts to find Wolverine, but there are enough twists and turns to make the phrase ‘don’t trust anything’ really mean something.

Before I really dig into what is great about this podcast, I need to be up-front about how you, dear reader (and, potential listener) can actually get this series. Marvel has the whole podcast provided through a podcast provider called Stitcher. What the www.wolverinepodcast.com website currently, as of this review being drafted, has up is a code (simply MARVEL). This code allows people to have access to Stitcher content free for a month, after which you’ll be charged. Think of this deal as a kind of temptation to see if there is anything else through the platform you’d like while you’re listening to this dramatic podcast series. I was able to download Stitcher to my phone and then download all the Wolverine: The Long Night episodes directly so I could listen to everything when I wanted without worrying about wifi. In all, the process is painless, but you’ll need to make use of the MARVEL code to avoid paying out of pocket up front.

So, are the steps worth it? Having been skeptical about the series, I would say ‘yes, absolutely.’

Wolverine: The Long Night is a dramatic podcast which has a theme somewhat in the vein of a hybrid documentary and serial show. Episodes tend to make use of their actors best talents by getting them to be put into positions where character A interviews character B, thus allowing for both (or, multiple) actors to show off their talent. And they do. Everyone in this series brings their A game. One character, the mother of a murdered young woman, is so good that I genuinely got entranced by how powerful she delivered her sequence. The sequences are transitioned into and out of the story through very clever narration devices, things which really play on the idea that you’re listening to something and not watching or reading. For example, an interview you might think was going on in the present, after some clever audio design, is revealed to be a recording that is being listened to by the same characters a few hours later. In other words, you genuinely get the sense sometimes that the unexpected can pop up, even though you’re listening to a scripted series. The writer and designers of these episodes seem to take pleasure in teasing out all the fun sounds and devices that can make this sort of format POP.

As far as the acting talents who make up the dominant cast, praise goes first to the fantastic Richard Armitage (whom many might know as Thorin from Lord of the Rings, Francis Dolarhyde from Hannibal or even Trevor Belmont from Castlevania). It is difficult to think of a ‘sound’ for Wolverine that isn’t Hugh Jackman, but if Wolverine: The Long Night is a backdoor test to see how a new Wolverine actor might sound, he succeeds in ever way imaginable. While Armitage’s turn as Wolverine is actually one of the smaller parts in the series, the time Armitage does have dominates everything else in every episode he stars in. There are some smaller moments, especially from the first few episodes, which weigh heavier than some of his longer speaking moments in later episodes.

Playing against the dramatic skills of Armitage are the pairing of actress Celia Keenan-Bolger as Agent Sally Pierce and Ato Essandoh as Agent Tad Marshall. Keenan-Bolger and Essandoh do a tremendous amount of the heavy lifting in this series seeing as how their voices and interviews are the dominant matter through which Wolverine: The Long Night is carried through from a start and then to a conclusion. Keenan-Bolger plays Pierce as a more reserved and cautious personality in contrast to Essandoh’s Marshall who is more relaxed and intuitive. Each actor uses their inflection and emotion to deliver the rich sense of emotions like fear, excitement and even compassion. There are lines delivered by Keenan-Bolger concerning Wolverine’s scent (yes, really!) alone that genuinely made me consider Logan in a new dimension. I am not saying it was pretty, but her delivery was damn good. Considering the nature of this scripted story, all three leads, Keenan-Bolger, Essandoh and Armitage, to a tremendous job, and I am leaving out praise that should go to other actors for their roles. Brian Stokes Mitchell has a tremendously creepy turn as one character named Nicholas Prophet that needs to be heard to be believed.

I would be a poor reviewer of an audio podcast if I did not also praise the work of Chloe Prasinos for her stunning effort to make sure that no moment is devoid of life. From opening doors, to exterior excursions and shipyards, Wolverine: The Long Night feels genuinely alive through their efforts to deliver a setting rather than a stuffy staged delivery void of ambience. Little sounds, things we might take for granted, become subtle starts in every episode.

It is no stretch to say that Wolverine: The Long Night is a wonderful audio experience that every comic fan should check out, if only because there is really nothing else like it presently in Marvel’s entertainment toybox.