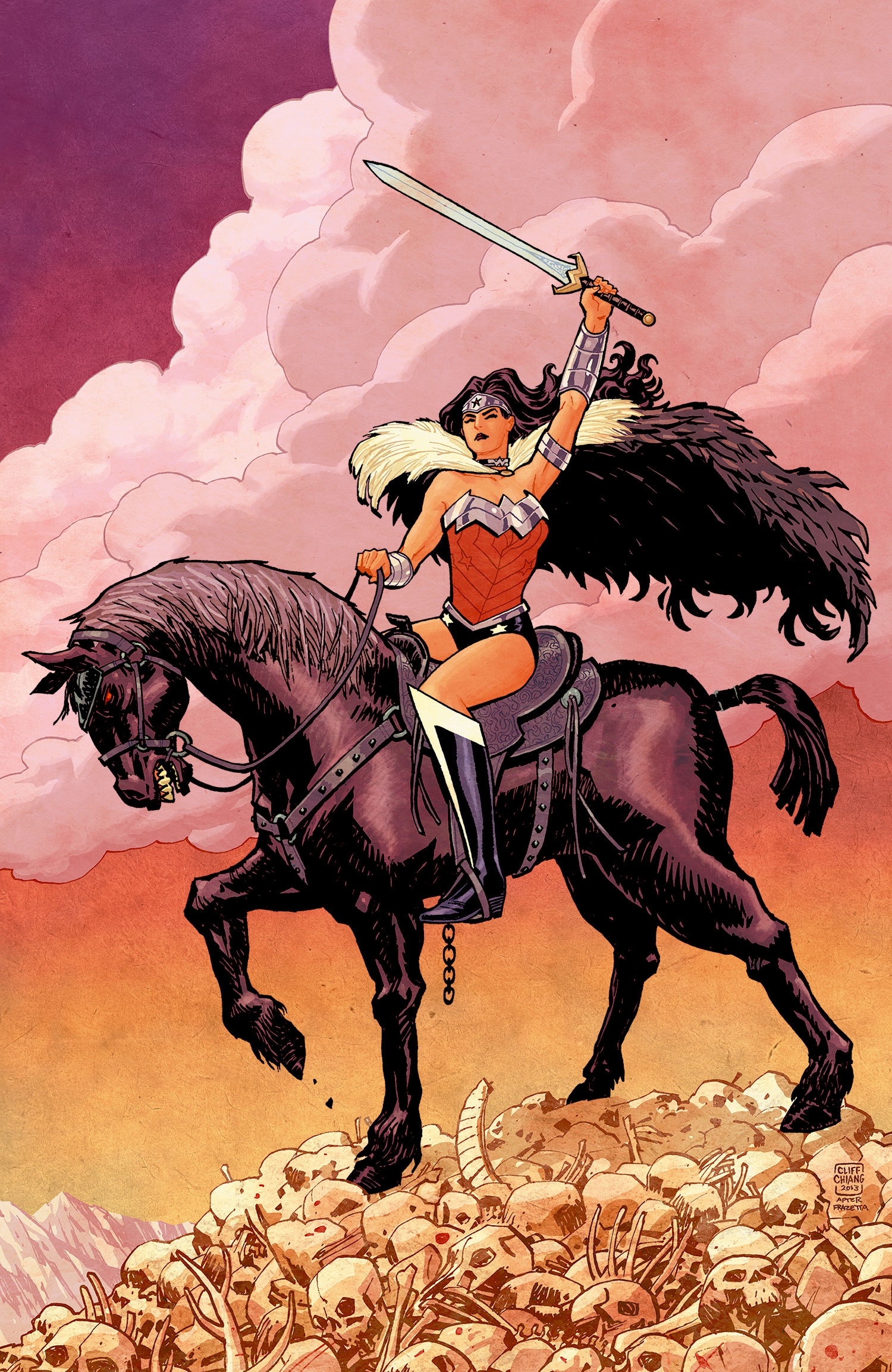 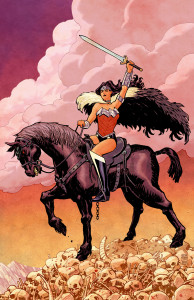 I can understand why long term Wonder Woman fans might be unhappy with the direction Brian Azzarello has taken Diana’s story. For all its strengths — and there are many — Azzarello’s Wonder Woman is increasingly defined by her relationships to men, and while she holds her own (and then some), it’s hard not to compare the current version of Wonder Woman to, say, Gail Simone’s treatment of Diana as a whole character formed in a world of women, and not shaped by a lack of relationships to men.

There’s an element of the epic in Azzarello’s story of Diana’s clandestine paternity, of the lie that was told to protect her from the consequences of her illicit birth, and the way her own community still sensed her difference and never entirely accepted her. Recent events, which have forced Diana to assume the mantle of her estranged mentor and surrogate father figure, Ares, put a twist on the classic story of the son struggling to live up to the example of his father while forging an identity of his own by substituting a daughter in place of the son.

And yet, while there are echoes of Themyscira in the refuge Diana seems to be building for Hera and Zola, it’s hard to ignore the fact that even here it is a male child whose safety is at stake, and that he is threatened by Apollo, the upstart king of Olympus, and Zeus’s nihilistic, renegade son First Born. It’s hard to ignore that Wonder Woman 24’s most memorable moments come when the former queen of the gods is explicitly compared to a crying infant, and when the reader is asked to sympathize with a male character who complains that his betrayal hasn’t been met with the same empathy afforded to a woman.

What makes this observation all the more difficult is that there’s nothing inherently lacking in Azzarello’s female characters. Zola in particular has always been a strong, flawed, self-driven character entirely unapologetic about what exactly it is that she does or doesn’t want from men. Hera’s transition from deity to mortal has been convincingly portrayed and interesting to follow.

But even the comedy and pathos of Azzarello’s Hera — and the way in which portrayal of her character as impetuous and vengeful have allowed the comic to incorporate elements of classical mythology — have to placed in context of the fact that a figure who has traditionally operated as Diana’s patron has been recast as her enemy, a figure of a woman scorned rather than the feminine aspects of the divine.

This might be the inherent trade off in Azzarello’s narrative choices. It’s been fascinating to spend two years with Diana in an explicitly mythological world, but linking Diana to the old stories links her to the world that created those stories, the old gods and the old men who fought over them. As we enjoy the story Azzarello is telling — and in case it’s not clear, I have — it’s worth keeping in mind that it has come at the cost of the Amazons themselves.

I imagine that one day Diana will get the opportunity fight for her sisters the way she tried to fight for their brothers in Hephaestus’s forge. I look forward to reading that story.