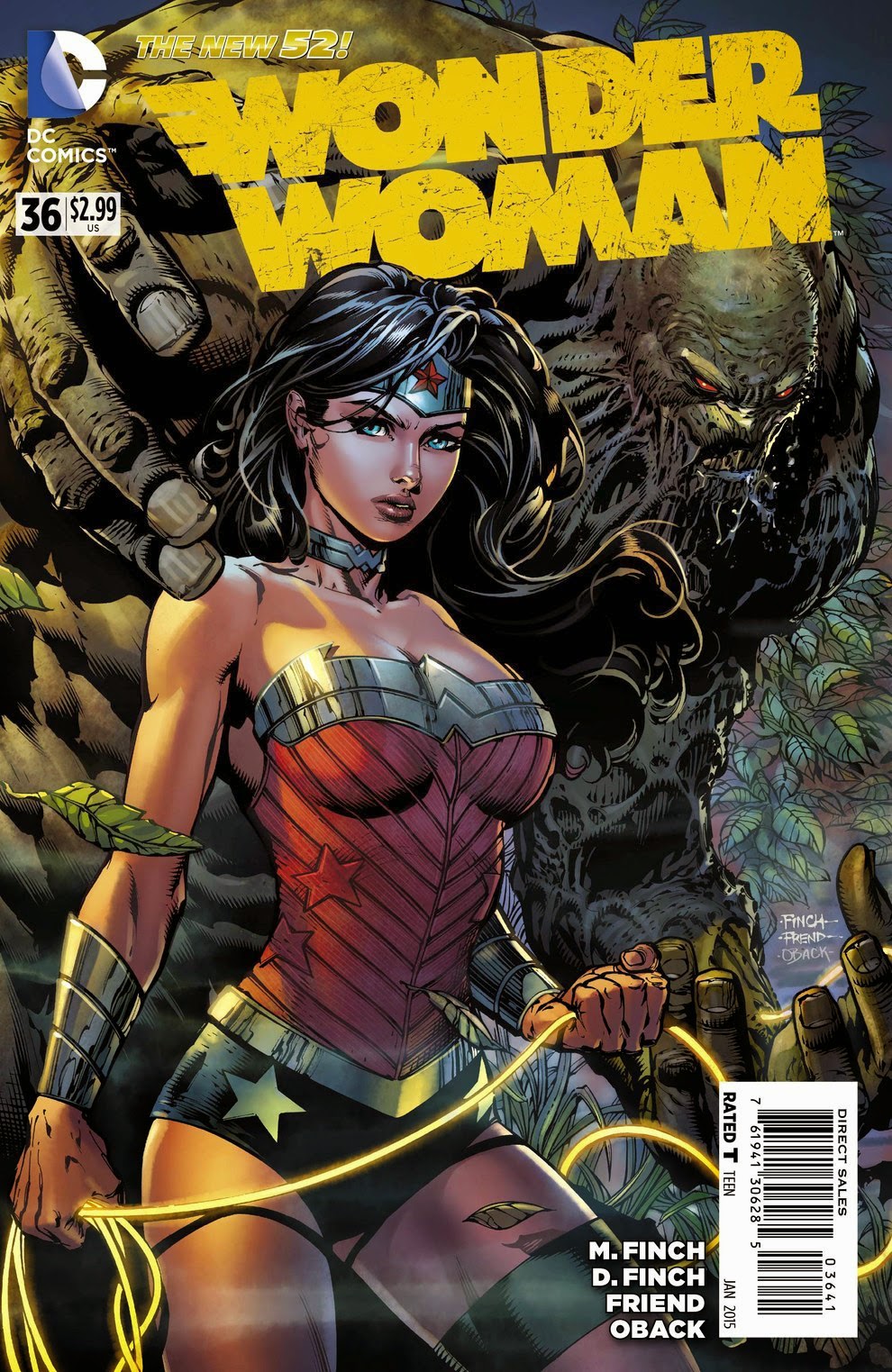 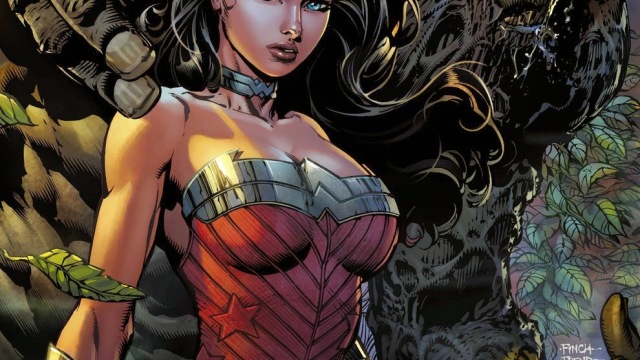 I wasn’t going to write this review. Having adored the last three years of stories crafted by Brian Azzarello and Cliff Chiang, I knew this book was going to be a hard sell for me.

Any time a new creative team comes on after a long run concludes, expectations are high — or low — depending on your perspective. Comparisons are natural, but every team brings its own flavor, its own fragment of the mythology, to the table. And in the case of Wonder Woman, it’s clear upfront that this next iteration will have a different angle than the one that preceded it.

And it does. Wonder Woman #36 brings the Amazon Princess up to the present day portrayed in the Justice League monthly, synchronizing everything that would touch upon Diana’s involvement in the past three years across DC’s entire line — from her relationship with Superman to her JL membership, her newfound godhood to the new inhabitants of Paradise Island. No longer an isolated title, Wonder Woman will now have the fortune — or burden — of connectedness with her other portrayals.

Unfortunately, that connectedness doesn’t bode well for this particular portrayal. It is true that a mythology as deep and varied as that of Princess Diana’s can flex quite a bit — from harsh warrior to compassionate advocate to super-hero to savvy diplomat. What it can’t support is a Wonder Woman who seems infantilized in both writing and art style from out of the gate.

Meredith Finch crafts a Diana who is supremely insecure and overwhelmed to the point of uncontrolled mood swings, given her mounting responsibilities as Justice Leaguer, God of War, Queen of the Amazons, and partner to Superman. In and of itself, this is not the worst scenario for the heroine, but that the way she chooses to deal with this overwhelming challenge is so passive and — quite frankly — whiny, it adds a hollow ring to the entire narrative. I shouldn’t want to shake Wonder Woman and tell her to suck it up. Yet, I found myself losing patience with her character, as if she was a 14 year old slacker complaining about her homework.

David Finch’s rendering of Diana as doe-faced and physically miniscule by comparison to the other (oddly stern and angularly drawn) Justice Leaguers may have been an attempt to soften her, or set her graphically apart as the star of the title, but it comes across as pure diminution. She’s the only character here, amid both the League and the Amazons, that acts without intellectual drive and her appearance throughout reinforces that perception. Huddled down, clutching a teddy bear, in the seat next to Aquaman, Diana looks like she’s 12 years old, 14 at the most. And that’s not acceptable when every other hero is portrayed firmly as adults.

There are some moments, independent of the lead character, that show promise in both writing and art. The debate among the female Amazons about the acceptance of their newfound brothers is well-crafted, deeply dramatic, and shows a range of age and look to the women that is wonderful to see. These few pages are by far the most compelling artistically, surpassing the strange confrontation between Diana and the Swamp Thing, and other similarly static scenes of talking heads. The shadowing, expressions, and perspective, particularly of the crone, are quite masterful. Would that this range of emotion and care been featured throughout the remainder of the issue.

A very disappointing start to a new run that fails not by comparison to its predecessors, but by its lack of understanding of Diana’s basic nature, Wonder Woman #36 infantilizes DC’s most powerful female character at the very moment her strength and maturity should be shored up. The tension on the island is a strong plotline, but it’s unlikely I’ll be able to follow it through. The creators here just aren’t giving Diana her due.