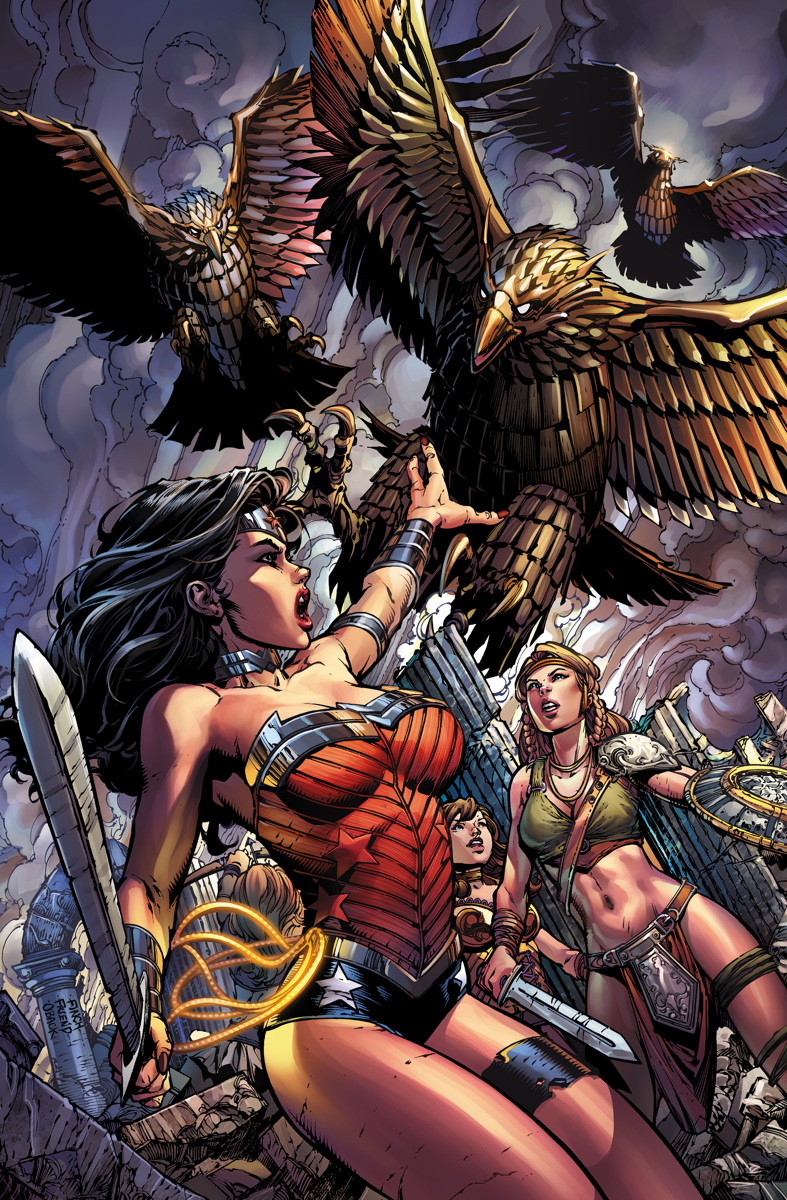 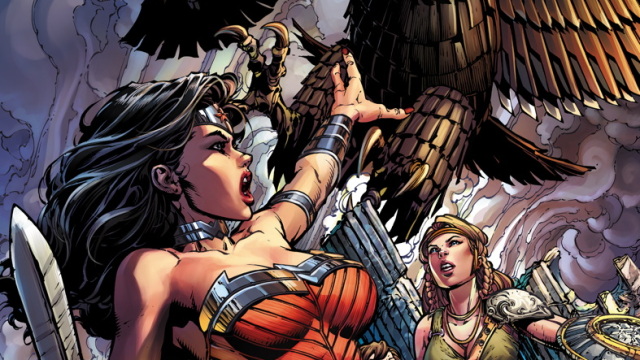 This is not OK.

I’m going to try to keep this compressed in terms of my concerns, because no one wants to read a diatribe — least of all me — on the problems of this new story arc in Wonder Woman. I covered a significant number of them last month, and hopefully will not feel compelled to discuss it again next.

But what we have with this current creative team and storyline is a fundamental flaw in the treatment of female characters that shouldn’t go unnoticed. Sure, the story so far is light, motivations shallow, and characters seem to jump from place to place and scene to scene without any narrative indication of how they got there (to the degree that, I even questioned if identical looking characters were the same person). This is a factor in why Wonder Woman #37 isn’t successful as a comic book, but it’s not the biggest problem.

The biggest problem is lack of agency.

You thought I was going to say nudity, didn’t you?

See, female nudity is comics is practically an altar that some fans worship at, as if having women keep their clothes on for more than an issue is someone antithetical to their nature. But it’s not something that bothers me in and of itself. I’ve seen some states of undress in comics that don’t make me cringe, that don’t feel bad, in the recent Bitch Planet #1 and Lazarus #2 from Image Comics.

So why are those OK, and not the set-up and execution of the same by Meredith and David Finch in this issue? Because the women in those two comics are not objects. They are subjects of their own story. They have personal agency.

One of my colleagues chided me last month for not calling out Diana in the shower immediately at the start of issue #36. To be fair, I felt there were bigger problems worth discussing. But at its root, I couldn’t decide if we were seeing Wonder Woman as an object of the reader’s (or creator’s) gaze, or as the subject of her own story and motivation. With this issue, I don’t have the same doubt.

It’s not that I find the first appearance of Donna Troy in the New 52 to be a problem because she’s naked. Or because she’s potentially villainous. It’s because she (or any female character, honestly) is debuted as a literal empty shell — a tool — naked and hung as if on invisible meathooks. She is 100% an object without any personal ability to make choices, own her morals or values, or represent her own self-worth in terms with which she feels comfortable.

That’s human agency. And the luridly drawn figure on the final splash page of Wonder Woman #37 doesn’t have it.

And quite frankly, Wonder Woman herself barely has it, spending another issue simply barking how she has no idea how she’ll handle everything that’s happening to her, as if she’s a 1950’s housewife worrying about getting the roast in the oven AND getting the kids their baths before her husband gets home and demands his martini. It’s a terrible presentation of the autonomy and strength of twenty-first century women. And an enormous problem for a book about our preeminent female super-hero.

I’m not going to sit here and list all the ways that David Finch could have drawn that scene that could be better, or that Meredith Finch could have written the reintroduction of Donna Troy that would have made me happier. It’s not my job (or right) to rewrite the stories I don’t like. What I can say is that it’s possible to tell this same story and not have its female leads presented as vacuous dolls for dramatic effect. A choice was made here, and it was most certainly the wrong one.