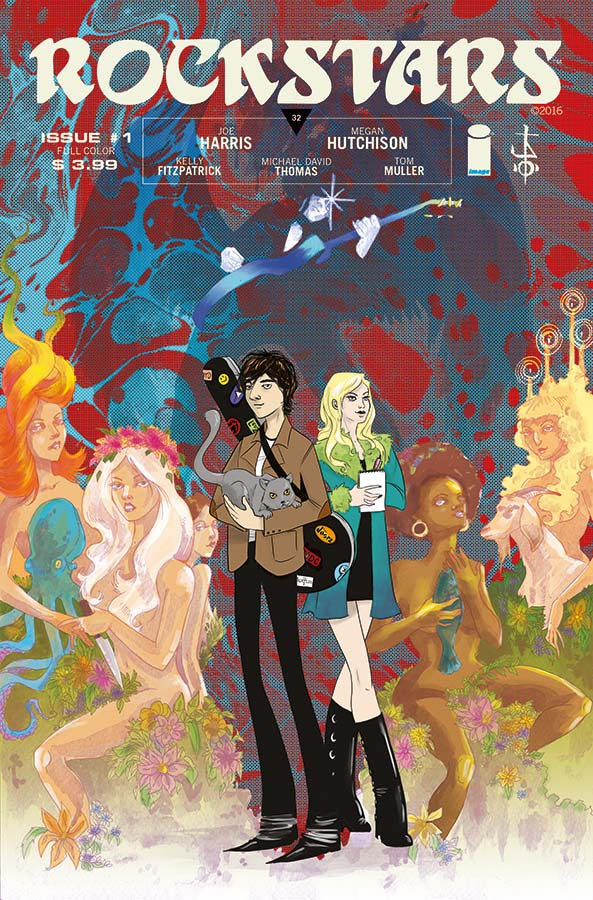 When a pattern of unsolved “groupie” murders from the 1970s resumes in present-day Los Angeles, nobody makes the connection except Jackie Mayer, a rock nerd with a strange connection to music’s urban legends and lost history. Together with muckraking music writer Dorothy Buell, they soon uncover a vast conspiracy involving a legendary band, demonic possession, and sacrifices to the dark gods of rock.

“Rock ‘n’ roll history is filled with the kinds of super-powered beings and colorful characters I was awed by growing up, and bringing that mystique, glamour, pageantry, and power to comics is something I’ve wanted to do for a long time,” said Harris. “This is my love letter to the bands, era, and music I adore and which has captured my imagination like little else for what feels like forever. Honestly, I feel like I’ve been writing this series, in my head and heart, since I was 8 years old.”

“I’ve yet to work on a project that has challenged and excited me the way ROCKSTARS has,” said Hutchison. “From the music to the costumes to the characters and the settings, ROCKSTARS is a rich world of horror, humor, mystery, and bad-assness.”