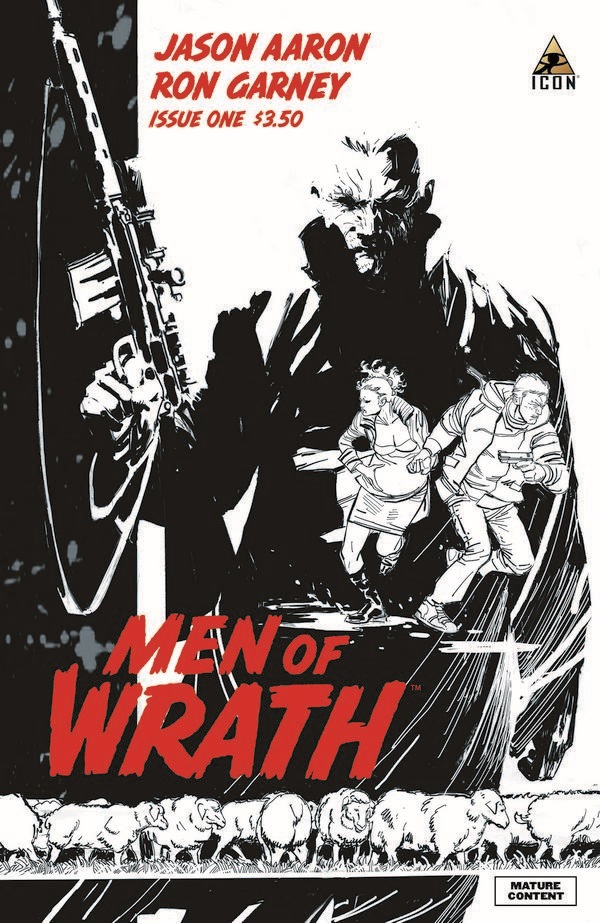 The newest series from Marvel’s creator-owned ICON imprint is a smash hit, and it’s already gone! Today, Marvel & ICON are proud to announce that Jason Aaron & Ron Garney’s MEN OF WRATH #1 has completely sold out at the distributor level less than 24 hours after release and will immediately return for a second printing! Now is your chance to jump aboard the hottest new creator-owned series from two of the biggest names in the comic industry as they explore the dark past of mysterious Hitman known as Ira Rath. Aaron & Garney’s exploration into the psyche of this vicious killer already has critics begging for more!

“Men of Wrath is something that will churn your stomach in the best way.”
– Comics Beat

“These are talented creators telling a gut punching tale”
– Comicosity

Now is your chance to get experience the issue that already has the whole industry waiting on the edge of their seats! Be there when MEN OF WRATH #1 returns to comic shops later this month…or face the wrath of another sell out!