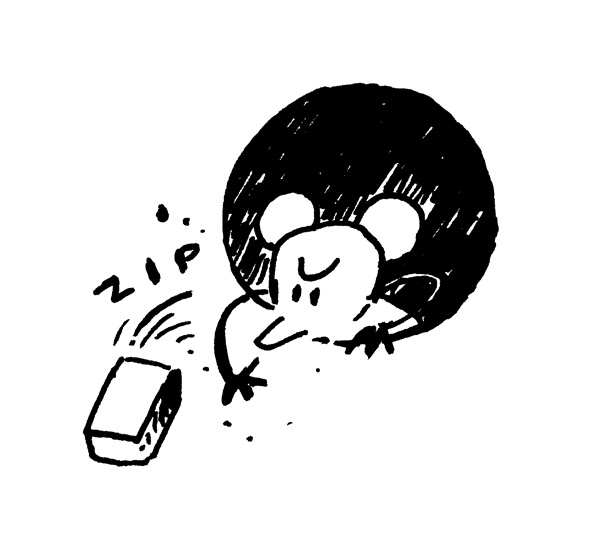 The Small Press Expo (SPX), the preeminent showcase for the exhibition of independent comics, graphic novels and alternative political cartoons, is pleased to announce the 2017 nominees for the annual presentation of the Ignatz Awards, a celebration of outstanding achievement in comics and cartooning.

The Ignatz, named after George Herriman’s brick-wielding mouse from his long running comic strip Krazy Kat, recognizes exceptional work that challenges popular notions of what comics can achieve, both as an art form and as a means of personal expression. The Ignatz Awards are a festival prize, the first of such in the United States comic book industry. This year’s Ignatz image is by 2016 Promising New Talent winner, Tillie Walden.

The nominees for the ballot were determined by a panel of five of the best of today’s comic artists, Neil Brideau, Glynnis Fawkes, Sara Lautman, Trungles and David Willis, with the votes cast for the awards by the attendees during SPX. The Ignatz Awards will be presented at the gala Ignatz Awards ceremony held on Saturday, September 16, 2017 at 9:30 P.M.

Beginning this year, there will be ten Ignatz Award categories as the Outstanding Anthology or Collection will be separated into two different awards:

Additional information about the nominees can be found at http://www.smallpressexpo.com/spx-2017-ignatz-awards-nominees.

In the next few weeks, SPX will announce additional guests, special events, and a full slate of programming.

Small Press Expo (SPX) is the preeminent showcase for the exhibition of independent comics, graphic novels, and alternative political cartoons. SPX is a registered 501(c)3 nonprofit that brings together more than 650 artists and publishers to meet their readers, booksellers, and distributors each year. Graphic novels, mini comics, and alternative comics will all be on display and for sale by their authors and illustrators. The expo includes a series of panel discussions and interviews with this year’s guests.

The Ignatz Award is a festival prize held every year at SPX recognizing outstanding achievement in comics and cartooning, with the winners chosen by attendees at the show.

As in previous years, profits from the SPX will go to support the SPX Graphic Novel Gift Program, which funds graphic novel purchases for public and academic libraries, as well as the Comic Book Legal Defense Fund (CBLDF), which protects the First Amendment rights of comic book readers and professionals. For more information on the CBLDF, visit their website athttp://www.cbldf.org. For more information on the Small Press Expo, please visit http://www.smallpressexpo.com.