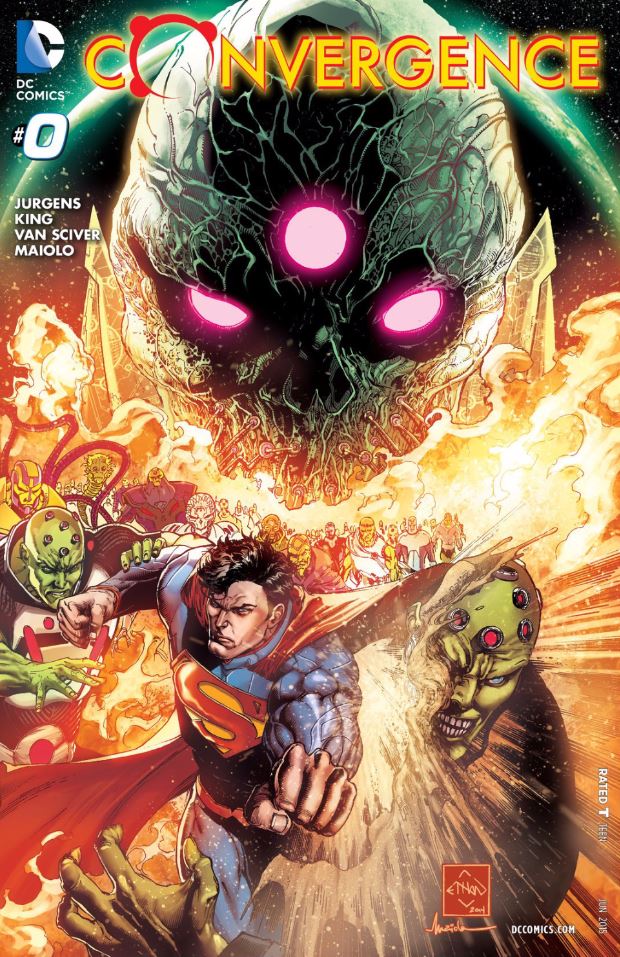 Con season is upon us. Comic’s season Is upon us. Like food in the garden the stories grow and grow. We have great picks from our contributors full of great spoilers. Let’s get to it!

THE DYING AND THE DEAD #2 – Tommy Zimmer

The Dying & The Dead by Hickman and Ryan Bodenheim no. 2 was my favorite comic book this week.  Great stuff.

THE DYING AND THE DEAD #2 – James Kaplan

I really enjoyed this issue. This is your classic “getting the band back together” story, as we see the Colonel round up his old squad from nursing homes, oil fields and jail. It feels like as of the next issue were probably about to jump into the deep end as far as the story is concerned, so this issue does a good job as a transitional story, establishing something of the personalities of the main characters. The art from Ryan Bodenheim is great here, detailed and highly expressive, and it works really well with Michael Garland’s somewhat monochromatic, thematic color palate.

I agonized a bit about giving this Honor Roll to this, Uncanny Inhumans or Southern Bastards. I thought “Well, which of these makes me look the least nerdy”, but that went nowhere. So, at this point, I think James Tynion IV is the only writer at DC currently I trust to write any of the Bat-Family under 20. This is one of the Tim Drake-iest moments I have seen since September 2011 (and those have been in very short supply). Basically, DC, as much as I know you were willing to appropriate Kon’s design and give it to Superman or…whatever…you’re doing in Wonder Woman, give us a Steph/Harper/Tim/Cullen-centric book.

Also, if you’re really trying to push diversity, then why have you not brought Cassandra Cain back? Hmmm?

As a life-long DC fan, I’m a HUGE fan of the multiverse, and as so happens every decade or so, it’s time for some kind of “crisis” to clean things up. Convergence #0 gave us a trip down memory lane & has me ecstatic for what’s to come!

Joelle Jones and colorist Laura Allred kick ass on Lady Killer, but this panel really blew me away. Love the stair steps up and then the weird descent through the apartments back down. Excellently paced and pencilled by Jones. Beautifully and timely colored by Martin.

Steve McNiven drawing everybody’s Inhumans should be draw enough.  Luckily, we also get Charles Soule telling the tale of what Blackbolt has been up to during these recent troubles in the Marvel 616.  Together they give us the best visual demonstration of what his power would look like in visual and audible effects.  And yes, I do mean since Jack Kirby and Stan Lee created him in the 1960s.

This is the start of a horror story that is going to get brutal. Prepare yourself.