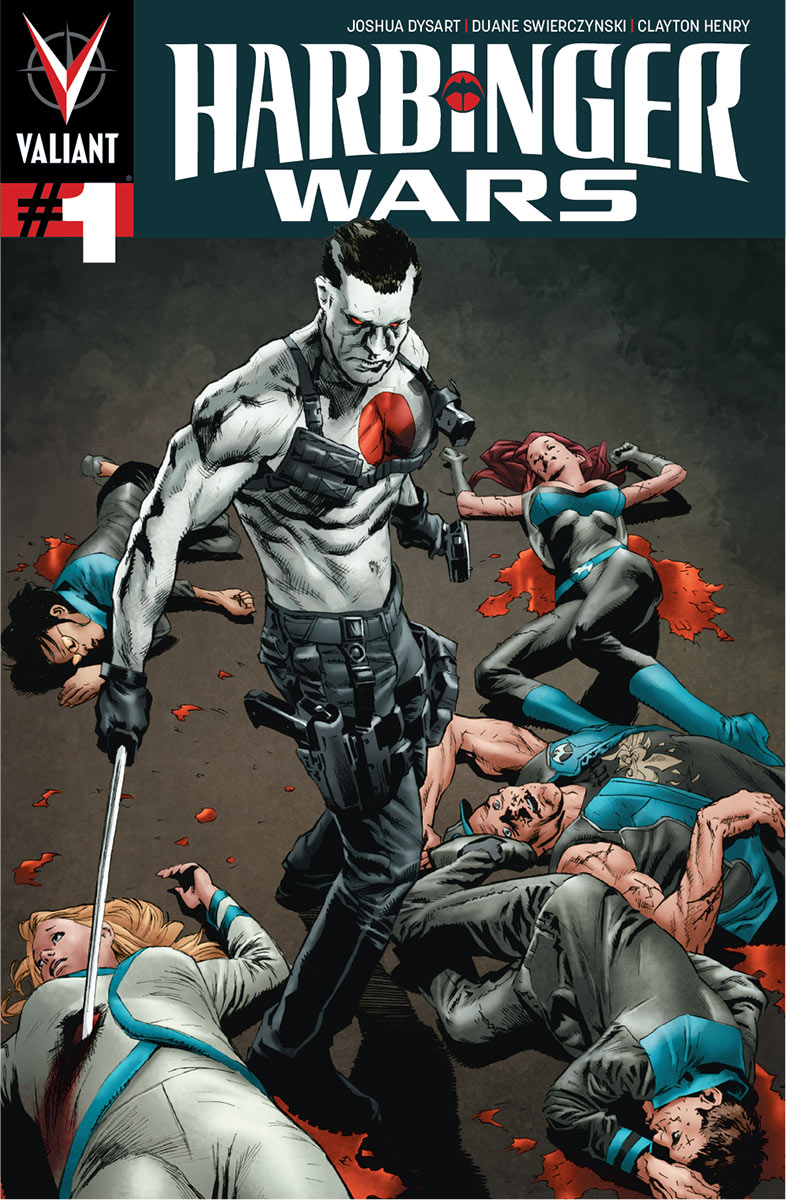 Happy Friday, friends! Time to talk about the best releases of the week, the top comics that made the Honor Roll! This week’s best come from across the publishing board, and all different subject matter. There are a couple surprises within, let’s dive into The Honor Roll! 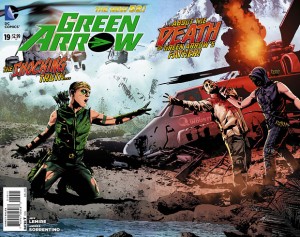 We’re 3 issues into the Lemire run and I am still shocked by what a turnaround this book is. Lemire has changed Green Arrow the way he should have been with issue #1, and #19 was an absolute pleasure to read. Lemire is filling this comic with more mystery than a person can handle, and Ollie is a gritty warrior now, not a spoiled brat with toys (thankfully). Ollie’s origin and past are slowly starting to unfold, and Lemire and Sorrentino are the perfect guides for this story. As solid as the script is, Andrea Sorrentino’s art makes this comic book a wonder to behold. I don’t know what it is about archers, but this comic is as visually interesting as Marvel’s Hawkeye, design being a critical aspect of the book and a feature that is driving the story forward as much as the script is. The visuals in this comic are second to none and I applaud Lemire and Sorrentino for turning this comic around so quickly and making it a must read. If you were on the fence about trying Green Arrow again, do so. You won’t be disappointed. 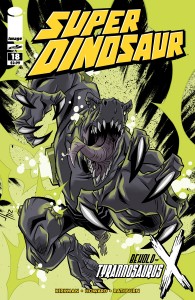 From a gritty book to an all-ages romp…Super Dinosaur! Robert Kirkman is known better for zombies and some gory superhero work than this comic, but don’t let that fool you: it is a solid read! This is a great action comic that I would be comfortable giving to a kid: one with action, adventure, a mystery that isn’t mired in years of history but also doesn’t pander to kids, and a lot of fun! Super Dinosaur is a fantastic gateway book into the world of comics, and I can tell you with certainty I’ll be reading it going forward. Kirkman’s dialogue is strong in this book, and Howard’s crisp, sharp pencils are the perfect fit for this story. Plus, dinosaurs! C’mon, what more can you ask for than dinosaurs? Nothing. That’s what. 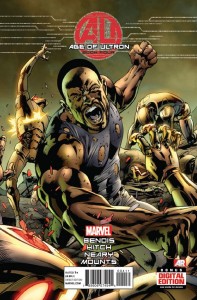 Now that’s what I am talking about! My review of #3 was not the most positive one I have ever written, but issue #4 has turned my opinion around big time. The pace has picked up significantly and forward motion is definitely happening in this series. This issue is filled with some absolutely heartbreaking moments, captured brilliantly by Bryan Hitch and set up very well by Bendis. I’m still 100% confused as to how this will ever tie back in to continuity, but nevertheless I am going to be along for the ride for as long as this series is as strong as issue #4. This is Marvel dystopia done right, and issue #4 is definitely worth a shot for any reader who was iffy on the series so far. This is priming to be one heck of a big fight, and nothing will be easy along the way. This is the superstar work I was looking for, and I look forward to more! 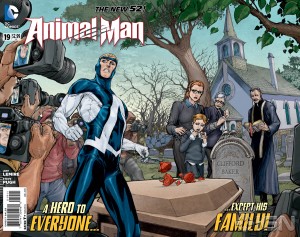 The heartbreaking moments I talked about in Age of Ultron #4 are nothing compared to this comic. I’m not usually a fan of comics filled with mourning, especially considering the requiem Bat books right now, but this comic is so well executed I couldn’t keep it from this list. Lemire has rocked Buddy’s world (and his family’s) and this dark horse of a book keeps soldiering on, fresh as ever. The series will be taking a different path than I expected, and I applaud Lemire for keeping Animal Man unpredictable. After 18 issues of The Red, who knows what awaits Buddy? I know I’ll be reading to find out as #19 had me hooked from the first page until the very last. 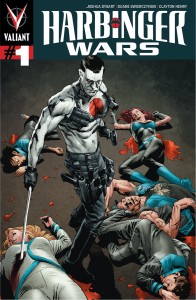 Valiant’s first crossover has officially begun, and boy, did they kick it off with a bang. Dysart and Swierczynski do a great job with this comic by pushing through a ton of story but also adding in a lot of setup for new readers. This is an event book that a new reader could pick up and get a fantastic introduction to the Valiant Universe, and for that reason they should be commended. Harbinger Wars #1 puts the Harbinger characters straight in the warpath of Bloodshot, who has really grown as a character over the past few months. This Valiant line as a whole just keeps getting stronger and Harbinger Wars is an example of how the Big Two really aren’t the only companies who can execute an event well. The issue’s art team of Clayton Henry, Clayton Crain and Mico Suayan provide impressive visuals and editorial split their duties very well, changing styles with logical story shifts so that the book feels cohesive and like a singular story. I hightly recommend this comic to anyone who likes reading big two superhero books as it is of the highest caliber and extremely accessible. You’ve got me, Valiant – I’m in for the duration of this event!