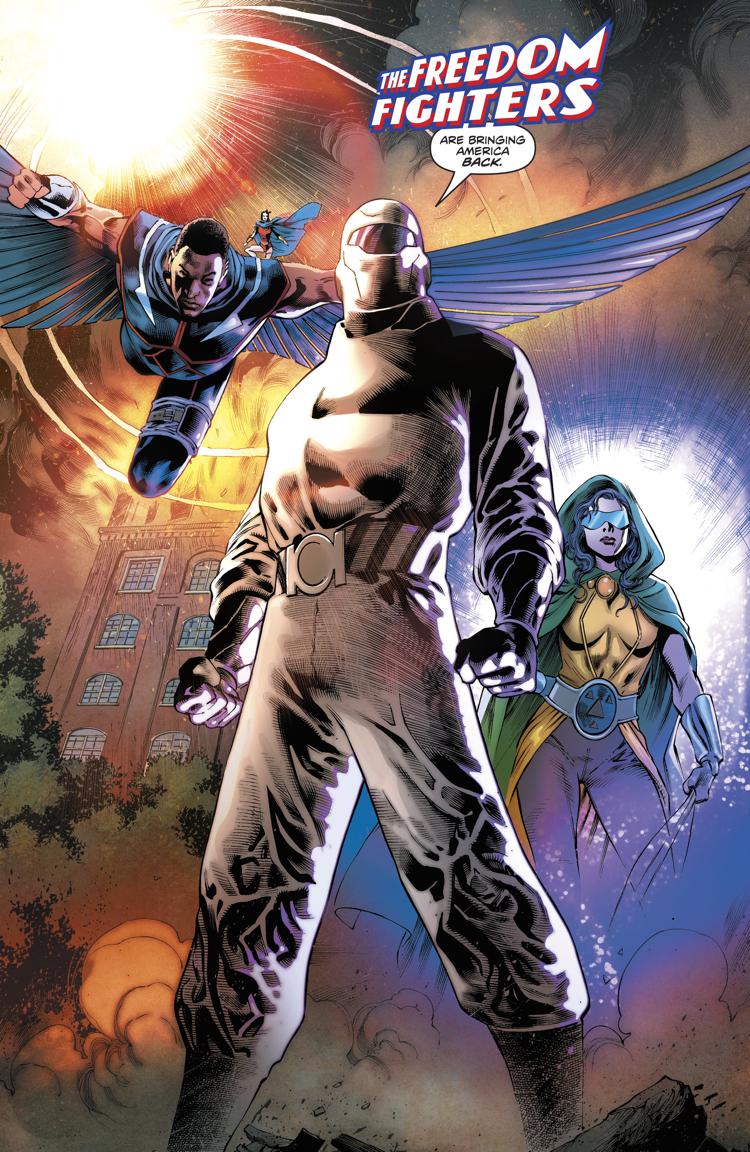 Is this the end? Or are we just prologue to the beginning? One thing is sure, we can count on comics to be there at the start and the end. We have great spoiler filled picks from our contributors to check out, so let’s get to it.

In a world where the Third Reich won the Second World War it’s November 22 1963, and while JFK doesn’t get assassinated, the spirit of Liberty takes a hit. And it all begins with sinister ripples across a flag in Freedom Fighters #1, a darkly compelling revamp of the DC superteam comprising transplanted Quality Comics characters, by writer Robert Venditti, penciller Eddy Barrows, inker Eber Ferreira, colourist Adriano Lucas and letterer Deron Bennett. 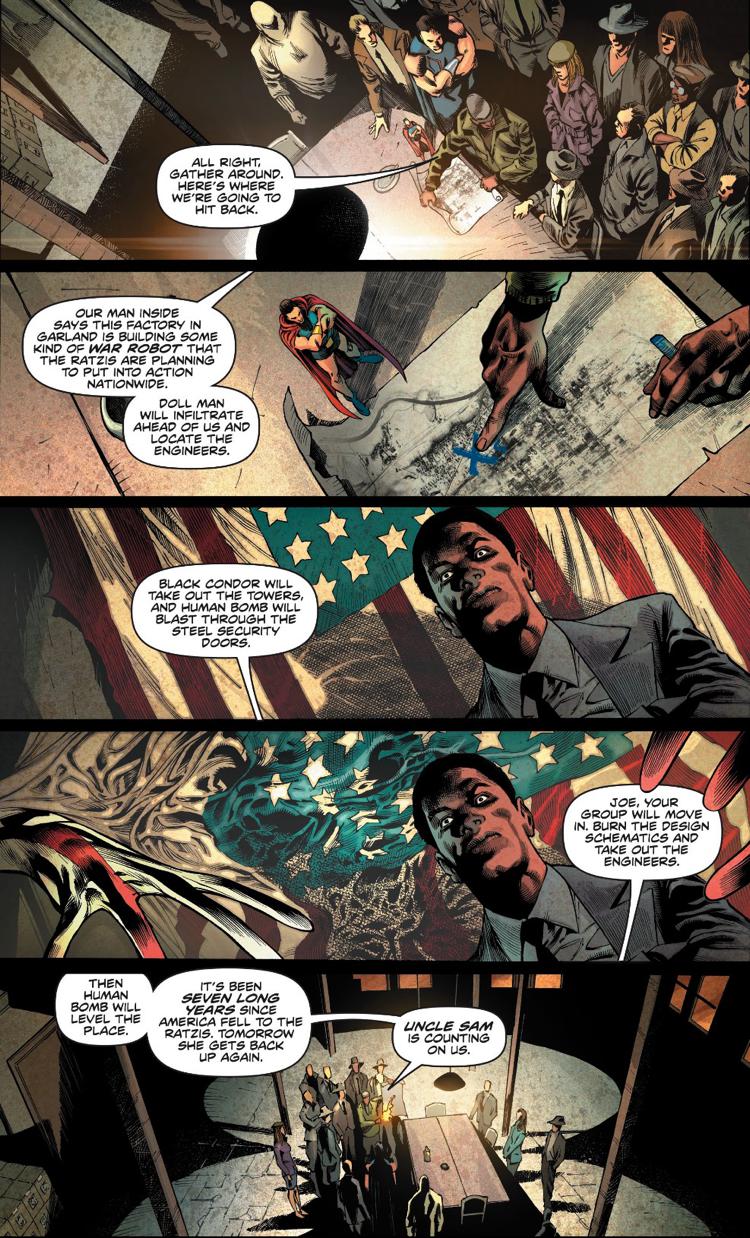 I certainly didn’t expect to see a Freedom Fighters comic before we see the JSA again, but this is a welcome read. And I certainly echo the Human Bomb’s sentiments. Robert Venditti writes, Eddy Barrows draws, Eber Ferreira inks, Adriano Lucas colors, and Deron Bennett letters. You? You can read.

I hope that this is continued in another Spider book. I need to know how Mayday will react to her father returning. 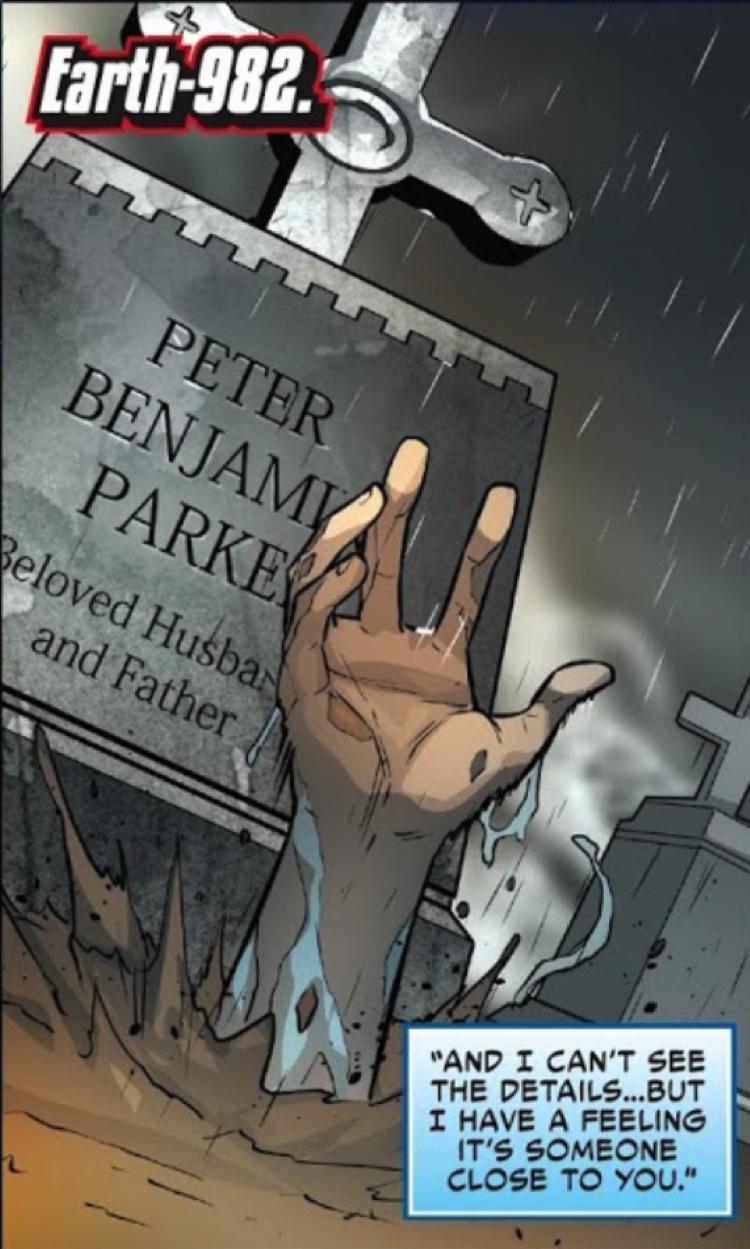 Grumble has a lot of character. This panel wonderfully encapsulates the humor, wit and weirdness of this new series.

This week saw the release of another batch of 100-Page Giants from DC Comics and Walmart, and the team of Bendis & Derington continue to impress in Batman 100-Page Giant #6! Can’t wait for next issue! 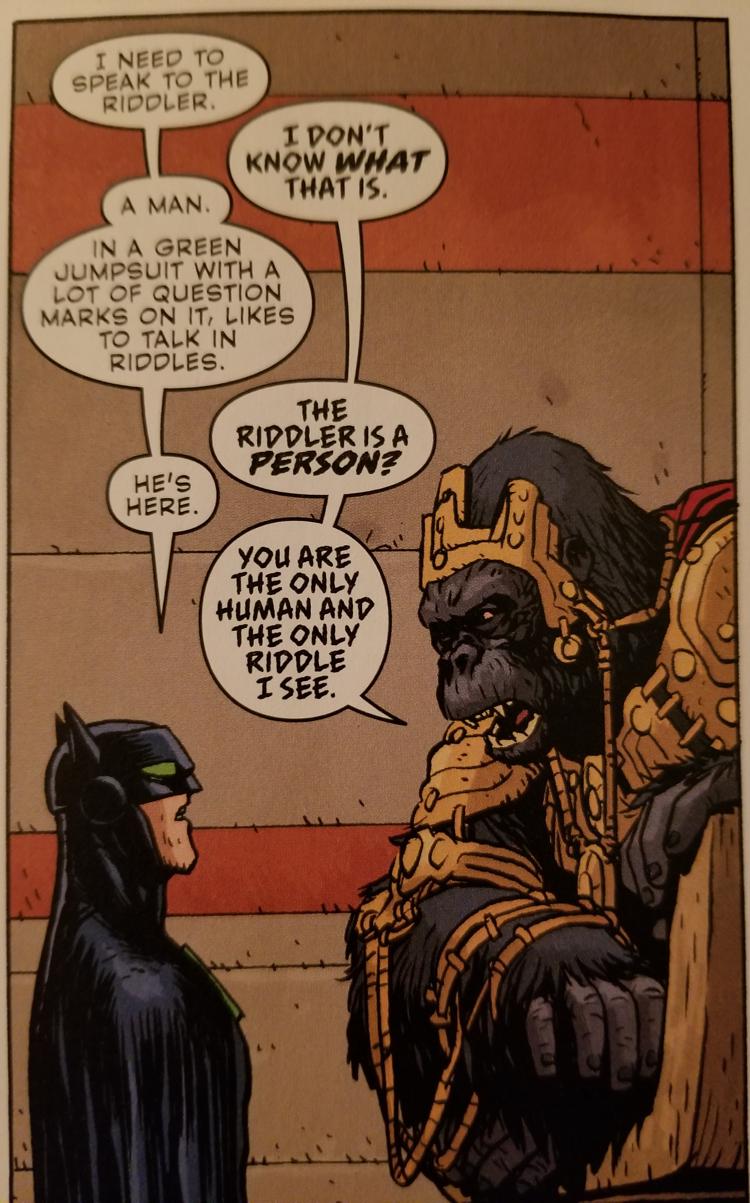 The only good Nazi is a dead Nazi.