On the hot days of the year one thing will keep you cool. A big stack of comics. Or something. Regardless we have a great group of picks from our contributors full of wonderful spoilers. Let’s get to it!

Harrow County has so many jaw dropping moments. This is one creepy book. Cullen Bunn/ Tyler Cook  and Owen Gieni have me counting down to the third issue. Great stuff. 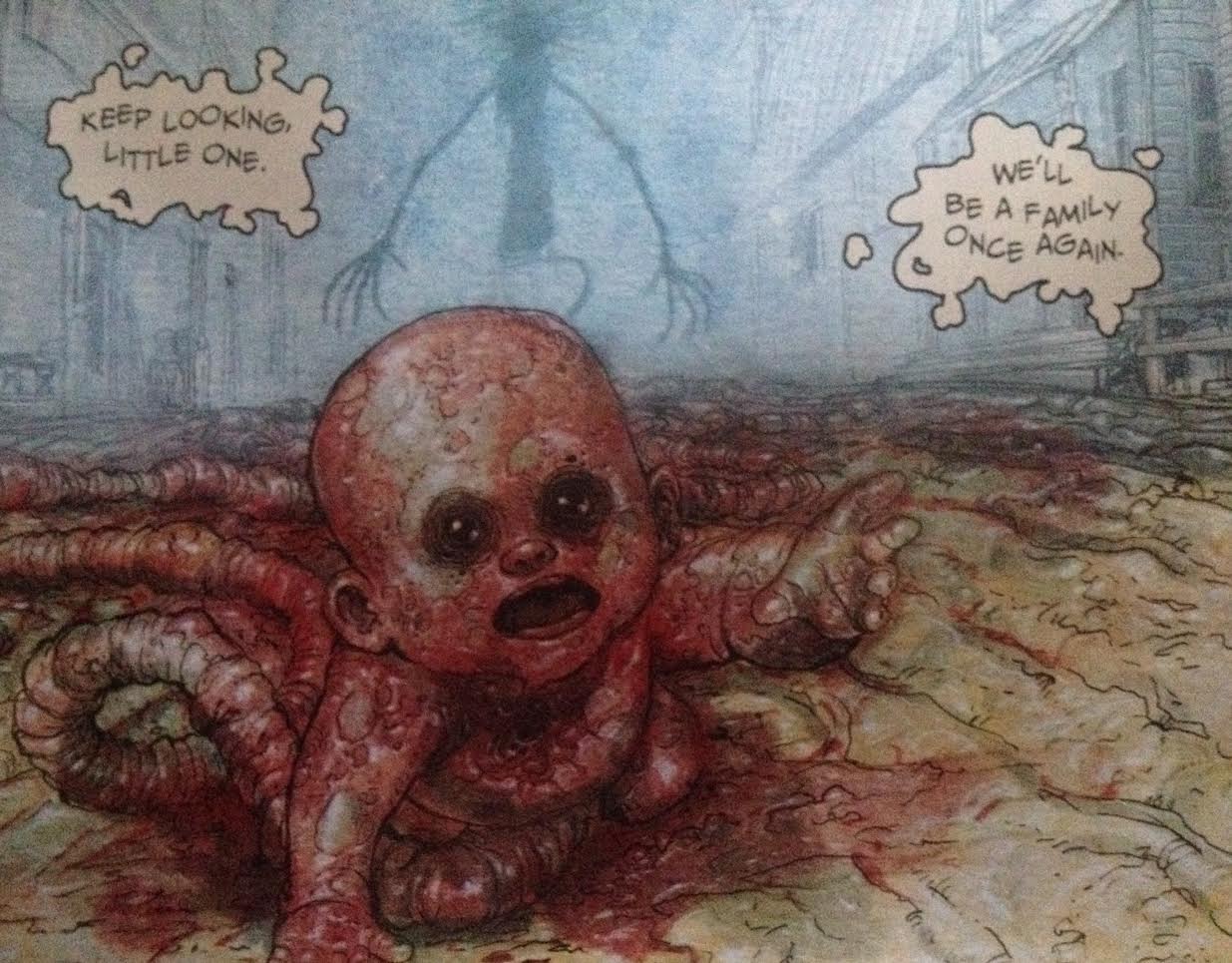 This book needs more readers. It avoided a lot of the clichés that would’ve been expected and showed a real partnership between Maps and Damian that I wish was more than just a one-shot.

Still kinda ship it, tho. 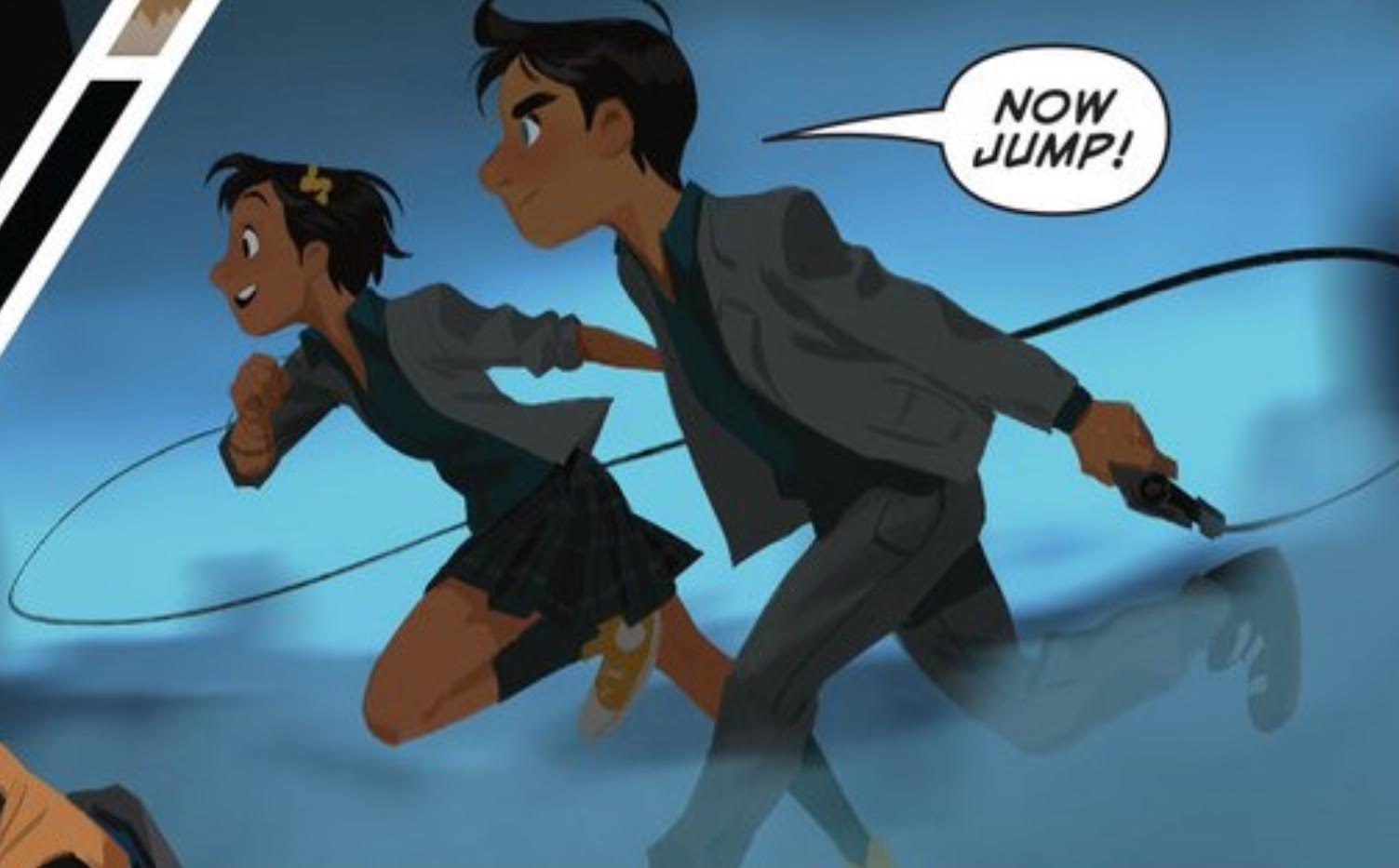 It is not often that a comic does something like this. It ends with the world being destroyed but not with heroes necessarily trying to save the day, but every single person trying to save each other. The simple mantra that everyone can be a hero is engulfed in the Mighty Avenger membership card, and the man says it best, you and I were the mightiest of Avengers. The mighty in spirit and strong in heart. Just lovely. 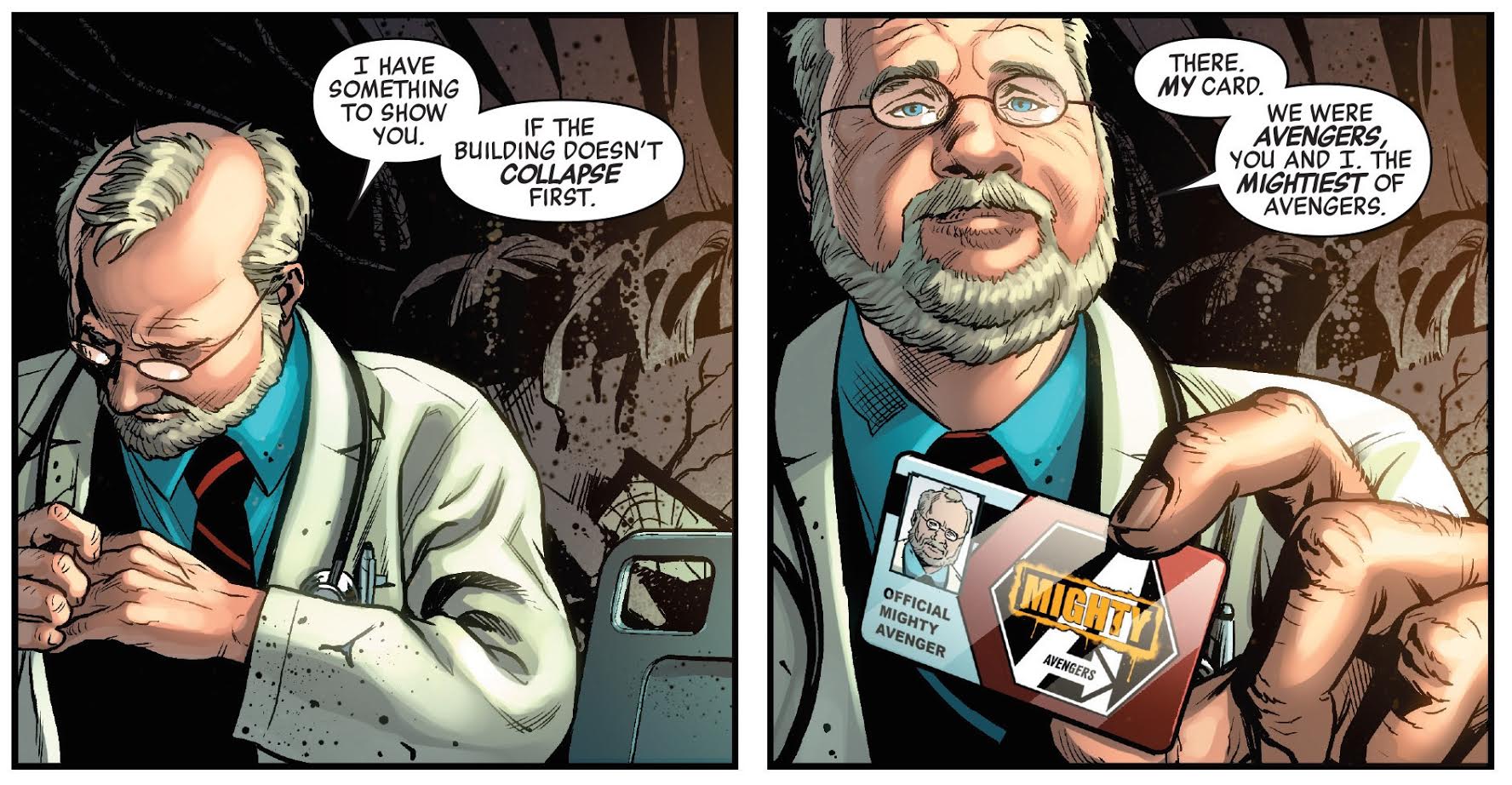 Quite an impressive debut from writer Brian Wood as he continues past the environmental, dystopian, social commentary of his last series, The Massive, and focuses on conglomerate media and the 1% in his latest series, Starve. This final panel gives us a resounding declaration of what we can expect in coming issues and artist Danijel Zezelj and Dave Stewart harmoniously present a poetically forbidding graphic that seizes your attention and forces you to “watch.” 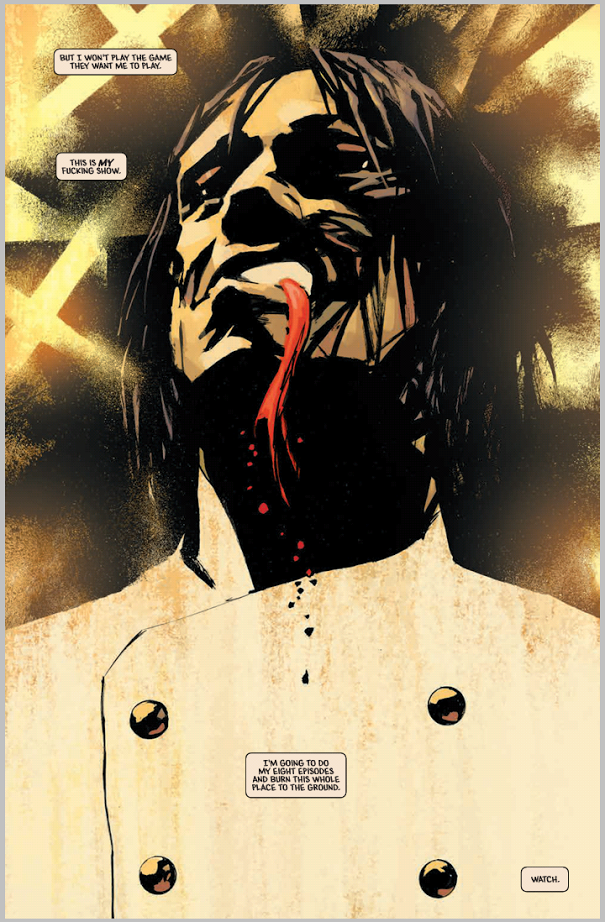 This was one of the strongest debut issues that I have read in a long time. Brian Wood has previously had success in telling stories that depict near-future dystopias and the media (DMZ), but in some ways this feels even more pointed and ambitious. In the story which takes place in the presumably not-too-distant future, we see the world through a celebrity chef that’s been living somewhere off the grid in Southeast Asia for the past several years. The food show he created has been embraced by the wealthiest of the wealthy as a symbol of their excess and their defiance of the collapse of the rest of the world around them. It’s a clever idea, and it’s executed masterfully here with sharp storytelling from Brian Wood and absolutely stunning, impressive art from Danijel Zezelj (with colors by the always excellent Dave Stewart). The art is gritty and moody and atmospheric and provides a perfect sense of the collapsed world that these characters live in. The story feels like Lazarus meets DMZ meets Chopped. It’s something you should be reading. 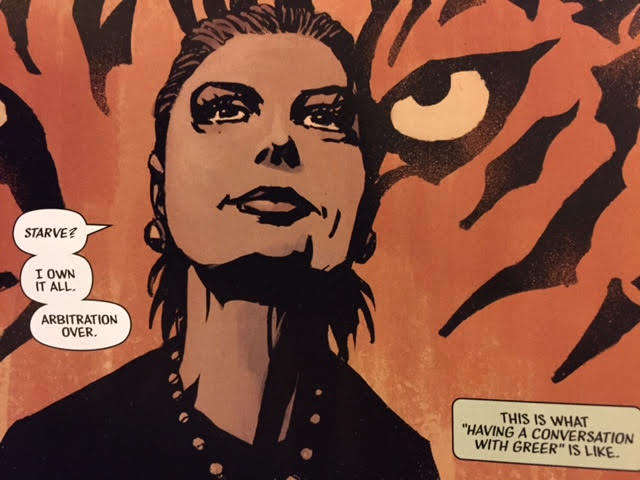 Garth Ennis and John McCrea may be referencing a twenty year old Batman story with this panel, but it’s perfect and hilarious when looked at in the light of Batman’s dark and depressing character arc over the last five years.  Section Eight isn’t the superhero team we need, it’s the superhero team we deserve. 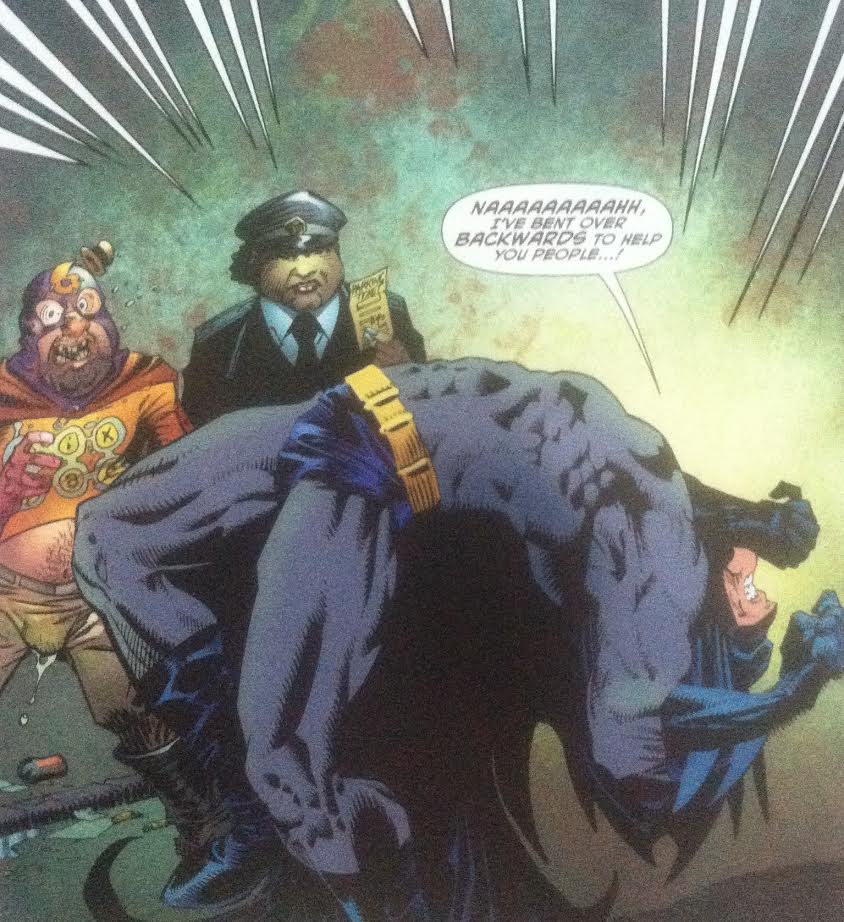 Inferno #2 is exactly why I’m loving Secret Wars. They’re characters I know, in stories that couldn’t be told any other way. Dennis Hopeless and Javier Garron bring back all the best X-Force characters from Hopeless’s recent X-Force run, but throw in tons of twists, with twists  that could never have happened in the Marvel Universe. Instead, everything is fair game and these characters are being used to tell one of the best X-stories in recent years. Great art and a fun story, this is Marvel on top of its game. 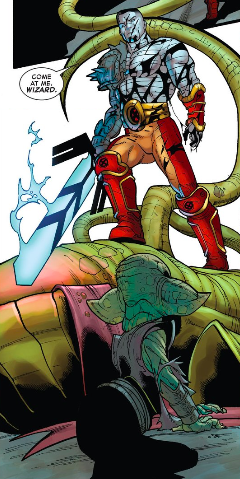 About Me Cameron Williams is a profressional bio writer.

Every issue of this had fun stories and great talent. I was really glad I picked it up. 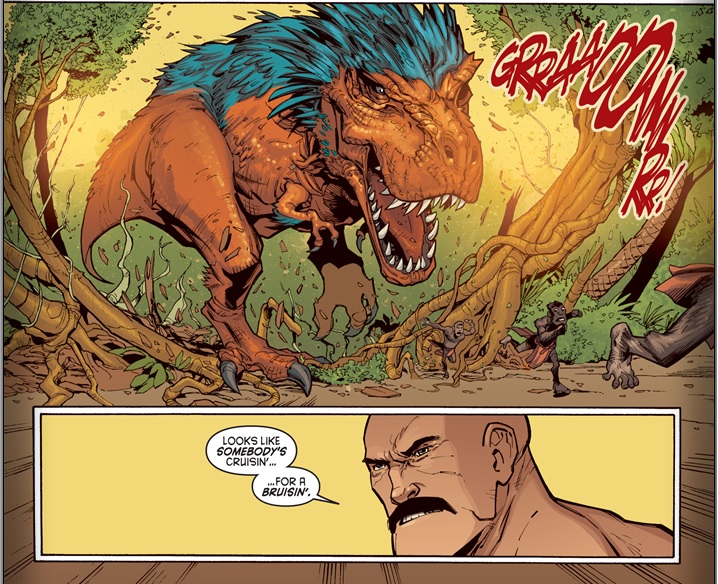