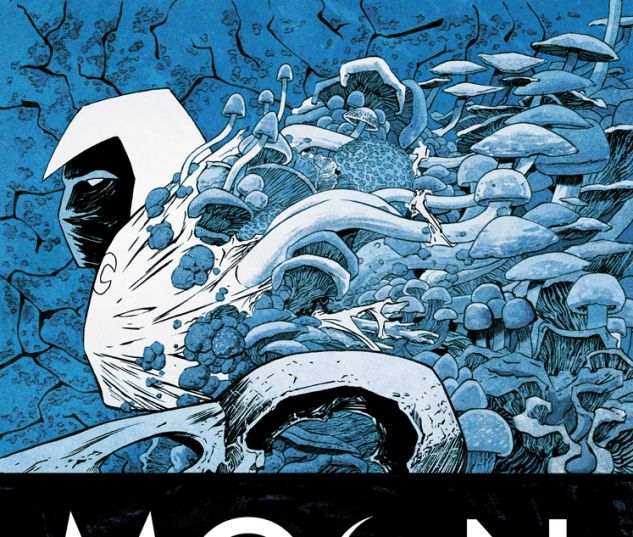 Drama drama everywhere. The best drama is in comics. Let’s check out some (spoiler filled) drama filled pics from our contributors this week. It’s the best of the best!

Warren Ellis, Declan Shalvey, Jordie Bellaire and Chris Eliopoulos are on a role. Another cool issue, exploring yet another aspect of Khonshu’s avatar and influence, and all with 80% more “trippiness” than your standard Moon Knight!

Moon Knight No. 4 by Ellis, Shelvey, and Bellaire is my pick of the week. It’s bonkers. It’s pretty. It’s unique. Check it. 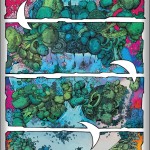 What? Are you kidding me?! Shalvey and Bellaire are giving us visual masterpieces every month! 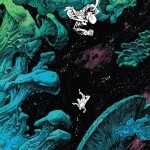 Now this book has taken the left field approach of having Moon Knight investigate the mystical and strange in one shot comics. I say strange because we really havent had much in the way of character exposition. However we have had some incredible art and colouring from the great Declan Shalvey and Jordie Bellaire. You have to love the contrast of Moon Knight in pure white against the bright hallucinogenic colours of a tormented and twisted world. I love this issue because it depicts an odd investigation but is created so fantastically. 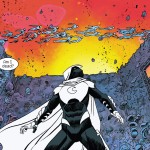 Yeah, there were books this week that I liked more than this one but I had to acknowledge this masterclass of facial expression, courtesy of Guillem March and Tomeu Morey 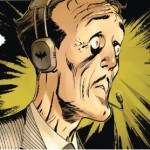 About Me:When he is not working at a library or on his Master’s Degree, Ken Godberson III is usually writing comics, prose and screenplays. He tends to be an expert on absolutely nothing except on why Impulse is the greatest superhero ever. He can be found on Twitter @kengodbersoniii or on Tumblr at http://kengodbersoniii.tumblr.com

Earlier this week I sent out a tweet that said the following, “I’m 100% certain that I would read anything that Chris Mooneyham works on.” Fast forward to Wednesday and the release of the newest issue of Five Ghosts and here we have a splash page that exemplifies my tweet. The art in this page is absolutely beautiful and I can only hope that one day I’m fortunate enough to work with Chris. 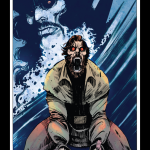 About Me:Corey Fryia is a independent comic book creator and former Associate Editor at Readcomicbooks.net. He loves creator-owned comics and has a very manly beard. You can follow him (and his manly beard) on Twitter @coreyfryia

It’s kind of crazy to realize that there is only one more issue to come for this series. It still feels like there is so much more to discover! Regardless, the second half of the The Wake has been astonishing. This particular page was especially interesting and exciting. Let’s hope we learn about what Leeward and crew have stumbled upon in the next issue! 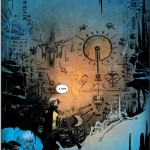 About Me: Joey is a research scientist, Ph.D. student, co-founder of an international research team, and independent data miner. He is also a senior staff member at All-Comic.com and lives for comic books, especially anything by Grant Morrison, Mike Mignola, Alan Moore, and Warren Ellis.

The “shocking” events in Miles Morales: The Ultimate Spider-Man #2 made my Honor Roll pick a no-brainer! Fantastic book that hooks you from the first page until the last! Can’t wait for issue 3! 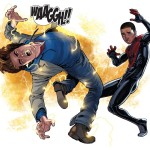 Years ago John Carpenter ended a fanatically fun b-movie with a heckuva cliffhanger.  Finally Carpenter has teamed up with Eric Powell and Brian Churilla to continue right where our hero Jack Burton was left at the end of the film.  Pete the Demon Beast is now attached at the hip with Jack and ready to get down. Go watch the movie then read the comics with all of the actors voices stuck in your head. Go.  Now. 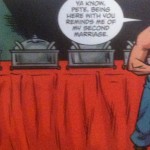 My interest in Original Sin continues to climb with each issue. I don’t even know what to say when I got to this panel. I stared at it for a few seconds, thinking “WTF?” There hast to be more to this than we are seeing. 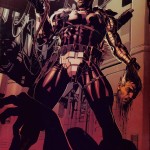 About Me: Mike Morgado has been a comic nerd going on over 30 years.  When he’s not at work or with his family, his favourite place to be is at the local comic shop on Wednesday’s with his ‘Comic Club’ pals. He can be found online @WTFisHalonCon or his incredibly ignored blog (soon to make a return) http://www.fourcolourwesterns.blogspot.com

Because sometimes you need to read comics with your kids. Let’s not forget why we love them, because comics are for all of us. 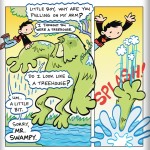