Spooky times ahead this month! Spooky good picks from our contributors this week! Lets get to the spoiler filled entries!

When a major Event is reshaping everything in the Marvel Universe, sometimes all you want to do is read about kids hanging out in a high school gymnasium. While no part of that statement should be true, Ms. Marvel makes me a believer. The payoff for the run so far is very emotional, setting the stage for the series to return in a familiar, yet All-Different way. Adrian Alphona keeps the story flowing perfectly, and for Ms. Marvel fans, this is a wonderful, albeit temporary, ending. 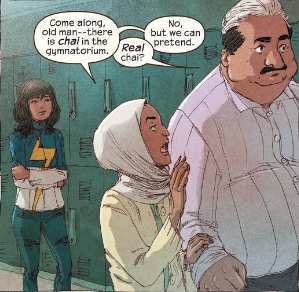 About Me: Cameron Williams is between holidays. It was Canadian Thanksgiving last weekend, and he’s at Disneyland next weekend. In the interim, he just exists, like a fading ripple on a frozen lake. He also thinks reviewers are using too many terrible metaphors lately. You can ask him about his opinion on your writing on Twitter at @Wasgo. He has opinions. He has lots of them.

Sex Criminals by Chip Zdarsky and apparently Matt Fraction just keeps on being a beautiful exploration of sex, meaning and everything hidden in dick jokes. Number 13 was released this week. It’s great. Read it. 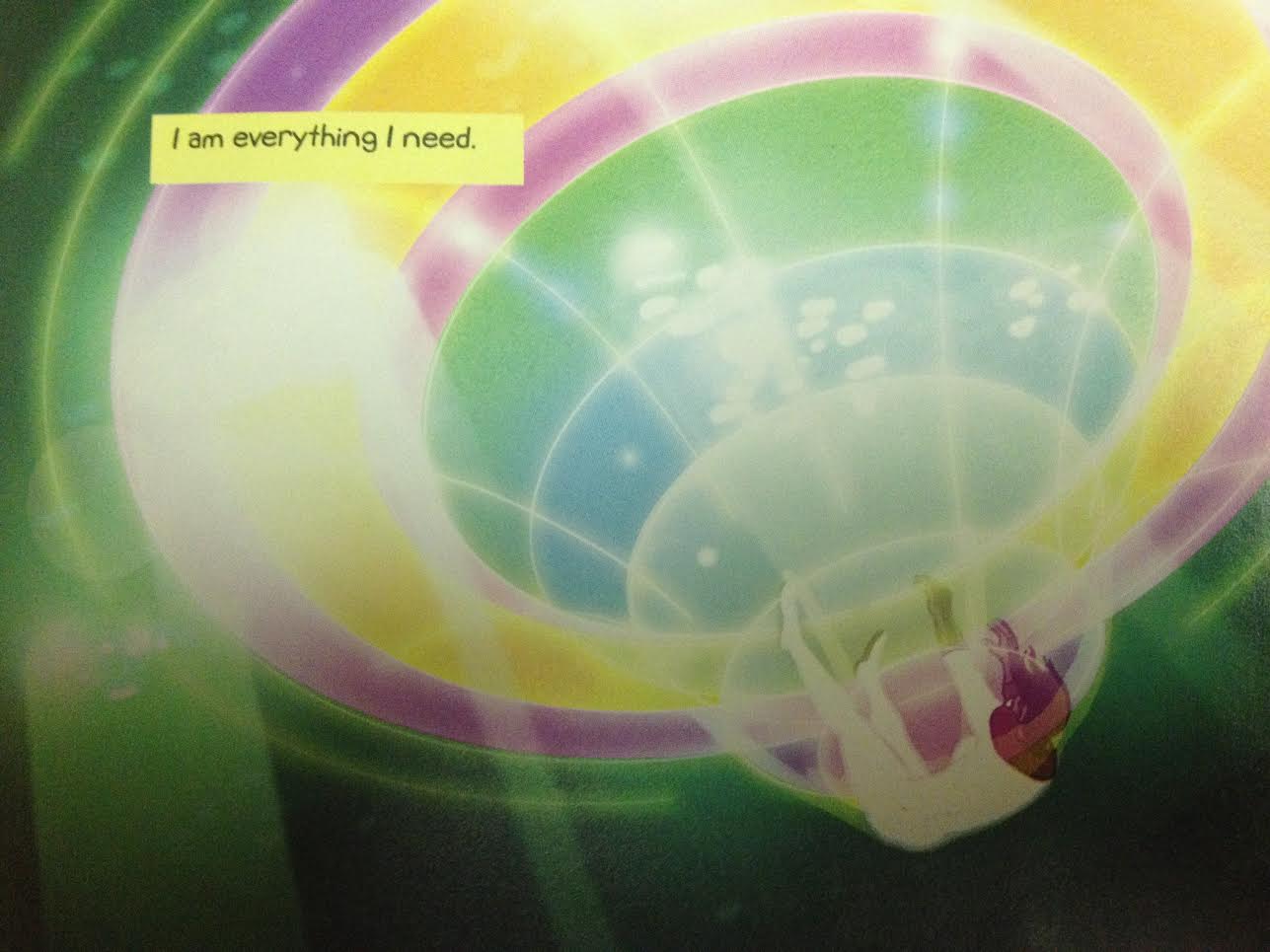 Issue 7 of Rebels was so good. Lots of feels in this story. Here we see the reaction of Sara Hull being asked to run a cannon in battle because her husband had been injured. 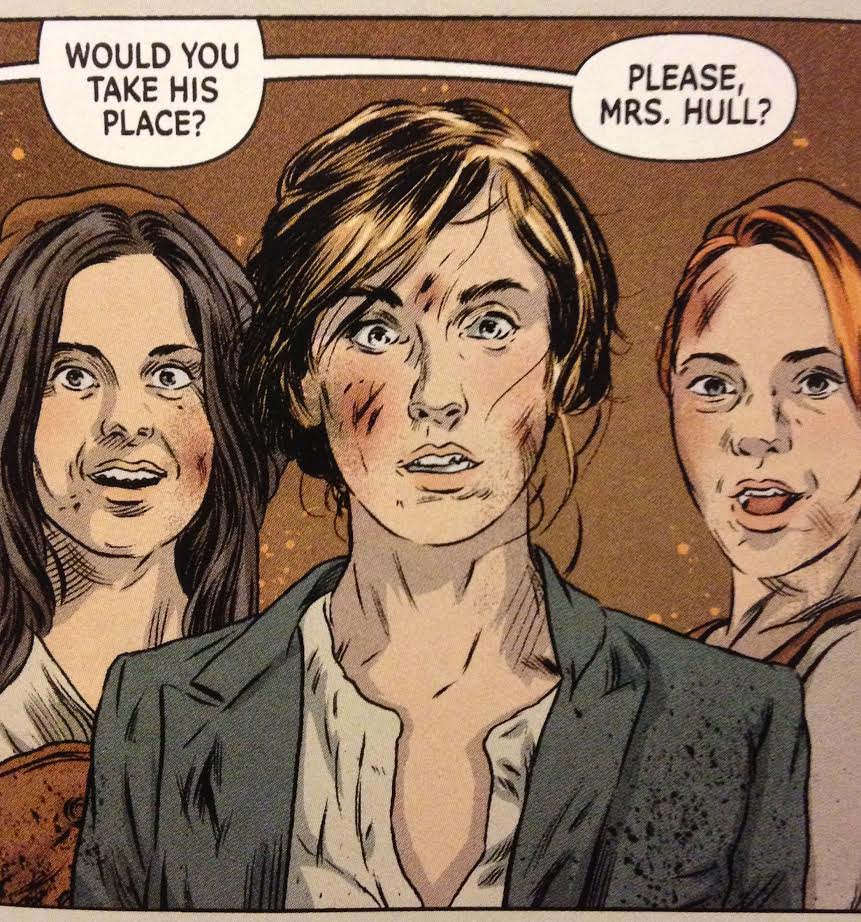 If you’re a fan of the good ol’ days when Superman was married to Lois & wore his red undies on the outside, Superman: Lois & Clark #1 is the book for you! I enjoyed the classic feel from Jurgens & Weeks’ art is phenomenal. Can’t wait for issue 2! 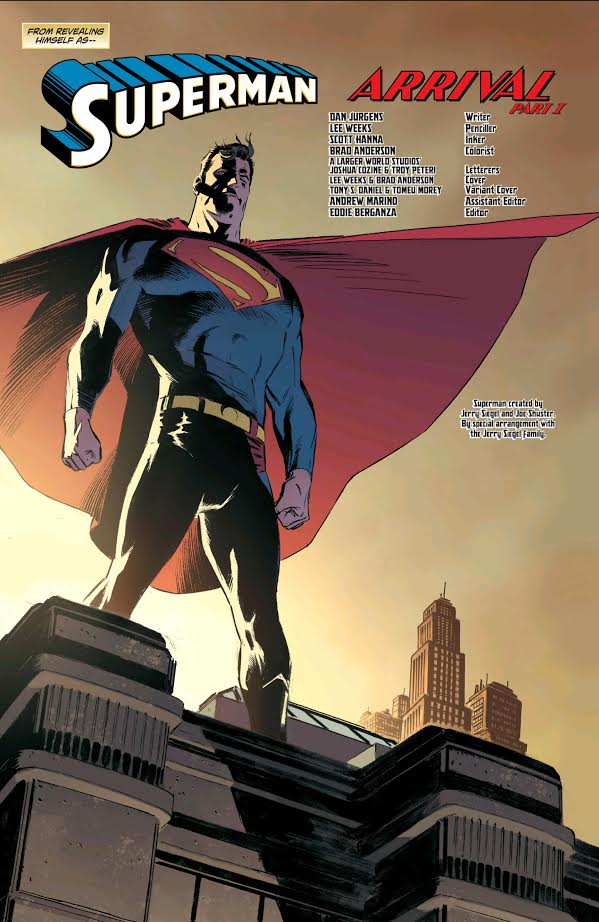 I never really imagine comic readers taking a book and having it resonate so firmly with them that you felt that it was written for you, perhaps because it has never ever happened before for me. Until now. Reconciling the love one has for their family against the love they have for their best friend against the superhero imperative that has become their life. Sadly all of those things cannot be achieved which is why the end of this comic was so perfect. 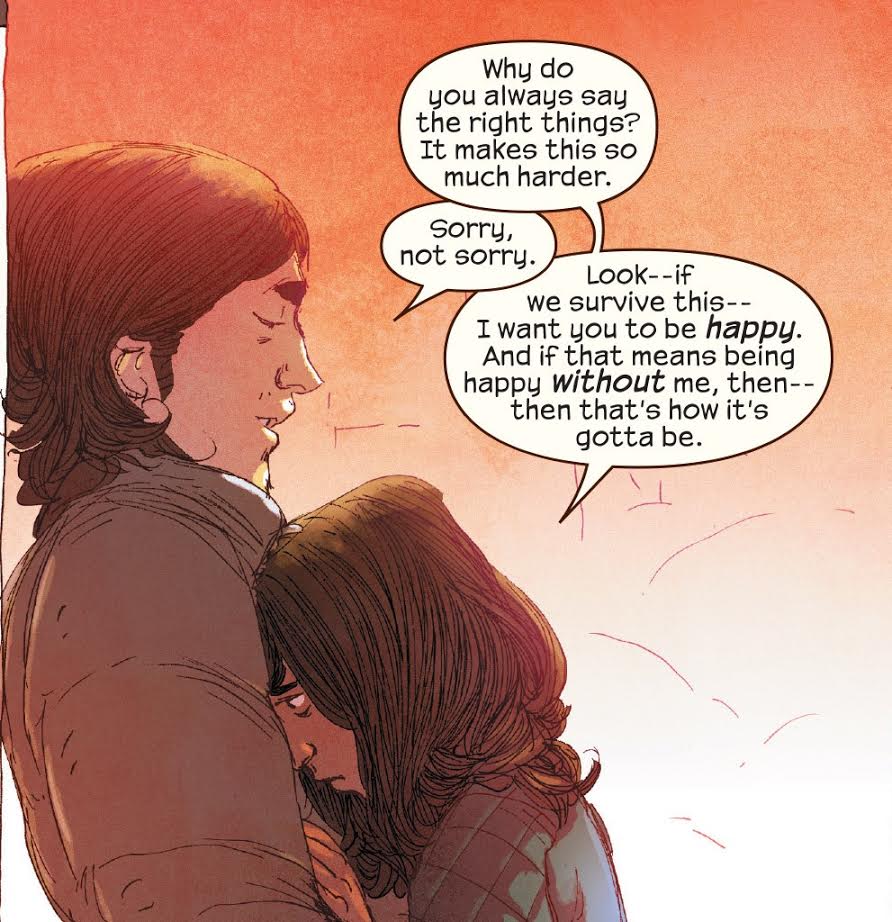 This is a book that I assumed I would enjoy, but didn’t realize just how much I would like this book. I’m still not that familiar with the character of Sam Wilson, formerly the Falcon. However, author Nick Spencer does a terrific job in this issue of really creating Sam Wilson as a three-dimensional human being and someone about whom people would want to know more. This is a Captain America that is not beholden to the United States government, that does whatever he feels is needed to right wrongs, and takes the fight directly to hateful anti-immigrant vigilantes. He’s a character with real opinions and a real point of view. The story is brought to life by terrific, expressive and at turns very funny art from Daniel Acuna. The art here gives the book a big-time action-packed superhero feel, and at the same time provides a lot of humor and emotional honesty for some of the funnier and or more personal moments. The whole creative team is doing some terrific work here, in the kind of story for which Nick Spencer seems best suited, stories focused on the character and personality as much as plot points. 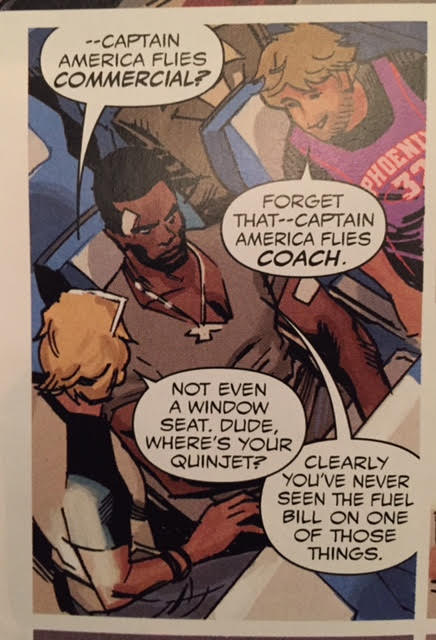 It should be an event every time brothers Fábio Moon and Gabriel Bá release a new graphic telling.  It may seem cheeky that two brothers adapted Milton Hatoum’s novel of the same name, but put those concerns to the side.  This is a wonderfully told and illustrated tale of family and everything that comes with it.  Both good and bad. 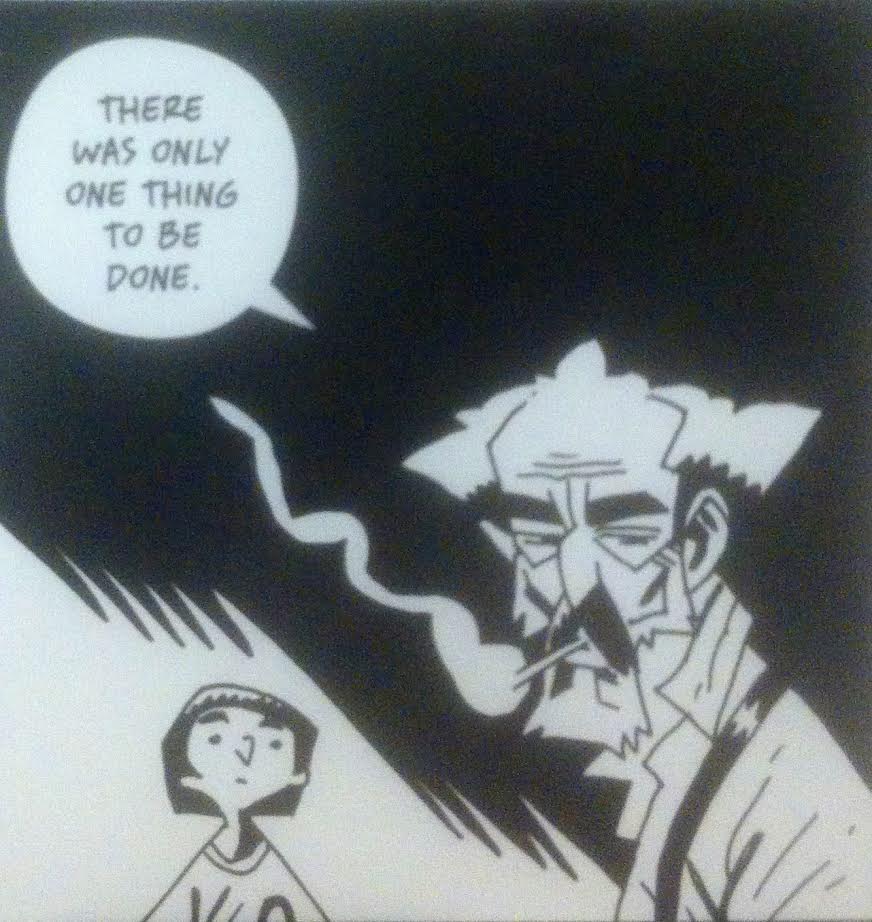 Ok. So I cheated a bit and this isn’t really a panel. However, it brought a smile to my face  and confirmed at last, what I had suspected for a long time.

Chewbacca was the real hero of Star Wars. All those humanoids did was get in the way.

With this creative team this was destined to be great. 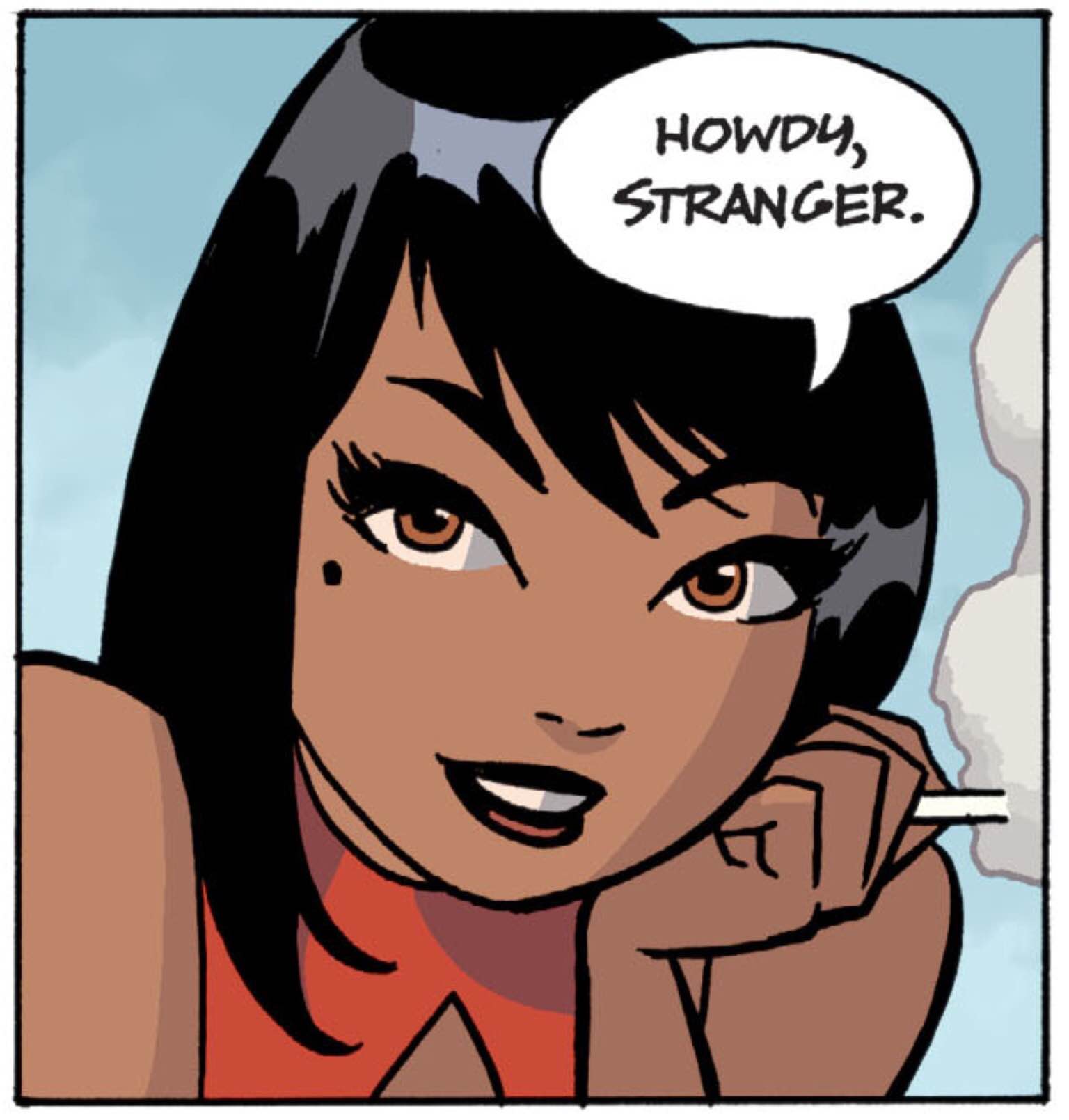