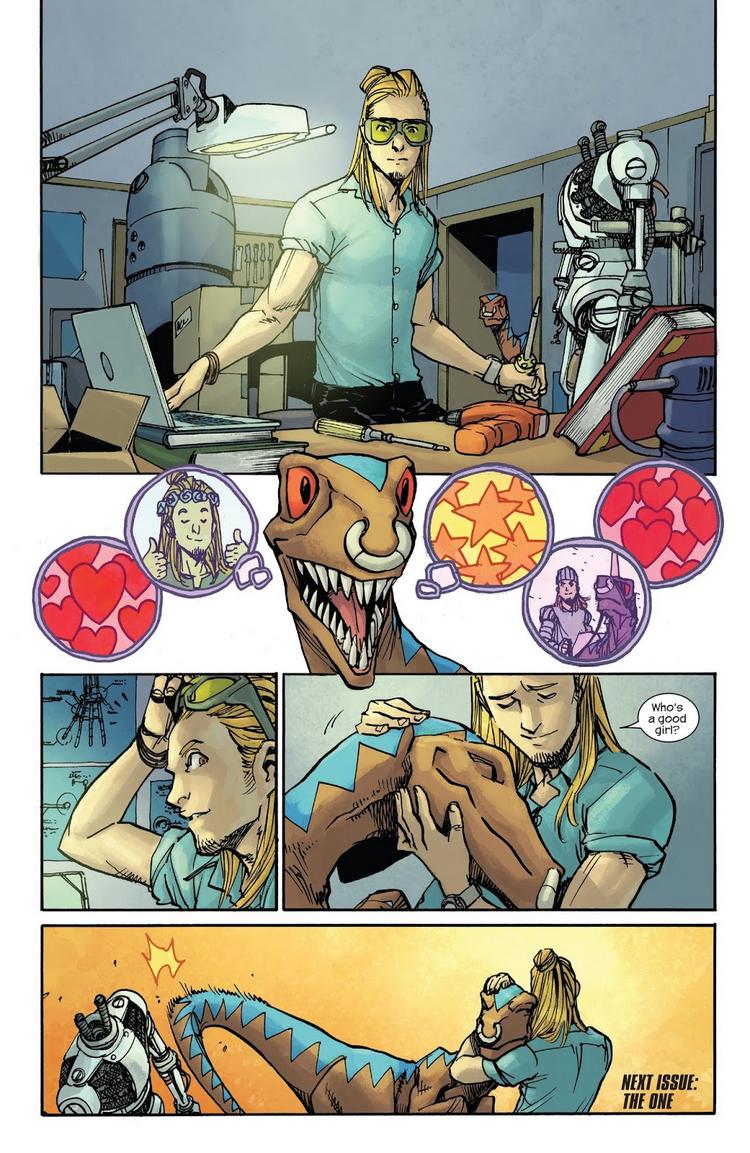 Blown away. That’s what we said this week by the awesome comics we got to read. We have some mind blowing spoiler filled picks by our contributors for you to check out so lets get to it!

Accept no substitutes. The best comic on the stands is back. I enjoy lots of comics, and then I read East of West and I feel like most comics creators are playing checkers, and Jonathan Hickman and company are playing five-dimensional wizard chess. This series is complex and weird and has humor and heart and is telling a story that is nothing short of gigantic. I’m glad it’s back and I’m thrilled to see where it goes. 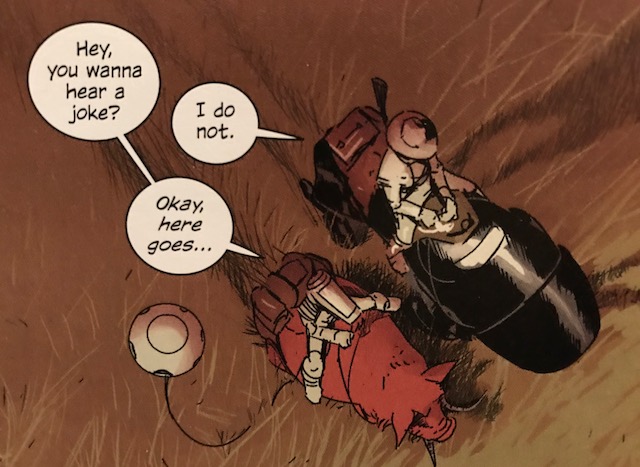 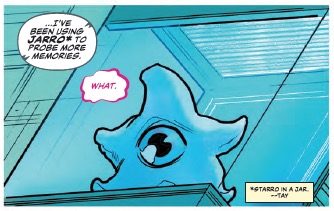 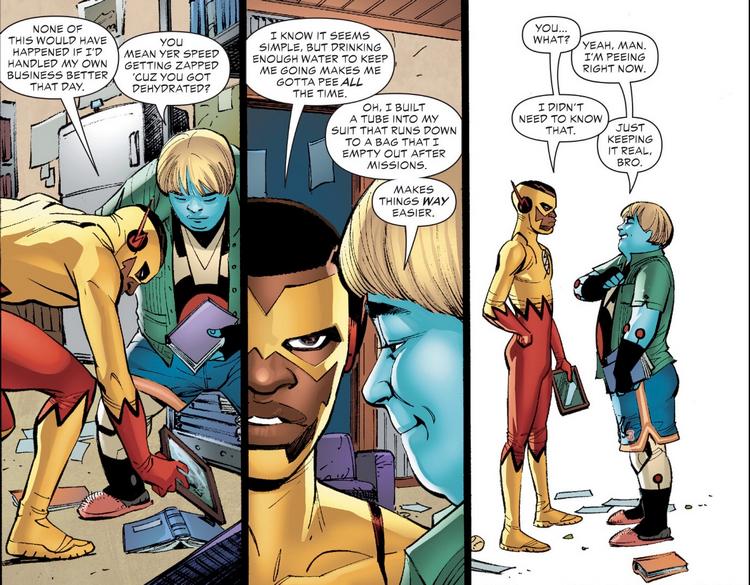 All the Runaways have grown as characters, even Old Lace. Old Lace was defined by her relationship with Gert, but when Gert pushes Old Lace away it’s Chase that greets her with open arms. I love their connection! 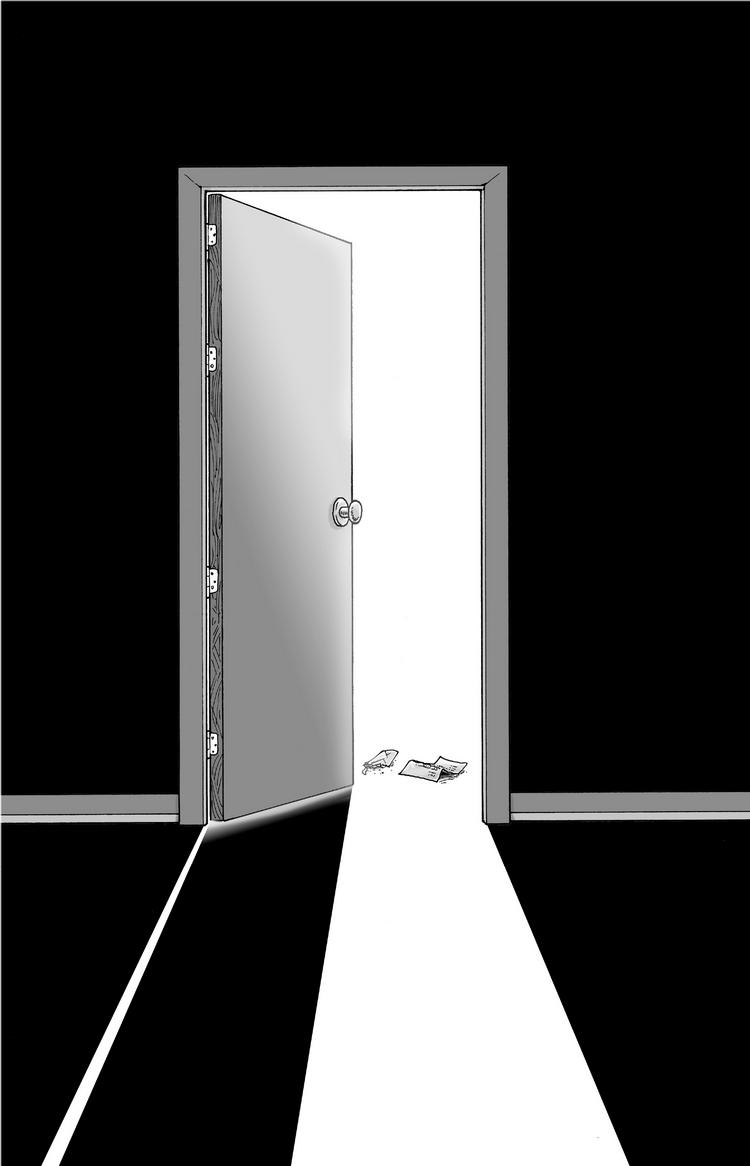