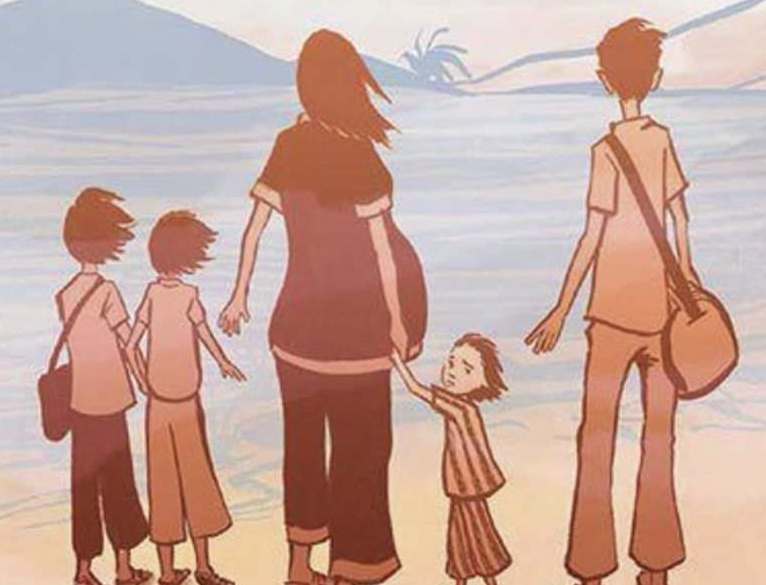 The best cape comics are stories where characters resonate with people at a human level. Superman doesn’t connect with me as a person. Clark Kent does. His relationship with Lois does. Insert any super hero name and that statement still rings true. Hell, what resonates with me in Optimus Prime is his human qualities, and he’s a giant robot. So when I crack a “real world” story open…a gripping story about resilience and a family that has gone through immeasurably difficult situations…

Well, that knocks me on my ass. 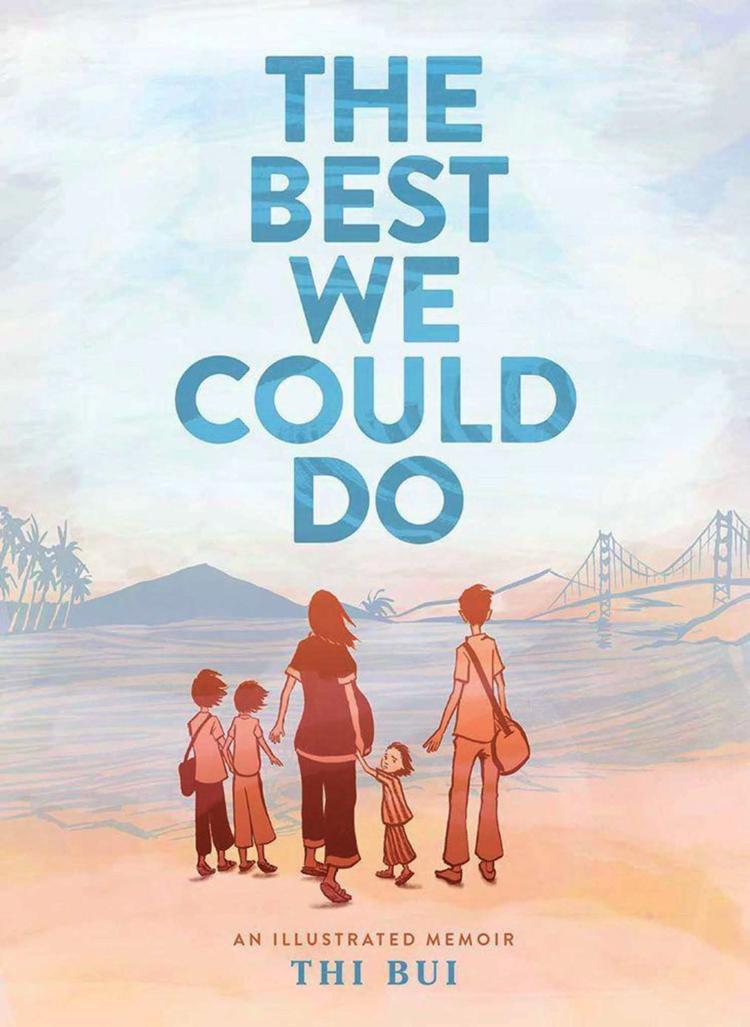 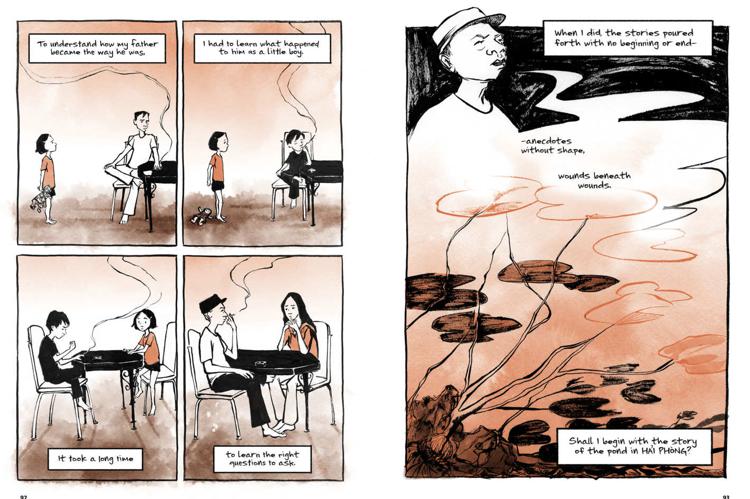 Bui, seemingly, holds nothing back while discussing her childhood and delving into her parents respective histories. Their stories shape her story dramatically, building a narrative of why they raised her and her siblings the way they did. What astounded me through the telling of her parents stories is what life was like in Vietnam as they grew up. I will freely admit my ignorance about the history of Vietnam, as a Canadian who was born in the 80s, the conflict North American chapter of the conflict was over before I was born and my nation was never involved. For that reason, my schooling didn’t dig into the conflict other than as a political aspect of the Cold War, a battle of ideologies with a massive death toll. Through Hollywood movies, I knew of American soldier death toll, but I knew nothing of what was occurring politically during these times. The lives of the Vietnamese people were absolute hell, and Bui’s stories of her parents had me completely captivated and heartbroken. The astounding victory they achieved by simply surviving and getting their family out of Vietnam is brilliantly juxtaposed by their time in America, and how the land of freedom and opportunity led them to safety, but not Disneyland-sunshine-and-rainbows-bliss. 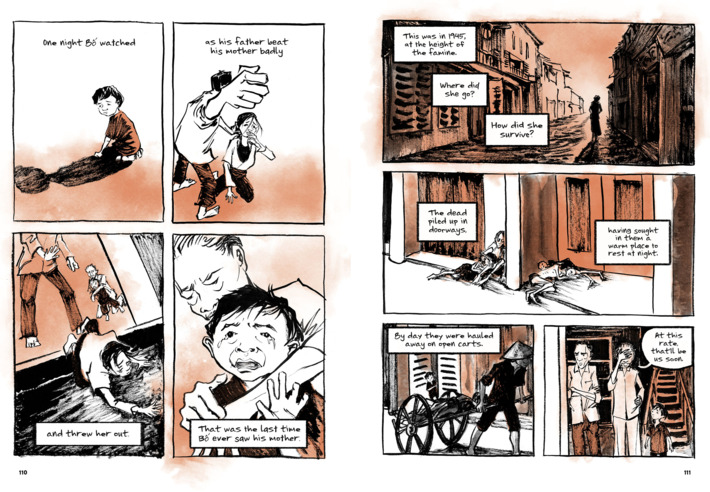 In a similar vein to profound comics like March, The Best We Could Do utilizes the medium to create a massive emotional impact. Bui’s artwork is raw and captures the emotion and feelings of instability in her life and in Vietnam brilliantly. Her colour work evokes the feeling of burning, chaotic fire at any and every point. Like the turbulence of Vietnam, the literal chaos and fire, follows the family to America and permeates every aspect of their lives. The hell that was endured has left its mark on everything that occurs afterward, and left me unsettled on every page. Her painting style was especially effective when evoking the tension in her home during her childhood. I was on edge with every page, the uncertainty of what was coming next evident in every image, just as it was in her reality. Bui’s is able to communicate the uncertainty and volatility of her life growing up in a way that is powerful, to say the least, and the words that keep coming to mind when I think of her visual storytelling is “gut punch”. 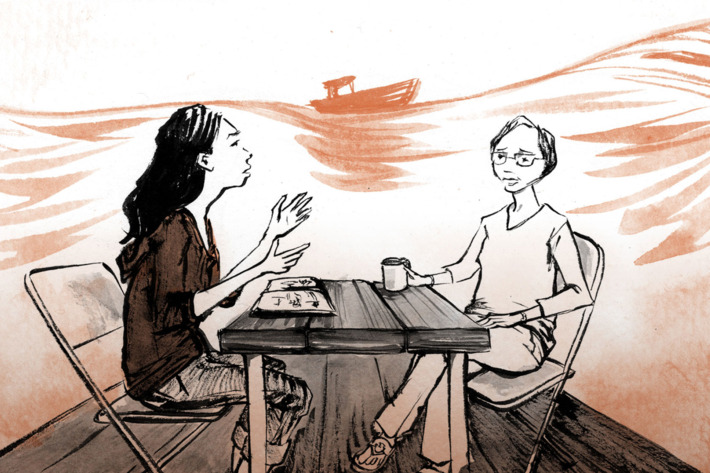 The Best We Could Do could have been an interesting memoir if it was prose. As a visual story, with Bui’s emotionally charged artwork, it is a masterful work that connects with a reader on a whole other level. It is the kind of powerful work that should be handed to every high school student (bound together with a copy of March) to broaden their horizons and educate them about the world. I’m a more educated and informed person for having read it, and I applaud Bui’s masterful storytelling in The Best We Could Do.

Aaron Long
Tags Abrams Books, The Best We Could Do, Thi Bui