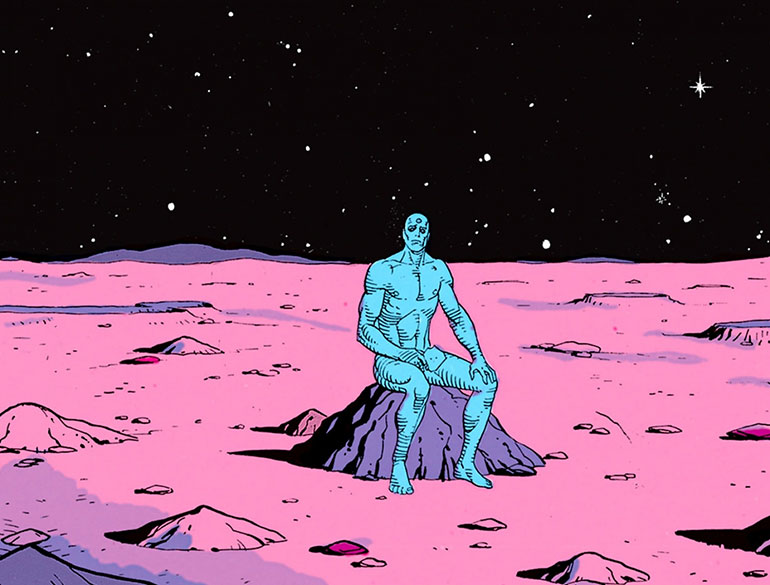 It is a mistake to suppose that the whole issue is how to free man. The issue is to improve the way in which he is controlled.

In the first part to this column combo, a (brief!) history of Thoreau’s Walden and Skinner’s Walden Two was provided. The reason for looking at these works of American literature was because Walden Two was a text found on Superman’s nightstand in Doomsday Clock #1.

But what is Doomsday Clock #1, what does it matter that Walden Two is set within its pages, and what can be discovered if Doomsday Clock #1 is read alongside texts such as Watchmen and Pax Americana?

I believe the most important question that American literature asks is this:

How do we go about making things better?

These things can be people, cities, nations, hearts, etc… Being “American” is, in a sense, understanding that there are few static barriers to any particular idea; however, because of this, anxieties pop up about everything under the sun. America’s break away from England meant freedom and identity, but also questions about governance and power. American expanded outwards towards the frontier, thus meaning new opportunities and growth. It also means, unfortunately, tough questions about sovereignty and destiny. 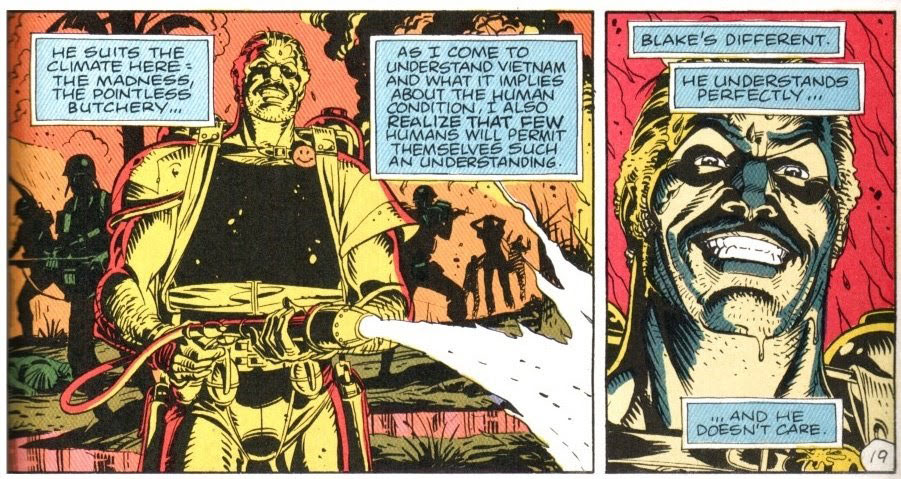 These observations are not to say other countries, cultures and authors have not faced these questions head-on, but American literature seems consumed by the difficult anxiousness that comes from being caught between “freedom” and “stability.”

In a very true sense, Watchmen by Alan Moore is a text that encapsulated the anxieties of one period (the 1980s) writ large. The world was seemingly always on the bring of some form of nuclear attack as the panic over if the Cold War was going to turn red hot grew and grew.

For DC Comics, and the whole team behind Watchmen, American superheroes were the medium through which they wanted to ultimately vent these concerns. 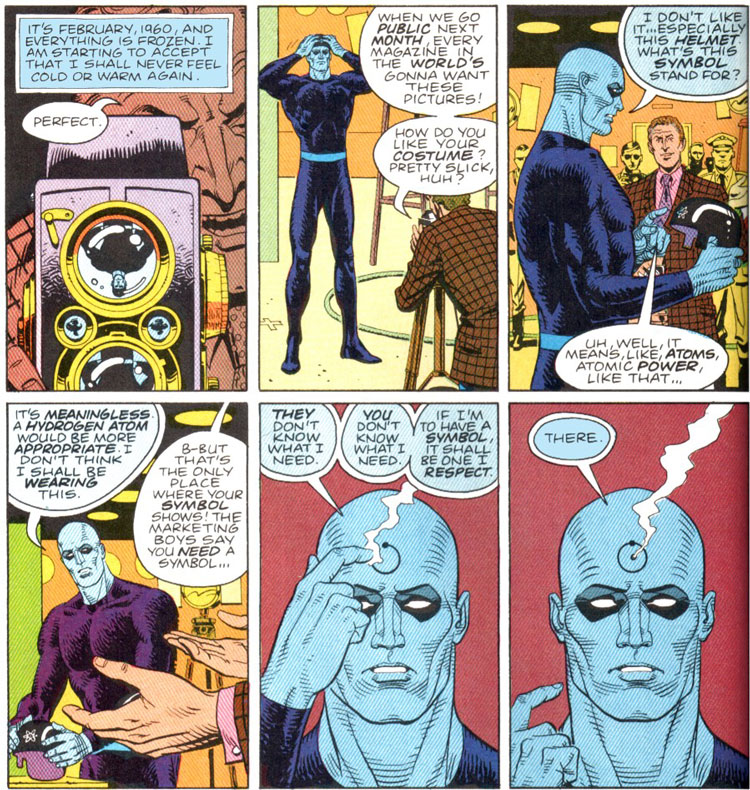 Watchmen, as a narrative, focuses on the ramifications of a “superhero” murder in an alternate world where, thanks to a superhero, Doctor Manhattan, American won the Vietnam War. Moore’s famous work is a stunning piece of art and literature, in no small part due to the artistic talents of Dave Gibbons and John Higgins.

The story has been considered one of the greatest works of graphic narrative ever produced in the United States and it has proven an enduring work of literature. The dilemma at the heart of Watchmen, then, is this: is it right for one person to take it upon his or herself to steer society towards a particular goal? Does it matter if that ‘goal’ is survival in the face of annihilation? Is freedom more important, or is the power to make our own choices what matters in the end? Does it matter in the end even if those choices destroy us? 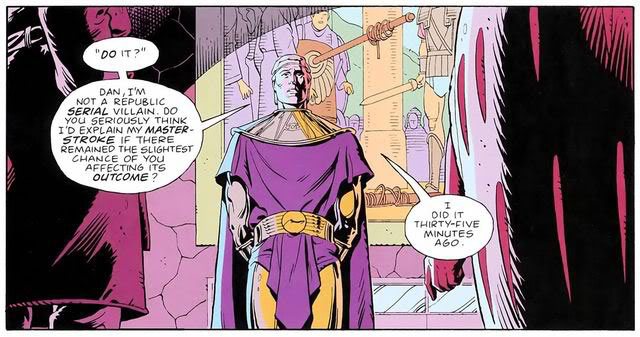 The ending of Watchmen has, for a very long time, been something that was (I argue intentionally) left on an obscure note. Yes, Ozymandias saved the world, but it wasn’t as if a testament to his duplicity of methods wasn’t floating around. It was. Rorschach’s journal is one of the framing devices for the end of Watchmen, a “Schrodinger’s text” that can serve as something more or less ominous than a reader desires.

How a reader comes to tackle the nature of Ozymandias’s methods says a lot about his or her moral center and what they value more, freedom or stability. For those who remember, Rorschach was a wretched character, but he committed his life to believing that freedom, even in the face of death, was better than stability built on lies. Because Watchmen was a work with no real “sequel” plans, the ending is what it is. Well, until recently. 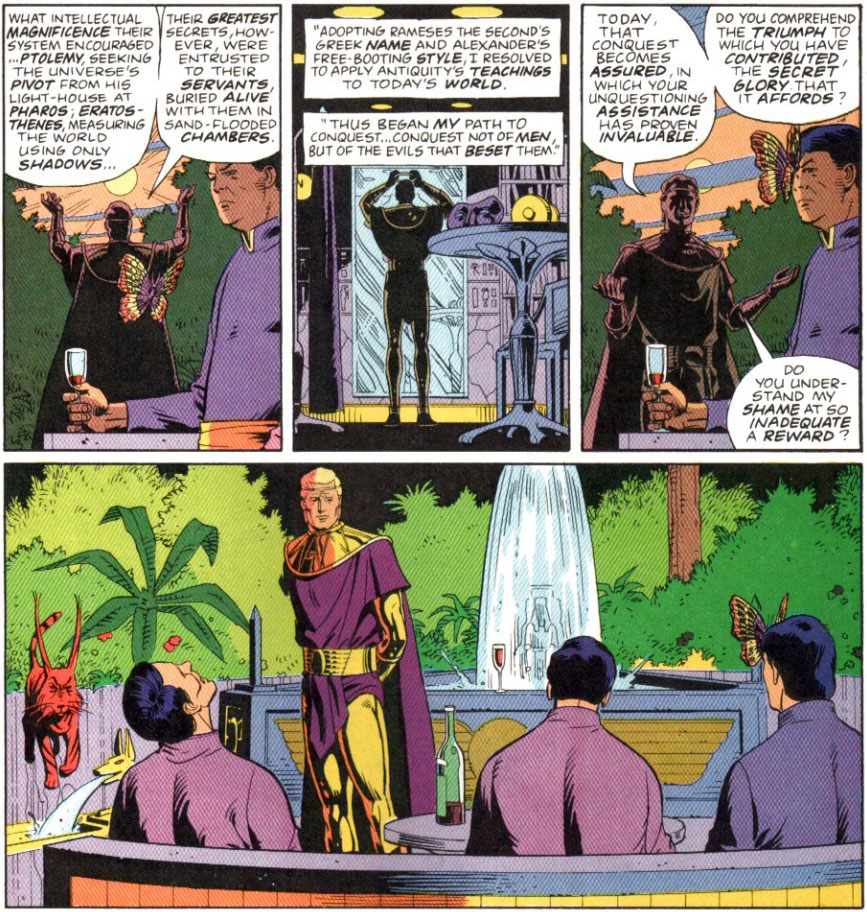 Enter Doomsday Clock #1. Doomsday Clock #1 picks up years after Watchmen and it does set down, definitively, what happens to the world Ozymandias built. In no small terms, things have gone south. Hard. The clock that Ozymandias so arrogantly believed he could stop has once again started inching its way closer to doomsday.

Some readers are going to disagree with having any work, by any author (even Moore!), touch on a sequel to Watchmen in any form. I can agree to that, but Doomsday Clock’s inclusion of Walden Two on Superman’s table simply demands too many questions be asked about Watchmen and Doomsday Clock #1 side-by-side.

Watchmen is all about one man’s vision for trying to control the destiny of the world because, for reasons which are debatable, Ozymandias feels he alone has the capacity to understand the conclusion humanity needs to come to. Specifically, Ozymandias seems to feel that mankind does not need freedom so much as it needs an ever-present yet always-external threat to keep the species united and off each other’s throats. 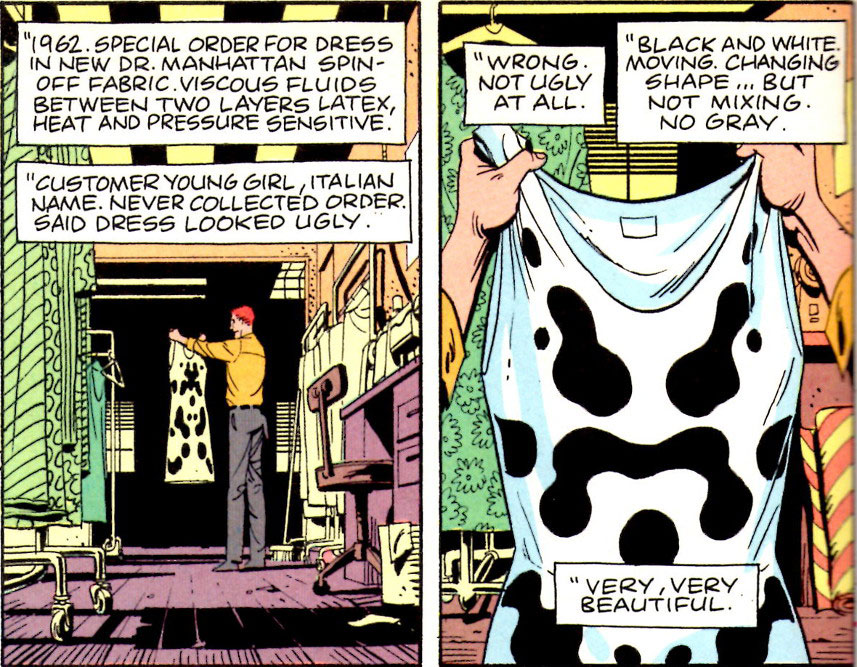 This aligns him, in spirit, with Thoreau, a writer who sought to know the answers to the America’s anxieties through meditation and contemplation amidst nature. Ozymandias is not a physical hero, he is a contemplative and introspective person. In practice, he is even more similar to the character of Frazier in Walden Two. Somewhere between the transcendentalist Thoreau and the brilliant-yet-smug Skinner is the ‘heart’ of what Moore meant Ozymandias to be, ideologically.

It is hard not to sympathize, in a sense, with Ozymandias. His world was staring down both barrels of a nuclear shotgun, did that means he was to resign himself, and everyone on the planet, to death-by-escalated-conflict? His methods are dubious, yet the only reason that he can eventually be sought after for trial and judgement in Doomsday Clock #1 is, well … because Ozymandias saved the world at all.

Sadly, his scheme collapses within less than a decade thanks to Rorschach’s journal, and, once more, man is on the brink of destruction.

Return in two days here for the conclusion of this train of thought, and the conclusion of my look into Doomsday Clock #1 through the provided lens of Walden Two and Grant Morrison’s Multiversity classic, Pax Americana.