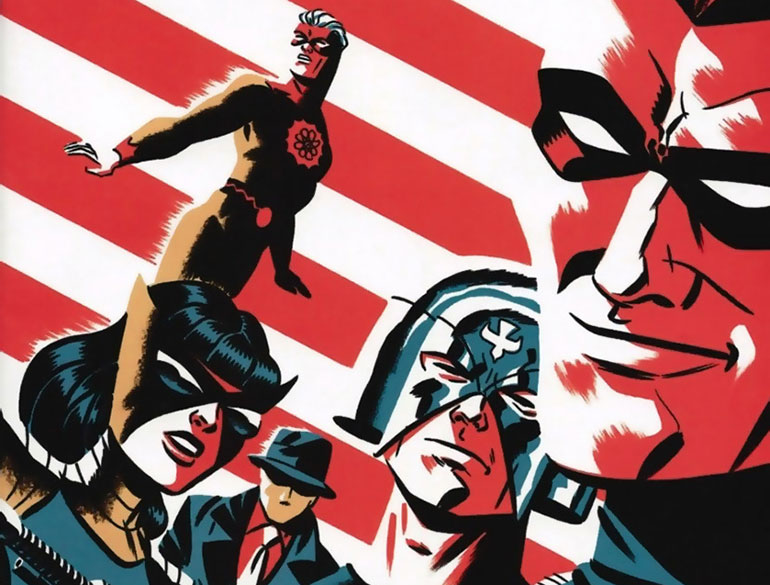 Promising paradise or threatening hell-fire is, we assumed, generally admitted to be unproductive. It is based upon a fundamental fraud which, when discovered, turns the individual against society and nourishes the very thing it tries to stamp out. What Jesus offered in return of loving one’s enemies was heaven on earth, better known as peace of mind.

There are a thousand hacking at the branches of evil to one who is striking at the root.

While Doomsday Clock #1 seems to establish answers to some of Watchmen’s more philosophical questions, does that mean it is the only work to have attempted providing answers to these “bigger questions” about society? Was it the only comic to challenge Moore’s stance on if might-makes-right was, really, the only way to make tangible change in the world?

No, and there is a comic which serves a kind of “spiritual sister” to Watchmen called Pax Americana.

Written by Grant Morrison, Pax Americana is the sixth issue in a series called “Multiversity,” yet it is a largely self-contained issue that can be read on its own if one wishes. I highly encourage people to check the work out and to compare the answers Morrison provides in contrast to those of Doomsday Clock #1. 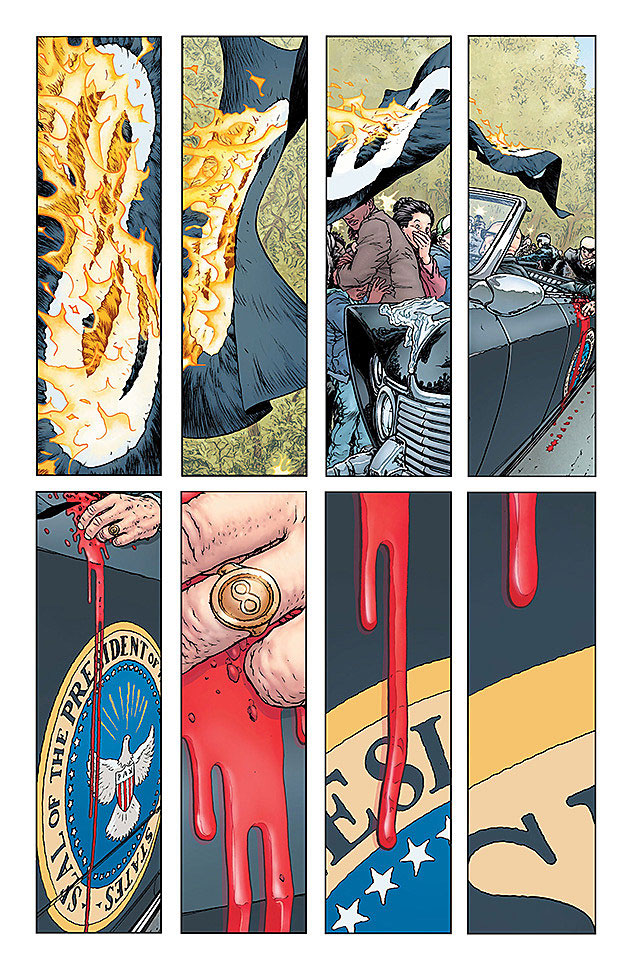 If Doomsday Clock #1 is a comic that shows the consequences of a very authoritarian and manipulative attempt to save the world, Pax Americana is a work which lets readers into the mind of another kind of Ozymandias-figure, one who is more tragic than he is a Machiavelli. The central “antagonist” of Pax Americana is a young man who, when he was a child, committed an act of violence through an accident. Unfortunately, this action changed him, and he grew up emotionally broken, unable to face reality.

Then, though Morrison narrative, this character unlocks the truth. He is able to understand he is within a comic and that all of his ‘reality’ is locked within a panel grid. This character devises a plan alongside Captain Atom to ‘break the cycle’ of the comic narrative his world is stuck within. 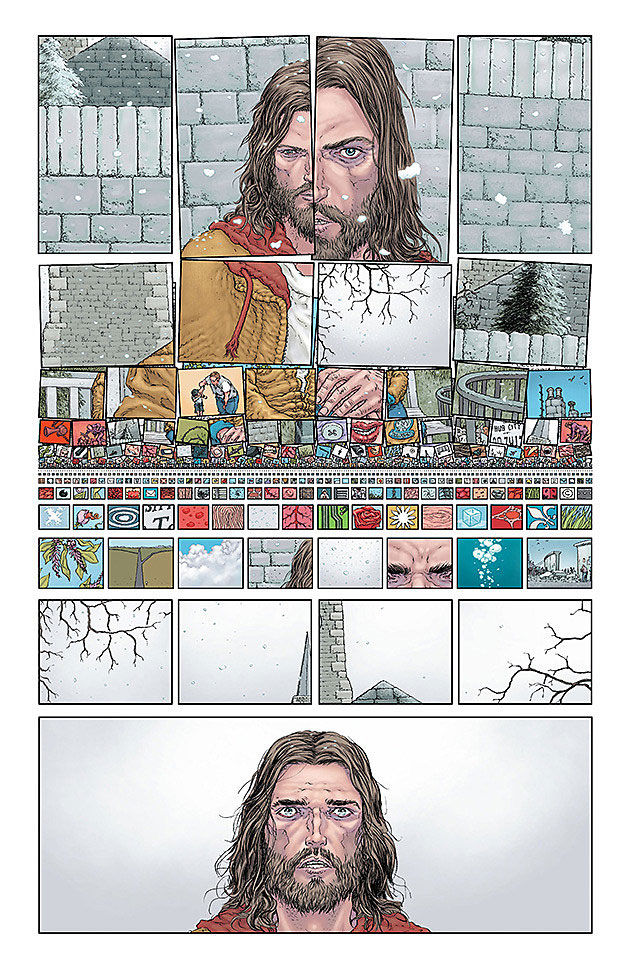 Unfortunately, the methods involved are ghastly, violent and not PG-13. His impetus to save the world is almost like a dark, cracked mirror of Thoreau’s Walden experiences. Instead of searching for answers within the world, this character devises a means of ‘saving’ himself and the world through what is, at heart, the most ludicrous suicide attempt ever.

Pax Americana is a tough read, both because it is emotionally dense and because the narrative structure is able to be read backwards as well as forwards. Morrison’s work on the comic allowed him to use the actual Charleton Comics characters Moore was originally going to work with before DC Comics convinced him to change his approach and use original characters instead. 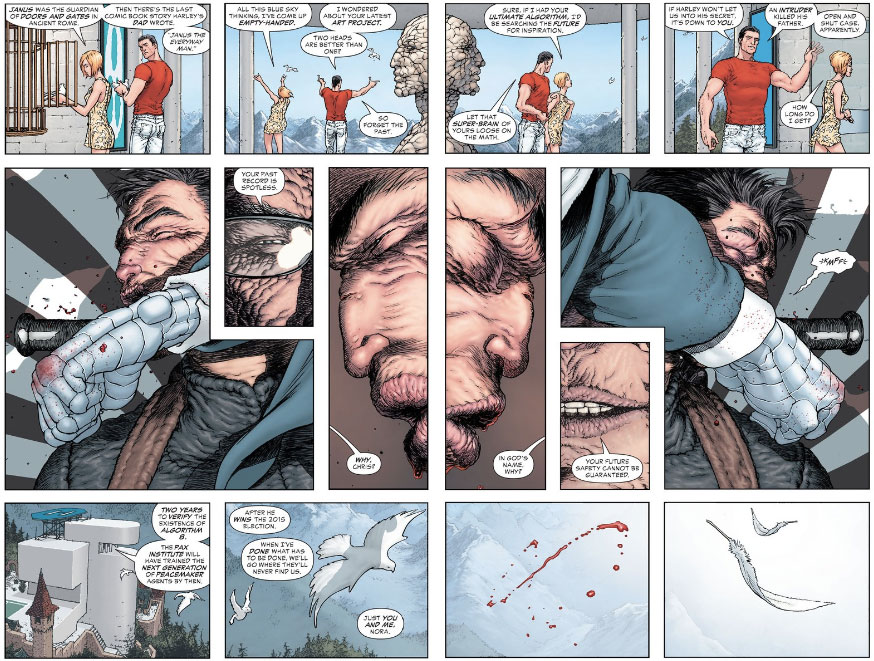 Pax Americana and Doomsday Clock #1 both, in a weird way, serve as “Walden Two” texts to be read alongside the “Walden” that is Watchmen. Walden Two was a work which was inspired by Thoreau, yet which yielded the kind of answers that Thoreau himself never envisioned. Thoreau and Skinner come to different emotional places when asking the bigger questions, and in this regards it is the same for how Morrison and Johns come to different answers about the bigger questions than Moore.

I believe Johns put Walden Two on Superman’s nightstand because he believes that Superman, like many others, wants to know how to best understand the myriad of ways society can be put together. What inspires us to be better? Are there pitfalls to avoid? Frazier’s character is seen by some to be a charlatan, yet to others he is right and Walden Two is the better place to be. 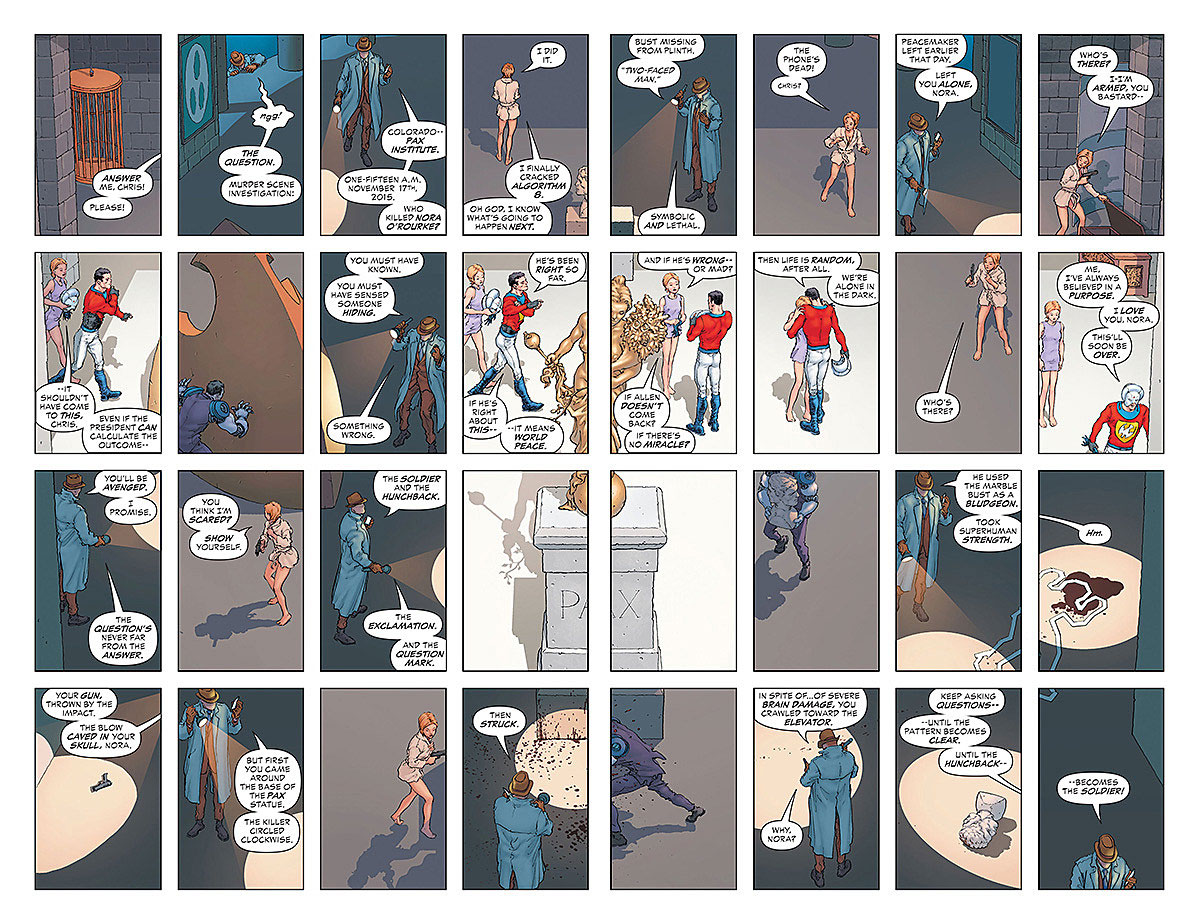 Like Superman, we’re still working through Doomsday Clock as a series so we’ll need to see where this journey takes us all. Until then, keep asking bigger and bolder questions and keep looking inwards and outwards for the best answers to the question “how can we make things better?”

To catch up on part one and two of this line of thought, click here, then here!