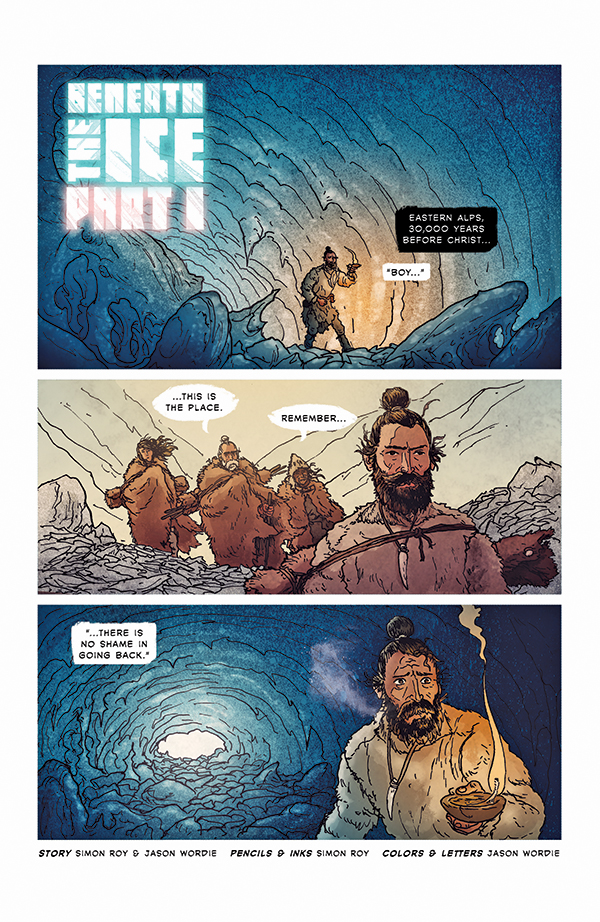 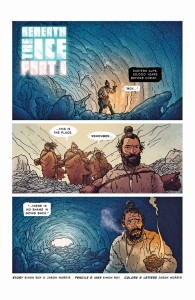 “The Tiger Lung concept is about taking the animist, shamanistic worldview of the hunter-gatherer and exploring what it would look and feel like to the shamans that literally lived within that worldview. Setting it in the ice age also gives us a chance to touch on more varied themes, too—mainly, how the world would have looked to humans who did not rule nature, but who were just a part of it,” explained Simon Roy.

Tiger Lung: Under the Ice is a story about Tiger Lung, an ice-age shaman, and his journey underneath a glacier and into the spirit world beneath it to retrieve the corpse of his father. But dark spirits abound beneath the ice, and should Tiger Lung fall, the souls of both him and his father will be trapped there forever.

“We found the format for Dark Horse Presents to be very interesting. It seemed to be well suited for exactly what we wanted to do with a Tiger Lungstory—classic adventure!” added Jason Wordie. “Being that the format is split into three parts, it insured that we kept it fresh and exciting every step of the way, including lots of twists and turns. We focused on old-school serialized adventure, while also trying to bring in some more modern ideas.”