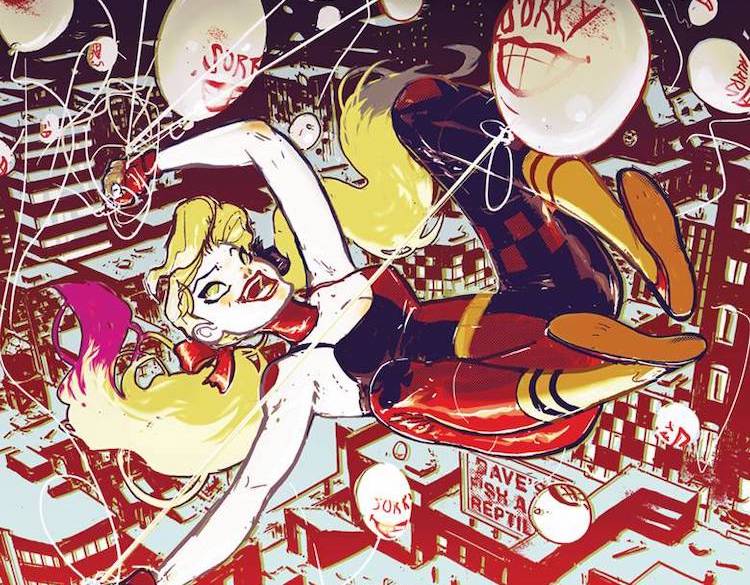 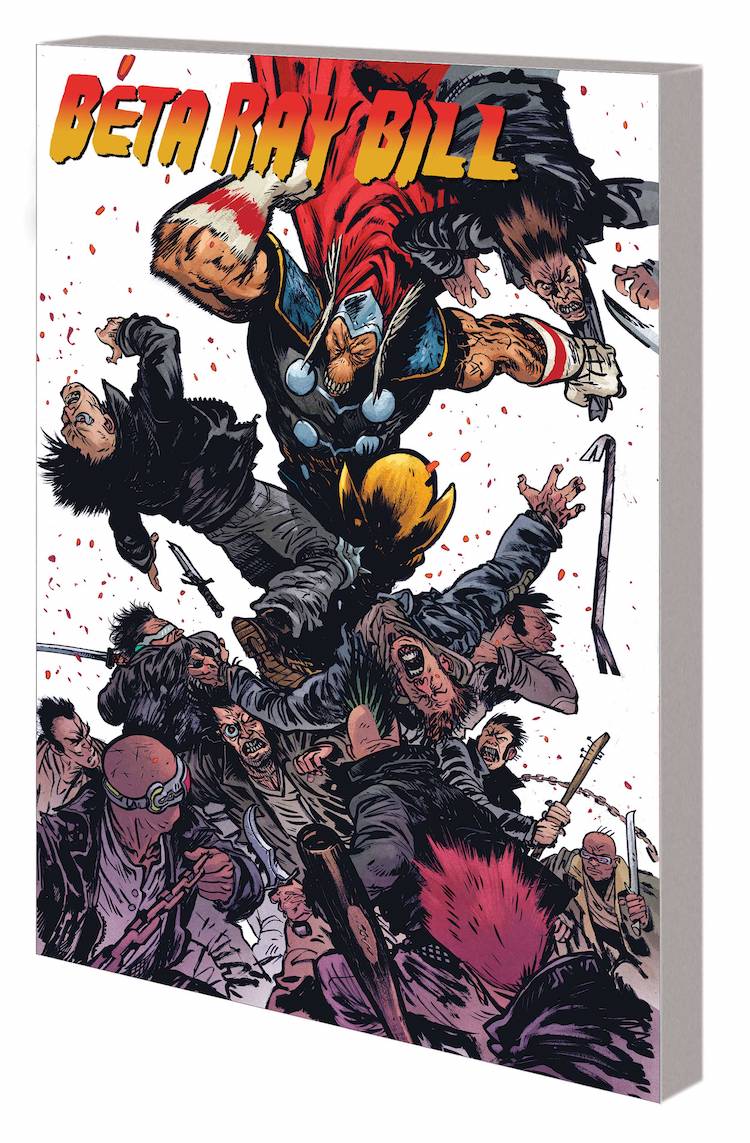 The publisher says: The second-most famous wielder of Mjolnir! Beta Ray Bill is tired of life in Thor’s shadow – and with Bill’s own mighty hammer, Stormbreaker, recently destroyed at the thunder god’s hands, Bill finds himself at a crossroads. The Korbinite must strike out in search of his destiny – assuming he can first defeat a Knullified Fin Fang Foom! Bill begins a hunt for Odin in hopes of resurrecting his golden weapon – but Stormbreaker is never coming back. Nonetheless, there is one place where Beta Ray Bill could restore his full powers. The All-Father of Nothing offers the Korbinite a path to immortality – but at a price not even a god can afford! Who will join Bill on a dangerous and deadly cosmic quest? Collecting BETA RAY BILL #1-5.

What I say: This is one of those special comics where the character is the absolute perfect fit for the kind of writer and artist that is working on the book. Bill shines in this arc by Daniel Warren Johnson, who writes a great story and brings an absolutely electric energy to the pages. Not your everyday superhero fare, by any stretch of the imagination. 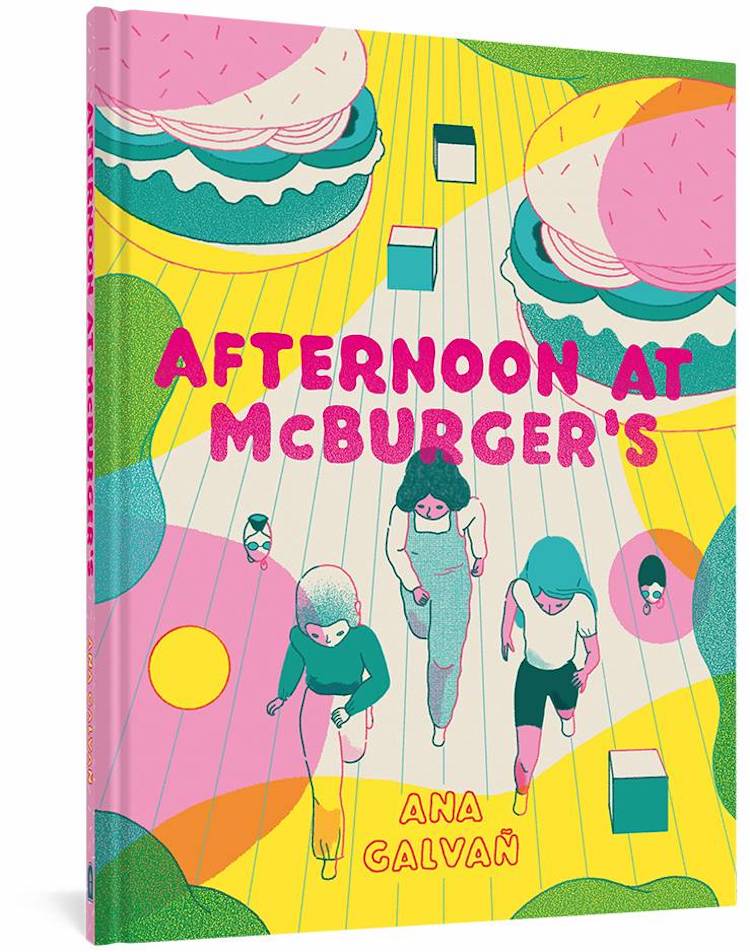 AFTERNOON AT MCBURGER’S
Written by Ana Galvan
Art by Ana Galvan
Published by Fantagraphics Books
Price: $16.99
You can find it here: Bookshop.org

The publisher says: The “Once Party” menu, for ages 11 and up, can only be ordered once (of course). But there’s a catch: not everyone who does gets the special prize. Those who do, go to a room where they can view five minutes of one of three moments in their future. Galvañ manages to create a vivid world that is both a recognizable and alien depiction of adolescence. There are mean girls, and fast food, and BFFs with crappy older brothers, as well as familiar hints of 1990s design and fashion. Yet, it’s also rife with futuristic flourishes like little robotic eggs that walk and talk, like anthropomorphic Alexas.
At its heart, however, Afternoon at McBurger’s is a timeless story about friendship and innocence and the discoveries of adolescence (both good and bad), with layers to be revealed only through multiple readings. And Galvañ’s visual style, anchored by a mastery of pastel and primary colors, will make you want to do so immediately.

What I say: Holy shit. This concept has blown my mind. 90s burger joint, but the special prize with the meal is glimpsing your own future? This is all the right kinds of wild. 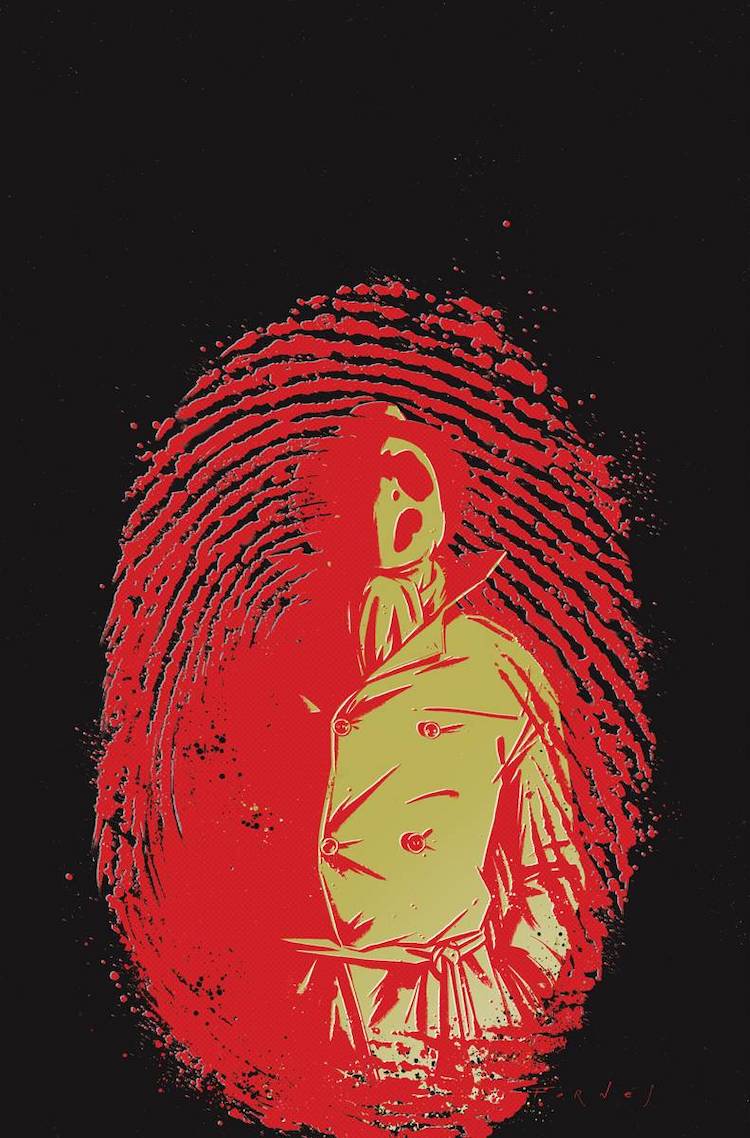 RORSCHACH
Written by Tom King
Art by Jorge Fornes
Published by DC Comics
Price: $34.99
You can find it here: Bookshop.org

The publisher says: It’s been 35 years since Ozymandias dropped a giant interdimensional squid on New York City, killing thousands and destroying the public’s trust in heroes once and for all. And since that time, one figure in a fedora, mask, and trench coat has become a divisive cultural icon. So, what does it mean when Rorschach reappears as a gunman trying to assassinate a candidate running against President Redford? Who is the man behind the mask, and why is he acting this way? Now it’s up to one detective to uncover the identity of this would-be killer and expose a web of conspiracies that will change the world forever.

What I say: I’m not a Watchmen guy, at all, but the way these prequels/tie-ins sell, there definitely seems to be a market. And part of Trade Waiting is alerting y’all to what is hitting the shops, and if you’ve been waiting for Rorschach, here it be. 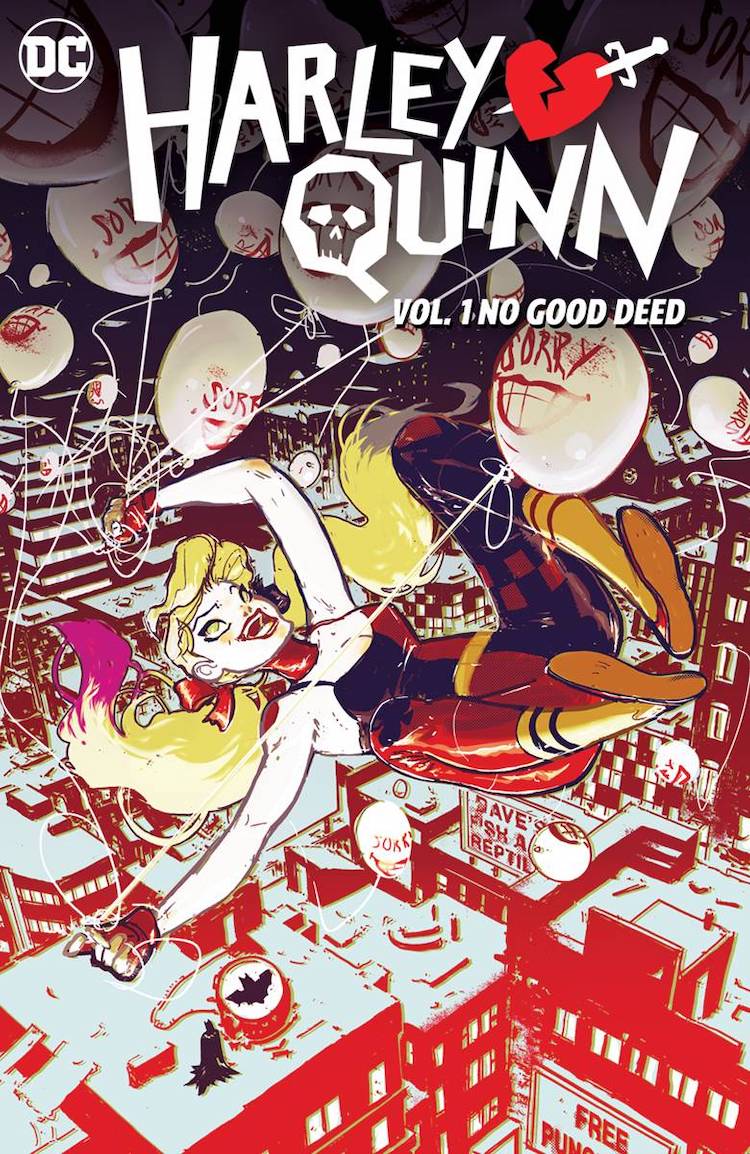 The publisher says: Harley Quinn here to let everyone know that I’m starring in a brand-new graphic novel collection with a brand-new status quo. I’m coming back to Gotham City to make up for the sins of my past, and to help the city recover from The Joker War!

What I say: I just said I’m “no Watchmen guy”…and I’m typically not racing out to read many stories featuring Harley either (I’ve simply had my fix)…BUT you see those names in the creator lines? That’s got my damn attention. 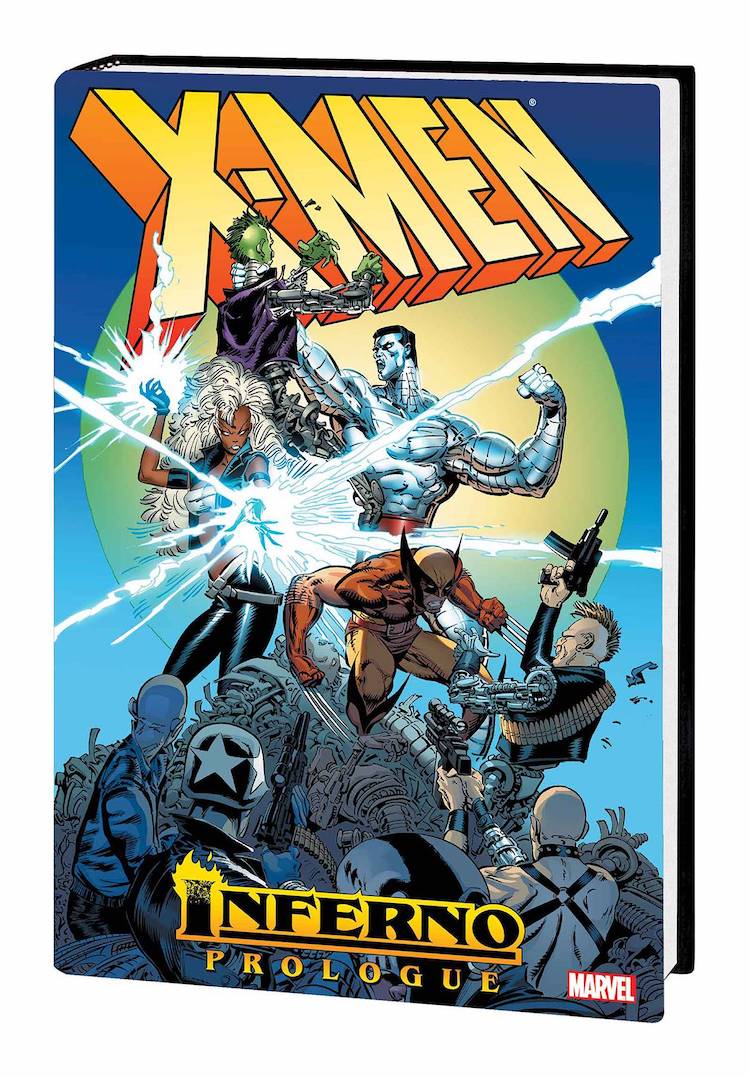 The publisher says: The X-Men are dead! At least that’s what the world thinks – but Marvel’s mightiest mutants are secretly alive and well in the Australian Outback! How long will the X-Men’s self-imposed exile last when the Brood and the mutant-exploiting nation of Genosha come calling? Meanwhile, the New Mutants battle Freedom Force as they deal with Doug Ramsey’s shocking death, and X-Factor befriends Apocalypse’s Celestial ship and faces Infectia! But as all three teams fight the Evolutionary War, Limbo’s demons begin to pursue a sinister agenda…on Earth! A spark has been lit – and if the X-Men aren’t careful, the flames will fan into an all-out inferno! Collecting X-FACTOR (1986) #27-32 and ANNUAL #3, UNCANNY X-MEN (1981) #228-238, NEW MUTANTS (1983) #62-70 and ANNUAL #4, X-MEN ANNUAL (1970) #12 and material from MARVEL AGE ANNUAL #4 and MARVEL FANFARE (1982) #40.

What I say: A Trade Waiting without an omnibus? Perish the thought? For all y’all X-Men fans who like their team with big hair and 80s style, look no further! And while you’re at it, get yourself some Inferno too. 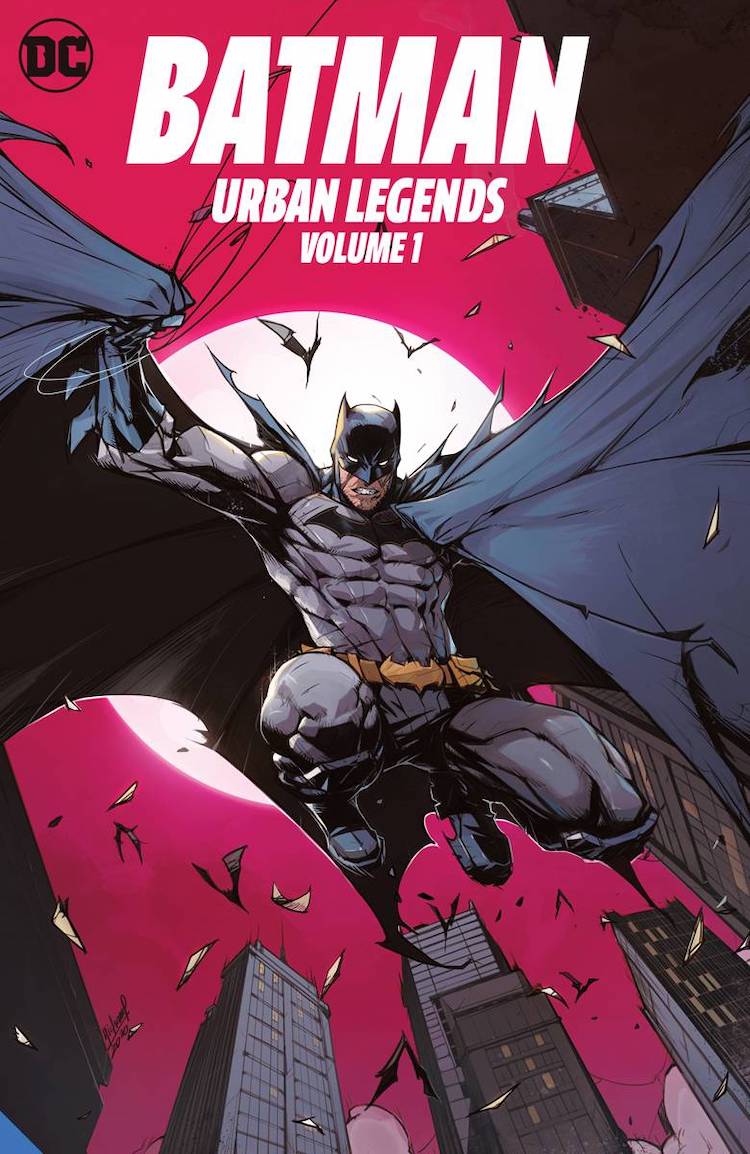 What I say: Rosenberg? Check. Zdarsky? Check. Barrows? Check. There you go.