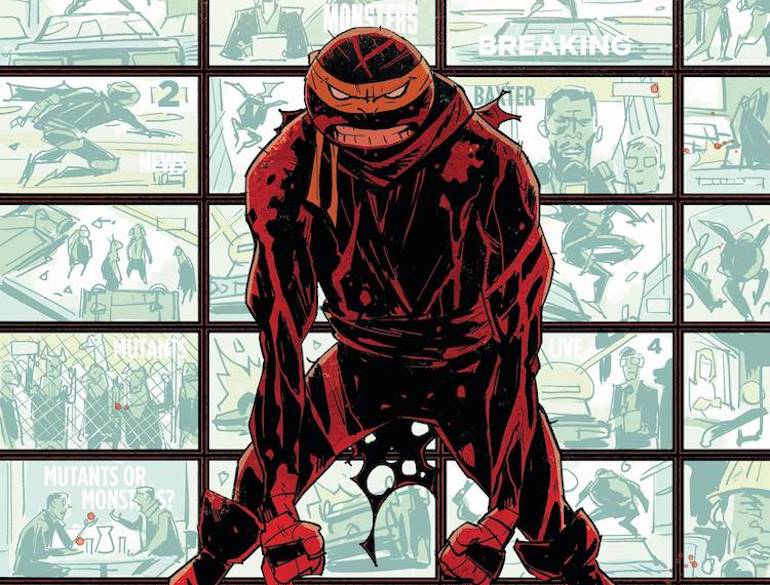 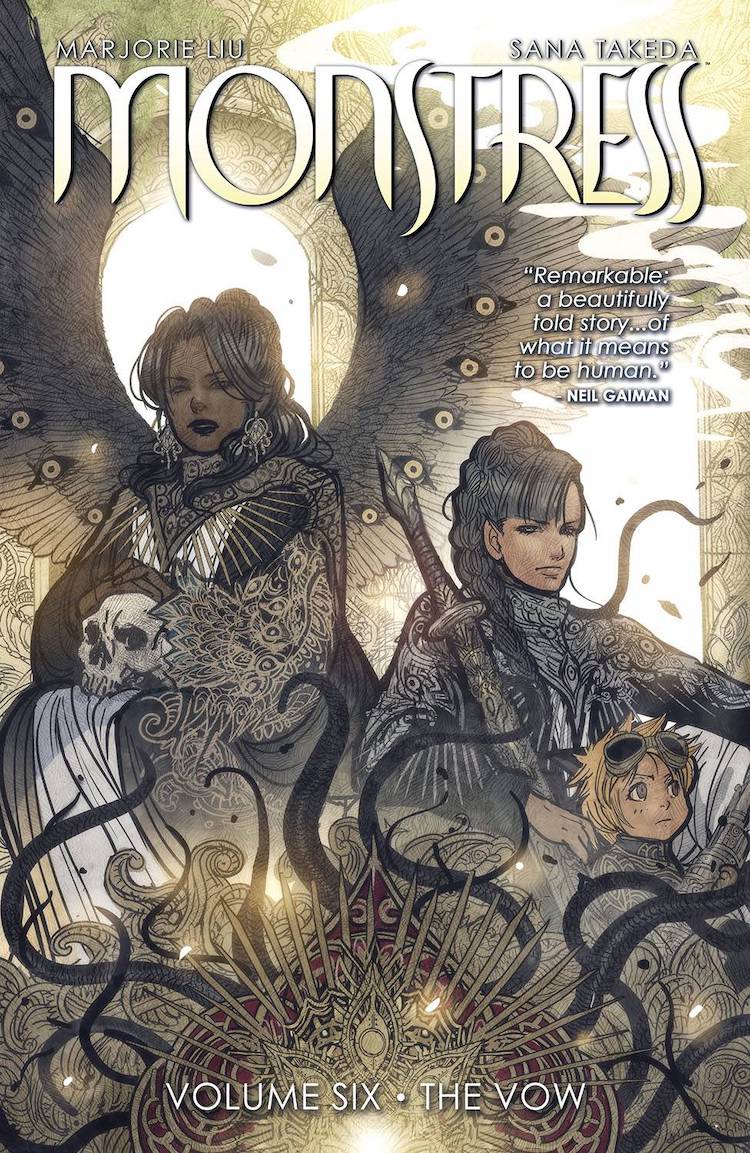 The publisher says: War has engulfed the Known World, and Maika Halfwolf is at its epicenter. As she and her friends grapple with the consequences of their actions, longburied secrets and long-awaited reunions threaten to change everything. Join MARJORIE LIU and SANA TAKEDA in the newest volume of this Eisner, Hugo, Harvey, and British Fantasy Award-winning series.

Plus, learn about the happier childhood days of Kippa and Maika in MONSTRESS: TALK-STORIES 1 and 2!

What I say: Another volume in what is an increasingly long line of absolutely stellar work, Monstress has won…every award it can. Best part is, it’s deserved every damn one of them.

To get an idea of what Monstress is, you can read the first issue online, for free, here: https://imagecomics.com/read/monstress 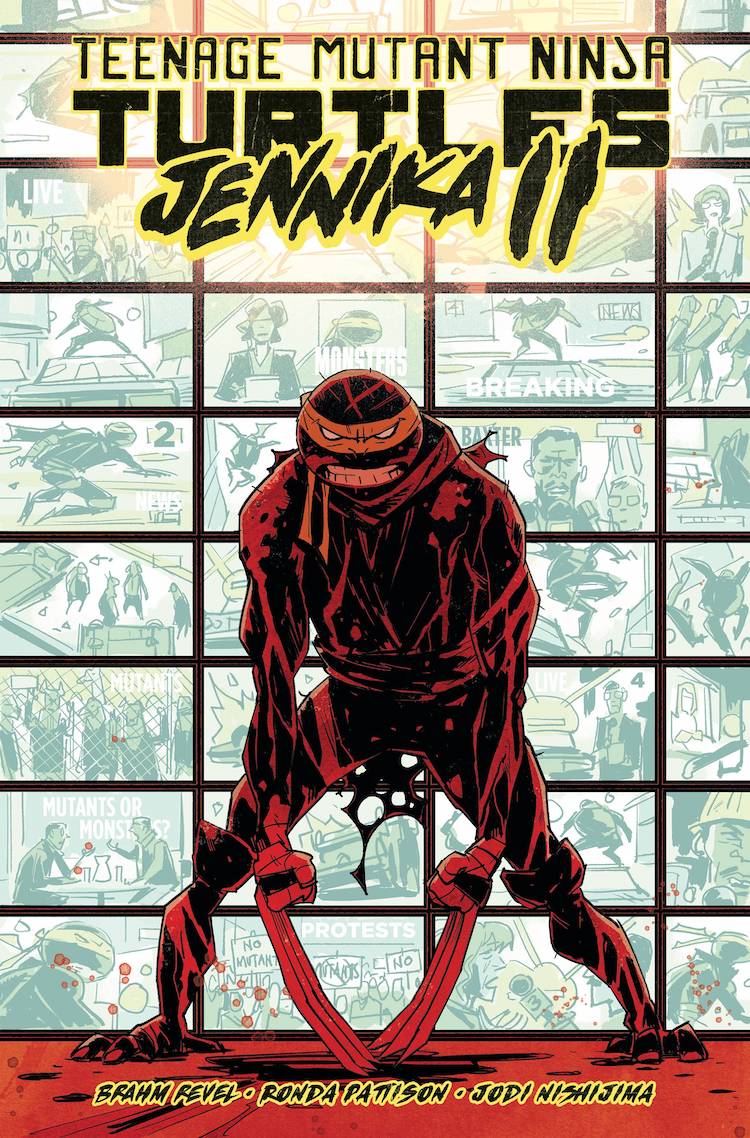 The publisher says: The newest TMNT member, Jennika, is back with another solo adventure, descending into the depths of Mutant Town to unravel a terrible mystery affecting its citizens!

Mutants are turning into monsters and fear is spreading in Mutant Town. Jennika takes to the underworld to get to the bottom of the situation, but enemies old and new await! As she delves deeper into the mystery in search of answers to the bizarre transformations that have been affecting her fellow citizens she is forced to work with a former enemy, realizing that the situation is far more complicated and dangerous than she originally thought!

What I say: IDW Publishing has done an absolutely stellar job of keeping the TMNT franchise new and exciting, despite being the shepherds of the franchise for so long. Part of that spark is the addition of characters like Jennika, and what better way than a new TPB to acquaint yourself with the newest Turtle?

You can find a preview of this TPB here: https://www.idwpublishing.com/product/teenage-mutant-ninja-turtles-jennika-ii/ 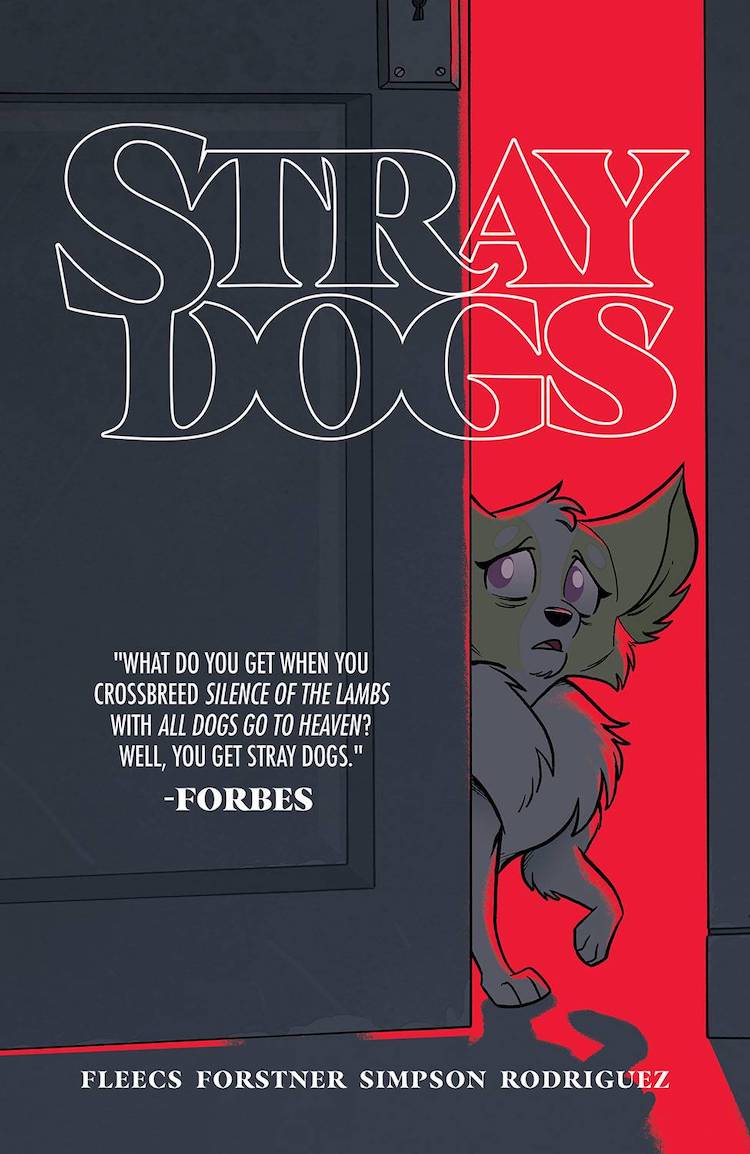 The publisher says: It’s scary being the new dog.

In this suspenseful new series, readers meet Sophie, a dog who can’t remember what happened. She doesn’t know how she ended up in this house. She doesn’t recognize any of these other dogs. She knows something terrible happened, but she just…can’t…recall…Wait! Where’s her lady? Now Sophie has to figure out where she is, what’s happening, and how she’s going to survive this. They say there’s no such thing as a bad dog-just bad owners.

STRAY DOGS is a heartbreakingly adorable suspense thriller by My Little Pony comic artists TONY FLEECS and TRISH FORSTNER. It’s Lady and the Tramp meets Silence of the Lambs.

What I say: This one was completely off my radar when it was released…and now that I can just gobble up a whole collection…I’m kind of happy about it! “Lady and the Tramp meets Silence of the Lambs” – c’mon. That’s one hell of a sentence.

You can read the first issue here: https://imagecomics.com/read/stray-dogs 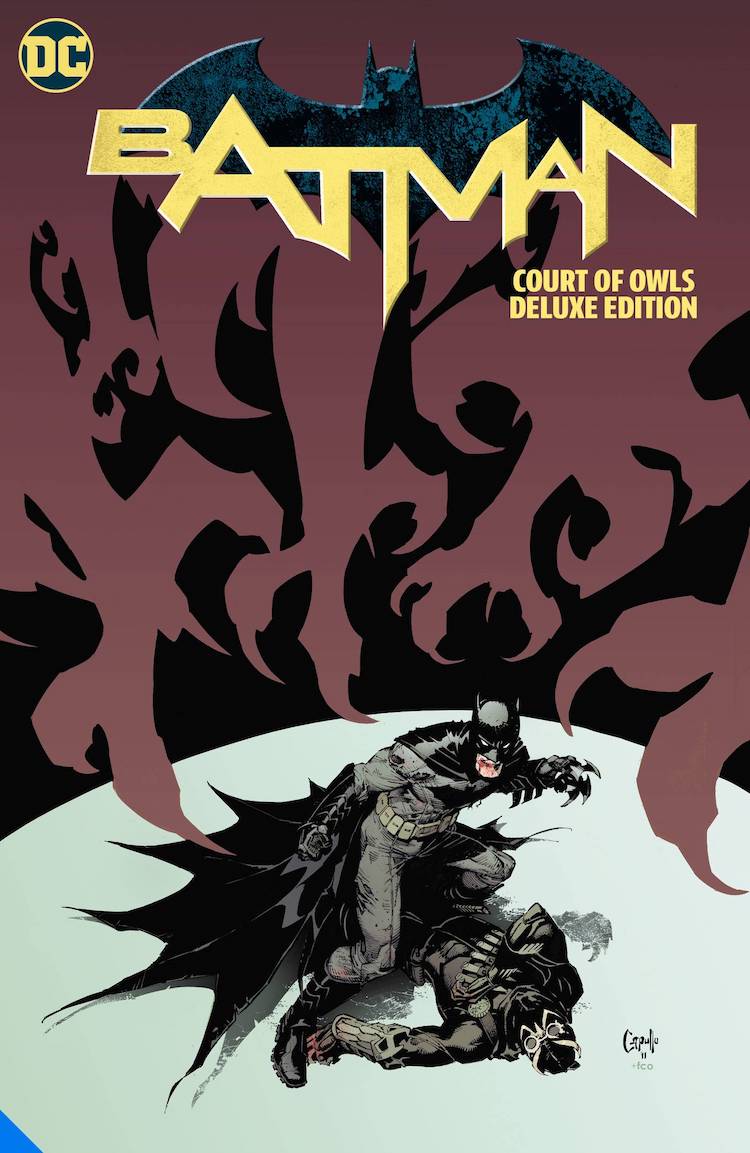 The publisher says: After remaining hidden for years, a secret organization known as the Court of Owls suddenly surfaces in Gotham City. But why? As Batman begins to unravel the deadly mystery, he discovers a conspiracy going back to his youth and beyond to the origins of the city he’s sworn to protect. Could the Court of Owls, which he once thought to be nothing more than an urban myth, actually be behind the never-ending crime and corruption in Gotham? Or is Bruce Wayne losing his grip on sanity and falling prey to the pressures of being Batman? From writer Scott Snyder (Dark Nights: Metal) and artist Greg Capullo comes a brooding tale of shadow societies and long-forgotten family secrets. Collects the full bestselling saga from Batman #1-11 in deluxe hardcover with behind-the-scenes extras!

So sayeth I: I’m not the biggest “Bat” guy, but you can’t read superhero comics without reading your fair share of comics set in Gotham. I’ll be frank, tons of the arcs – I don’t even remember (anything with that clown goes in one eye and out the other). But this…this story, I remember. To me, this is a defining Batman story and an all-time great superhero arc. Snyder & Capullo were on goddamn fire and a deluxe edition hardcover is always the best way to experience a masterwork. 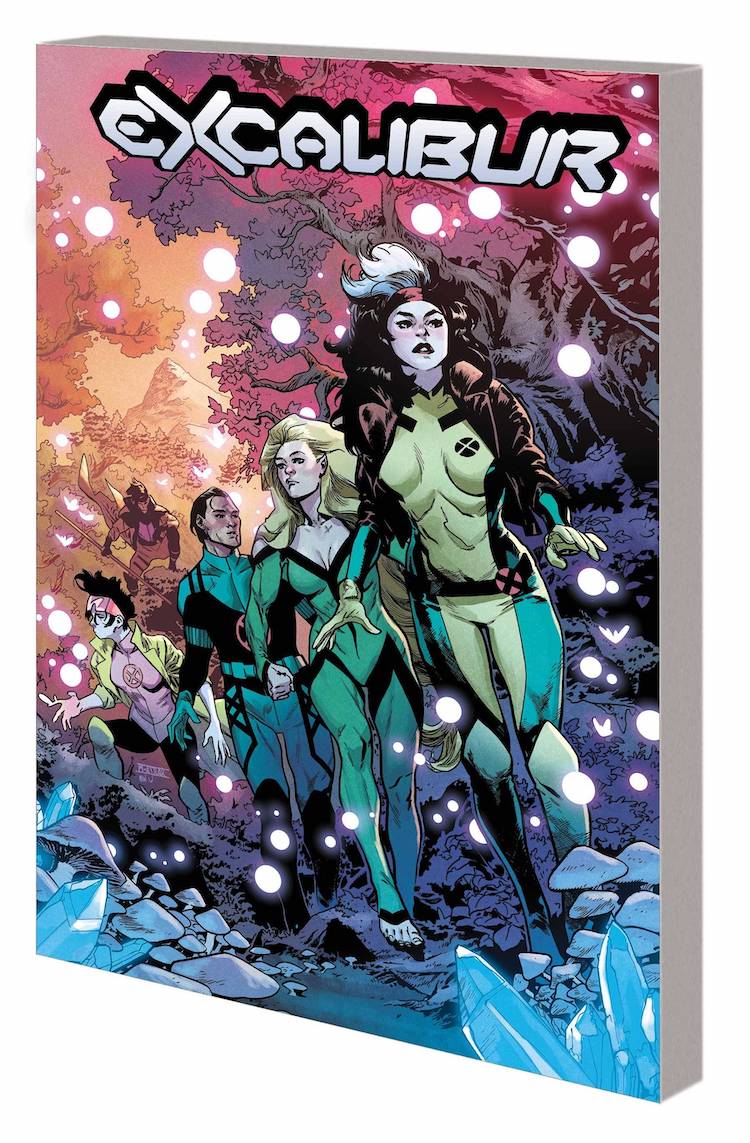 The publisher says: Some things that have been lost cannot be replaced! In the explosive aftermath of the Otherworldly battles of X OF SWORDS, the team is left changed. But who is the woman on the shore? And who is…Queen Elizabeth III?! As the Krakoan Council makes moves to protect the mutants that remain in Otherworld, Excalibur must determine the true fate of Betsy Braddock! Plus: An invisible threat is loose on the island of Krakoa – unseen, unheard, undetectable by anyone…except Excalibur. Can the team hunt it down before the Hellfire Gala kicks off? This all-out mutant event is already shaping up to be somewhat less than pleasant,  and Excalibur’s actions at the Gala just might change Krakoan diplomacy forever! Collecting EXCALIBUR (2019) #16-21.

What I say: While I have to admit that determining how to read the current X-titles in trades is a confusing labyrinth of numbering and mayhem, seeing “Excalibur” and “Tini Howard” in the releases this week made me just say “yup” as I was compiling this list. Excalibur has been a unique gem of a title in this era of X and if you’ve read “X of Swords” and want to see this team through to the “Hellfire Gala”…well, here you go!