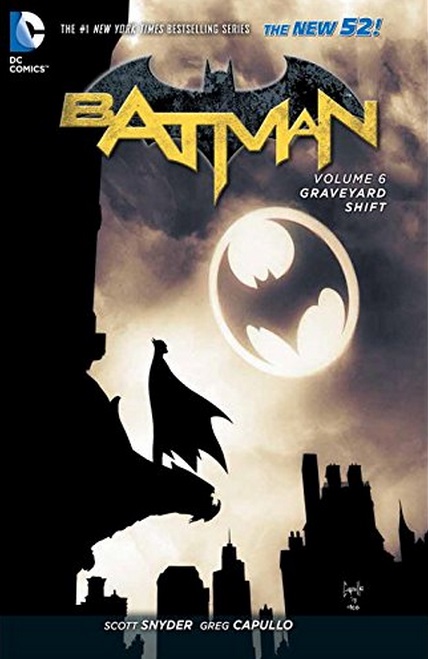 In these tales from BATMAN #0, 18-20, 28, 34 and BATMAN ANNUAL #2, look back to the early days of the Dark Knight, then see the impact of the wake of the death of his son Damian! Plus, has Batman’s worst foe become…Bruce Wayne? This title also includes three pivotal chapters from the epic ZERO YEAR storyline, and a chapter that ties in to BATMAN ETERNAL!

Why to watch for it: Where did all those issues go that connect the Batman arcs? Well, they’re right here! If you haven’t heard about what Snyder and Capullo are doing on Batman…then you haven’t been to this site or any other all that often. This one is a slam dunk for any fans of The Dark Knight. 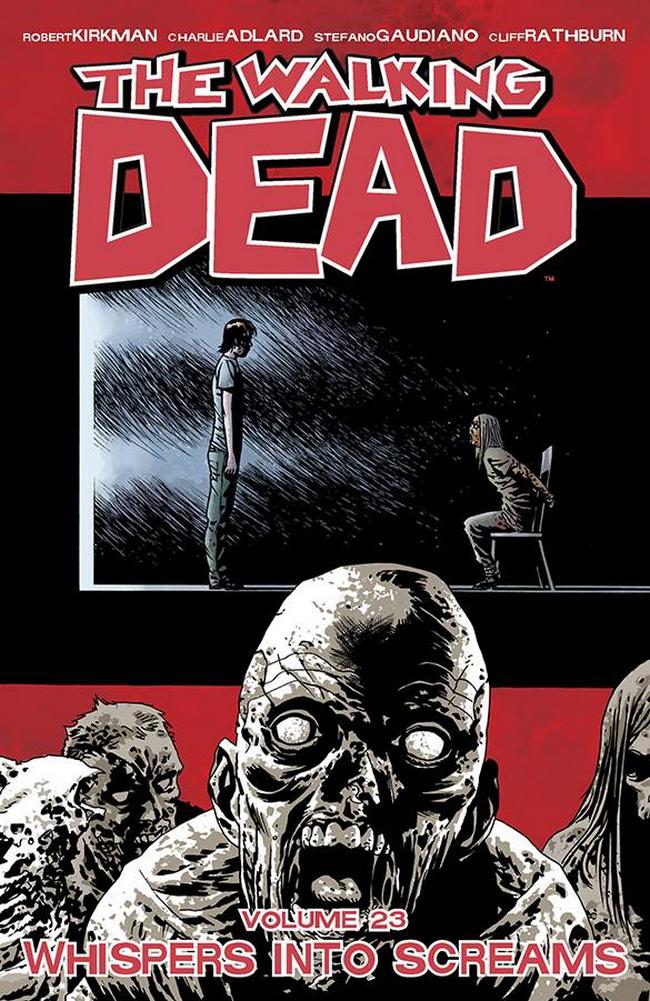 The new era of peace and prosperity is interupted interrupted by a new type of enemy. One that travels amongst the walkers. One that will turn whispers of their appearance to screams. Collects THE WALKING DEAD #133-138.

Why to watch for it: The 23rd volume of Kirkman & Adlard’s epic horror tale continues, and while it probably isn’t the best jump-on point, this will be one of the most successful trades of the year. 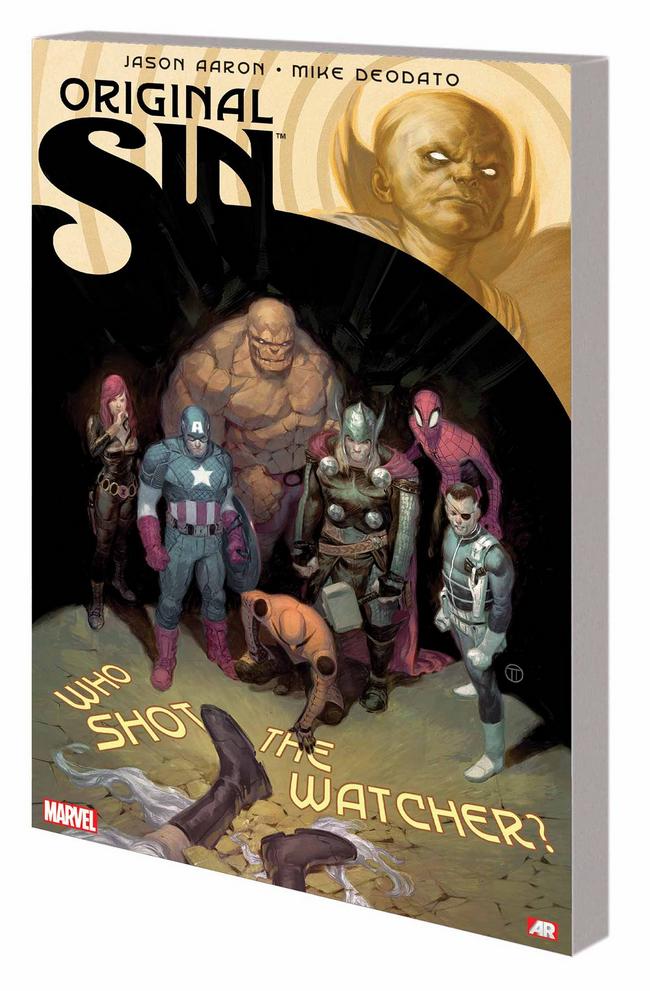 Who killed the Watcher? Uatu, the mysterious space-god who observes mankind from the moon…is dead. Thus begins the greatest murder mystery in Marvel history! As Nick Fury leads Marvel’s heroes in an investigation, other forces marshal and other questions arise. Who is the Unseen? What was stolen from the Watcher’s lair? Why is Black Panther gathering a secret team of his own – including Emma Frost, the Punisher and Doctor Strange? Fury’s cosmic manhunt leads to the far corners of the universe, but just when the Avengers think they’ve cornered their murderer…everything explodes, unleashing the Marvel Universe’s greatest secrets and rocking the heroes to their core! What did the Watcher see? Who pulled the trigger? What was the Original Sin? Find out here! Collecting ORIGINAL SIN #0-8 and material from POINT ONE.

Why to watch for it: The ripples of Original Sin are still making waves in the Marvel Universe, all the way into Secret Wars. If you have enjoyed Aaron’s Thor run, this is a solid Marvel event that will definitely intrigue you. 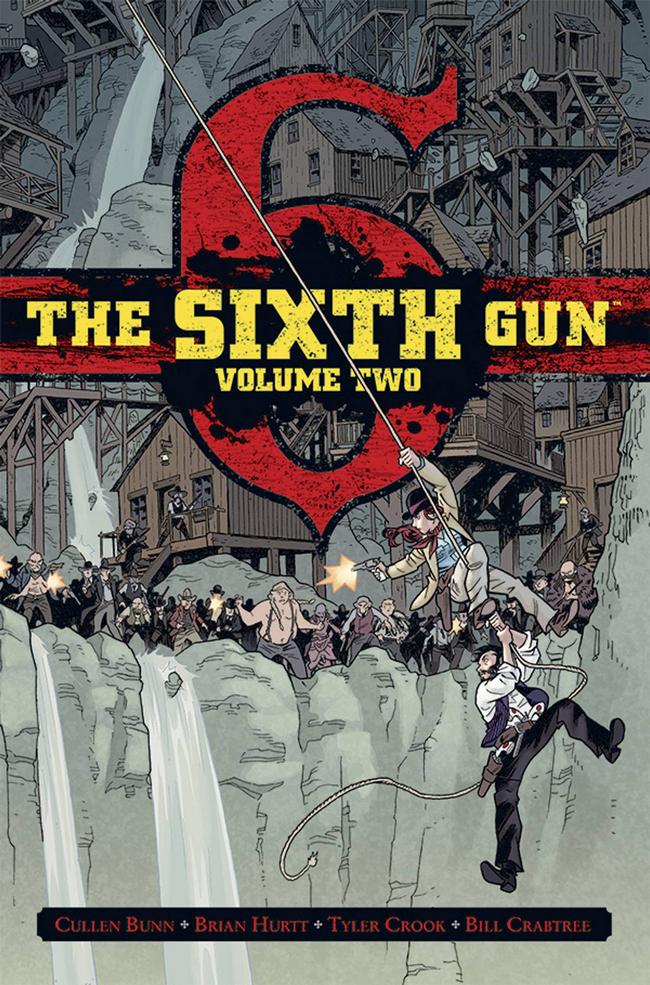 Traveling by secret railroad, Becky and Drake accompany an order of mysterious monks on a quest to bury General Hume’s body on holy ground. But during a terrifying attack on the train, Drake vanishes without a trace. Alone, Becky sets out to find and rescue Drake – a journey that takes her to secluded mountain fortresses, decaying towns, and underground strongholds. Along the way, she discovers how deeply her fate… and Drake’s own existence… is entwined with that of The Sixth Gun. This deluxe edition collects issues 12 through 23 of the smash hit series, The Sixth Gun, in a massive, new, oversized format jammed with extras and bonus features.

Why to watch for it: The Sixth Gun is coming to a close soon, but you’re not going to find a presentation as awesome as these deluxe volumes just anywhere. If you’re trade waiting this series, there is no better way to read this book. It is one of my favourites every time a new issue hits the stands. 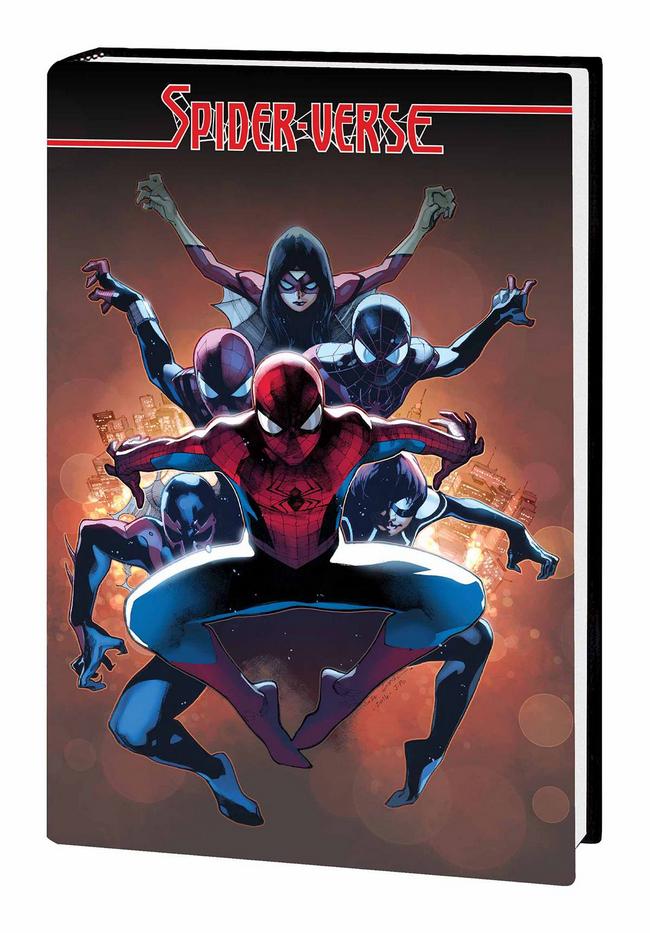 When the evil Inheritors begin exterminating spider-characters throughout the multiverse, every single Spider-Man ever is needed to save the day! An interdimensional spider-army gathers to fight Morlun and his deadly family, but none of them is safe as the Prophecy comes to fruition! What will this brutal war for survival mean for Peter Parker and the rest of the spiders? Starring the Superior Spider-Man, the Ultimate Universe’s Miles Morales and Jessica Drew, Spider-Man 2099, Spider-Woman, Silk, Kaine, Scarlet Spider, MC2’s Spider-Girl, Spider-Man Noir, Spider-Man 1602, Spider-Ham, Spider-Monkey, Lady Spider, Spider-Punk, Spider-UK, a spider-powered Gwen Stacy…and hundreds more, from the beloved to the obscure! Collecting AMAZING SPIDER-MAN (2014) #7-15, SUPERIOR SPIDER-MAN #32-33, SPIDER-VERSE #1-2, SPIDER-VERSE TEAM-UP #1-3, SCARLET SPIDERS #1-3, SPIDER-WOMAN (2014) #1-4, SPIDER-MAN 2099 (2014) #6-8 and material from FREE COMIC BOOK DAY 2014 (GUARDIANS OF THE GALAXY) #1.

Why to watch for it: One of the best Spider-events ever, Dan Slott threw down some multiverse craziness to get everyone ready for the Secret Wars and Convergences of the day. This one features top notch artwork and great writing and is a must-read for Spider-Fans.