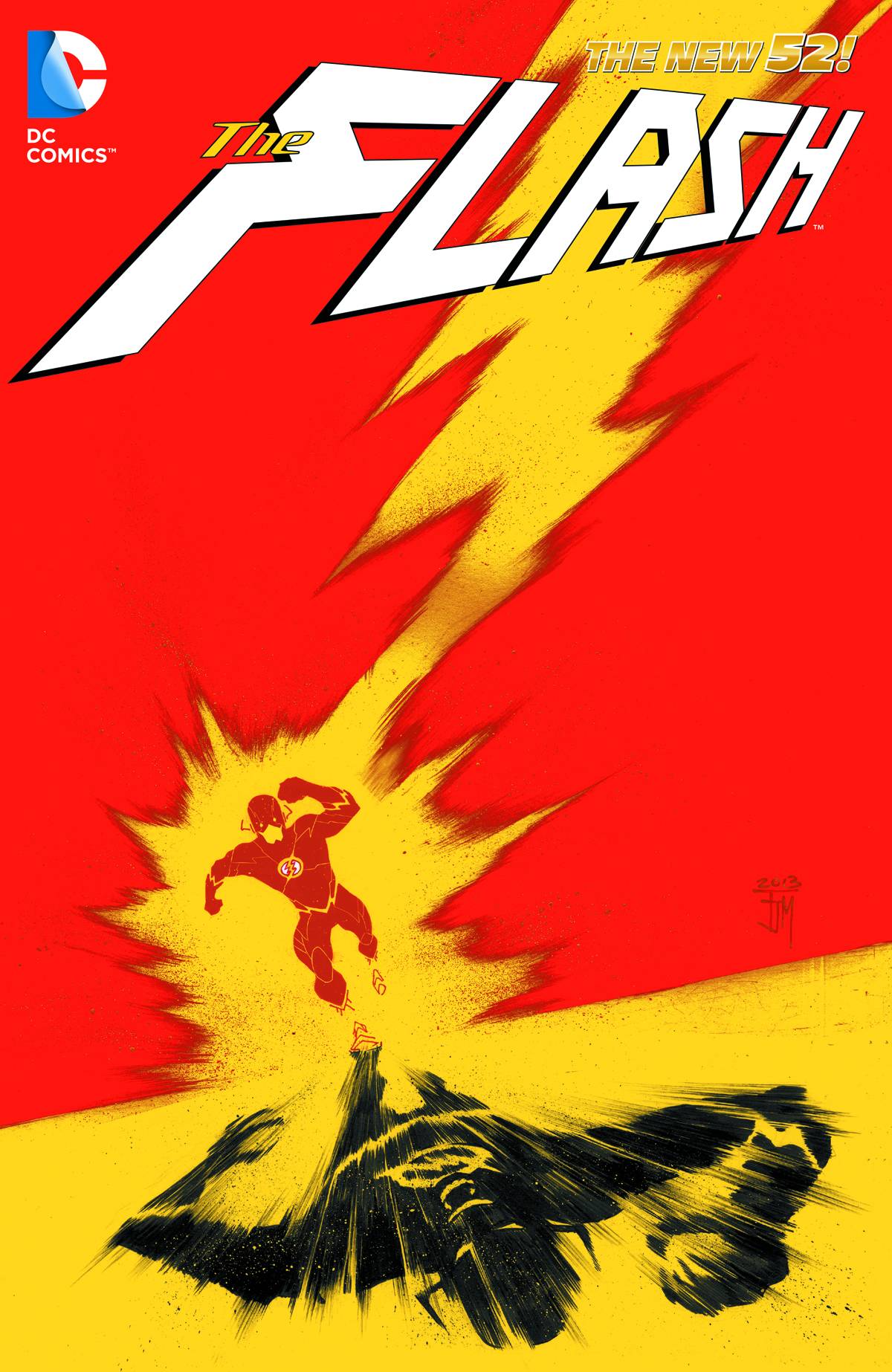 We are a mere 48 hours away from new comic books, and a whole fresh crop of collections as well! If your bookshelf is in need of a trade or hardcover infusion, look no further than the top five releases of August 13, 2014: 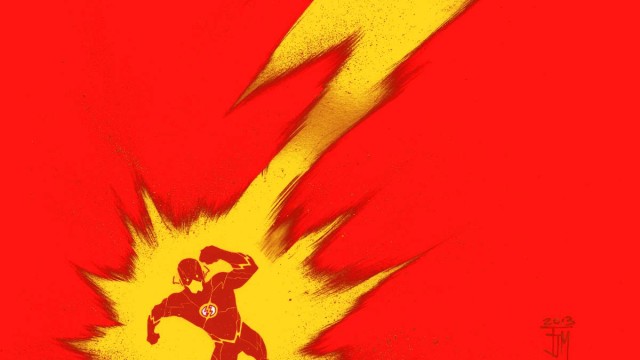 In this new hardcover, a mysterious and powerful Speed-Force killer has left a trail of bodies in his wake, and only Barry has the power to stop him. But when the killer stays one step ahead of him, Barry finds himself face to face with the Teen Titans and Kid Flash for the first time, which leads to a confrontation with the Reverse Flash! Don’t miss these stories from THE FLASH #20-25, and #23.3: REVERSE FLASH!

Why to watch for it: Manapul & Buccellato’s time on The Flash comes to a close with the fourth volume, Reverse. Do yourself a favour: read their run on The Flash. You won’t be disappointed. 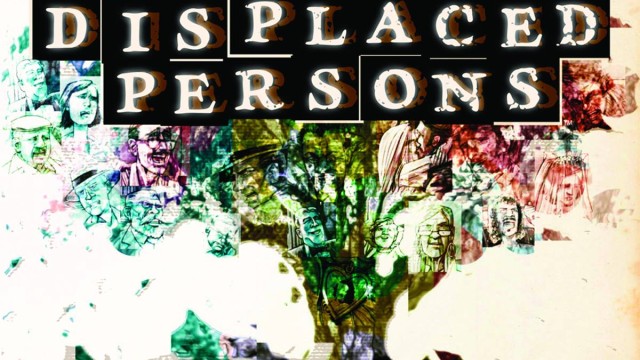 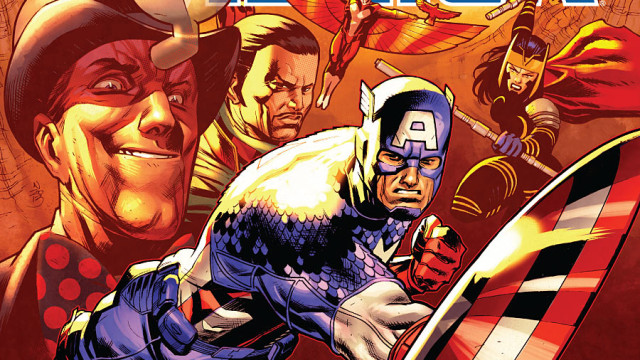 The Weapon Minus Program has been reopened, and Captain America has become unhinged thanks to the mad machinations of the twisted Dr. Mindbubble! Jet Black, daughter of criminal mastermind Arnim Zola, allies with the Falcon – but when the mysterious and powerful Iron Nail begins assassinating the heads of the world’s five largest corporations, they must make a terrible choice! Meanwhile, can Captain America put a lid on Dr. Mindbubble, or will the villain shatter Cap’s already-fragile psyche? And what happens when S.H.I.E.L.D.’s greatest secrets are revealed to the world’s most dangerous man? Captain America lays a final sacrifice on the altar of freedom as he takes on the Iron Nail – and is broken! This is the day when it all changes; this is the beginning of the end for Steve Rogers. Collecting CAPTAIN AMERICA (2012) #16-21.

Why to watch for it: Read the lead up of The-Falcon-becoming-Captain-America in vol. 4 of Captain America! Rick Remender is putting Steve Rogers through the ringer, and the Iron Nail is one of his greatest challenges yet! 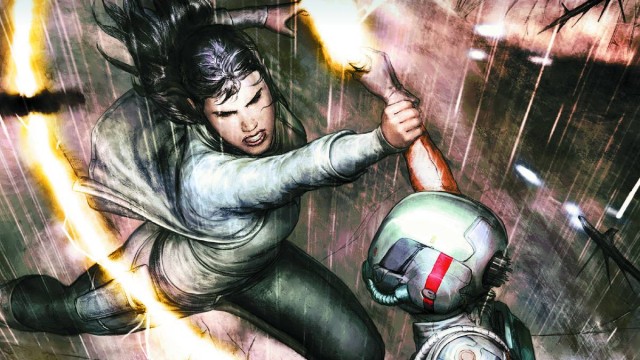 Ania Solo is charged with the murder of an Imperial Knight! Now she’s a wanted criminal, and even her pals Sauk and Imperial Knight Jao Assam are wary. Before Ania can explain, their ship is compromised, the friends are separated, and Ania is captured by one bounty hunter, while another is in pursuit! Collects Star Wars: Legacy #11-#15.

Why to watch for it: Bechko and Hardman continue their examination of the future of the Expanded Universe, putting Ania Solo on the run from bounty hunters! 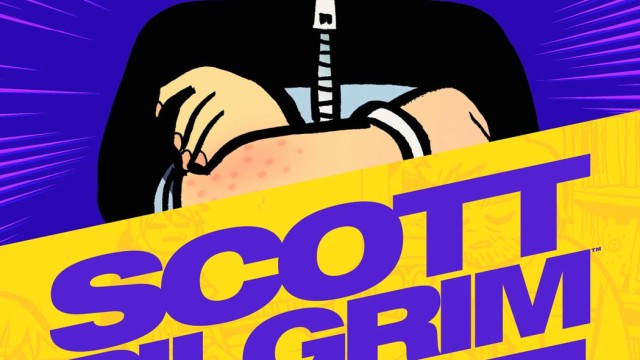 The penultimate Scott Pilgrim full color hardcover edition is here! There are many questions in Scott Pilgrim’s terrible little life. First of all, why did he have to turn twenty-four? Secondly, why do robots keep trying to kill him? And why is Sex Bob-omb falling apart? Why is Ramona acting so weird? And finally, why won’t these brilliant and deadly Japanese twins leave him alone? Scott Pilgrim will find the answers to these questions… or die trying! Featuring exclusive bonus content and previously unpublished extras you won’t find anywhere else in the Universe!

Why to watch for it: Scott Pilgrim fans, volume 5 is here! Bonus content, fully coloured…what are you waiting for?