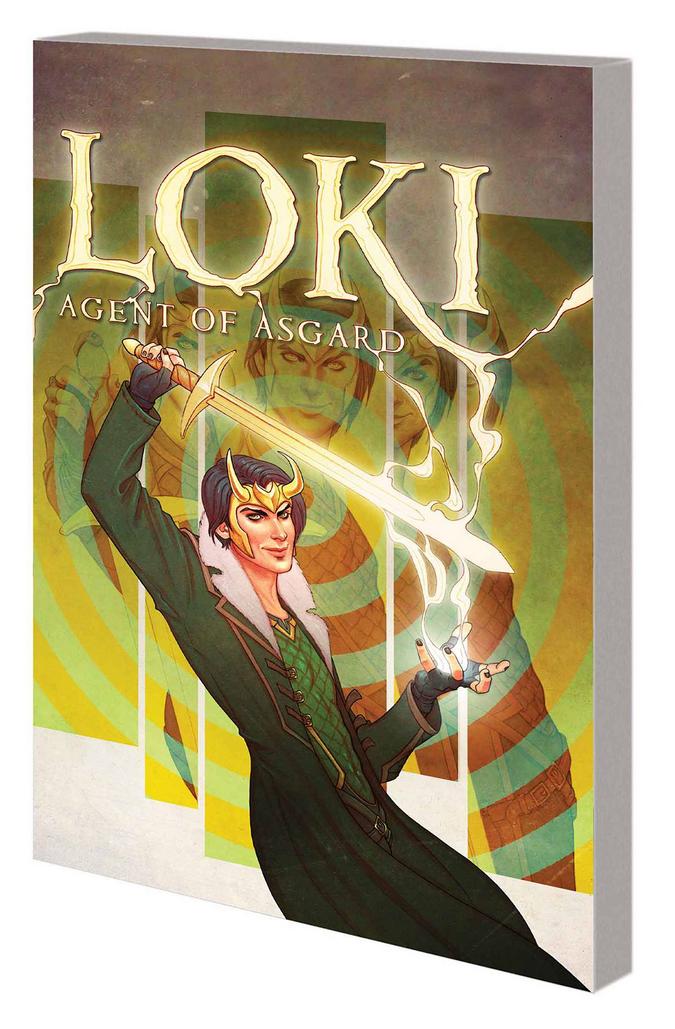 We are a mere 48 hours away from new comic books, and a whole fresh crop of collections as well! If your bookshelf is in need of a trade or hardcover infusion, look no further than the top five releases of August 20, 2014: 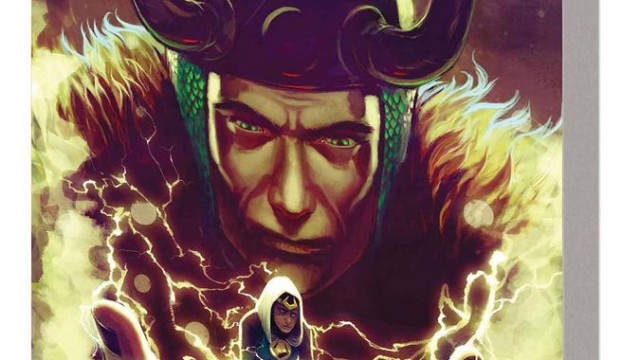 A forgotten hero returns – but will the truth behind his exile consume the world? Only the New Mutants can help young Loki now! Then, civil war breaks out among the British Manchester Gods! But even with Loki’s aid, can Merlyn, King Arthur and Captain Britain prevail? And what does Hela want with the Holy Grail?! Meanwhile, Thor is caught in an eternal game between cosmic entities – and when the cursed Vanir return and declare war on Asgardia, Surtur’s fire rages across the nine worlds! A desperate Loki journeys into the heart of Surtur’s fiery kingdom, but Loki’s future and past collide when Thor becomes trapped in the underworld- and the truth about young Loki is finally revealed! Collecting EXILED #1, NEW MUTANTS (2009) #42-43, JOURNEY INTO MYSTERY (1952) #637-645, and THE MIGHTY THOR #18-22 and ANNUAL #1.

Why to watch for it: The remainder of Kieron Gillen’s epic run on Journey Into Mystery, right here! Loki fans, you can’t miss this one. 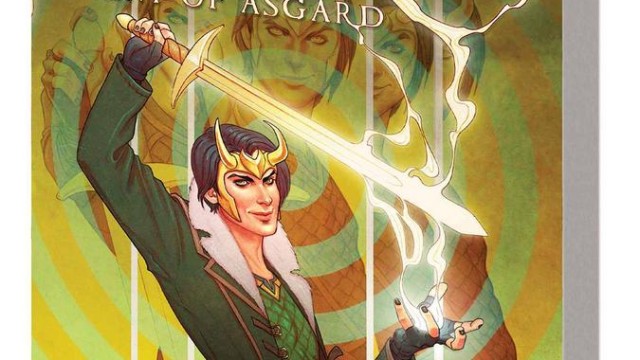 Kid Loki’s all grown up – and the God of Mischief is stronger, smarter, sexier and just plain sneakier than ever before. As Asgardia’s one-man secret service, he’s ready to lie, cheat, steal, bluff and snog his way through the twistiest, turniest and most treacherous missions the All-Mother can throw at him – starting with a heart-stopping heist on Avengers Tower! And that’s just the beginning as Loki takes on Lorelei in Monte Carlo’s casinos and heads back to the dawn of Asgard to join its greatest heroes on a quest for a certain magical sword! But when he puts together a crew to crack the deepest dungeons of Asgardia itself, there may be one plot twist too many for even Loki to handle! Collecting LOKI: AGENT OF ASGARD #1-5 and material from ALL-NEW MARVEL NOW! POINT ONE #1.

Why to watch for it: More Loki? Let’s face it, you’re never gonna get your fill of the trickster. After driving through the Kieron Gillen run above, dive right into Al Ewing’s All-New Marvel NOW! take on the God of Mischief. 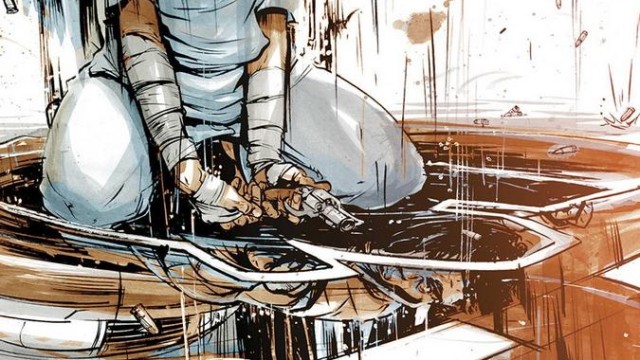 WHY WE LOVE IT: Here at BOOM! Studios, crime is in our blood. From our comic-turned-feature film 2 GUNS to our critically acclaimed series HIT, we’ve always had a
passion for all things noir. DEAD LETTERS is the next step in our exploration of the genre.

WHY YOU’LL LOVE IT: Creators Christopher Sebela (Ghost, High Crimes) and new-comer Chris Visions have combined to create a perfectly moody tale that will evoke memories of your
favorite noir story-then turn it on its head. Don’t miss out on a wholly unique take on crime fiction perfect for fans of Richard Stark’s Parker, Criminal, and Fell.

WHAT IT’S ABOUT: Waking up in a fleabag motel with bandaged arms and a revolver on his
desk, Sam doesn’t remember a thing-not how he got here, where here is, or who he is. But the armed men knocking on his door do and Sam will have to use every trick from his forgotten repertoire to outrun and outsmart his way through a hard-boiled wonderland of gang wars, femme fatales, and big secrets. Collects issues #1-4.

Why to watch for it: Christopher Sebela’s creator-owned series is as acclaimed as it gets and the first volume is only ten bucks! Give it a shot, it’s different than most things you’re going to find in the shop! 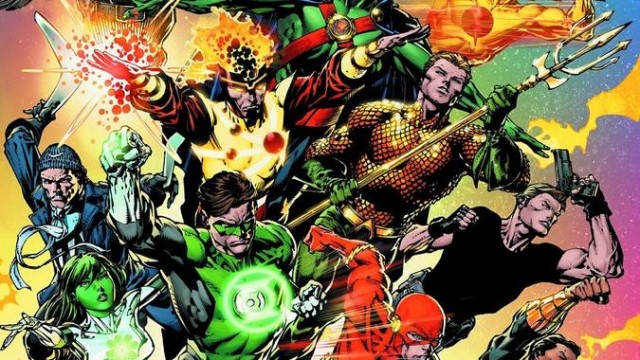 In this follow-up to BLACKEST NIGHT, twelve heroes and villains were resurrected by a white light expelled deep within the center of the earth. Now, Aquaman, Martian Manhunter, Firestorm, Hawkman, Hawkgirl, Deadman, Jade, Osiris, Hawk, Captain Boomerang and Zoom must discover the mysterious reason behind their return and uncover the secret that binds them all in this massive hardcover collecting issues #0-24 of the hit series!

Why to watch for it: Blackest Night brought forth the Brightest Day, and the whole thing is in this omnibus! Some of the greatest heroes in the DCU are back in this pre-New 52 continuity, and you can get the whole meal deal in one big ‘ol hardcover.

For years the Punisher waged war on crime in New York – but a lead on a major source of drugs, weapons and more has set his sights due west! Frank Castle is in the City of Angels, taking on the powerful Dos Sols gang – but when he discovers their newest weapon, it’s bad news…for him! Now the Punisher must duke it out with A.I.M., even as the Dos Sols’ takeover of Los Angeles begins and war breaks out in the streets! Will the city burn, or can Frank fight fire with fire? And even if Frank can overcome A.I.M. and the Dos Sols, can he escape the tightening noose of the Howling Commandos? Caught between a posse of Punisher predators and the targets of his own one-man war, Frank’s manifest destiny may be a shallow grave! Collecting PUNISHER (2014) #1-6.

Why to watch for it: Frank’s out West! The Punisher is in L.A., cleaning up the City of Angels and raising hell like only the Punisher can. Fans of The Activity, this is a must read for you as the creative team is taking Frank places readers have never seen before!