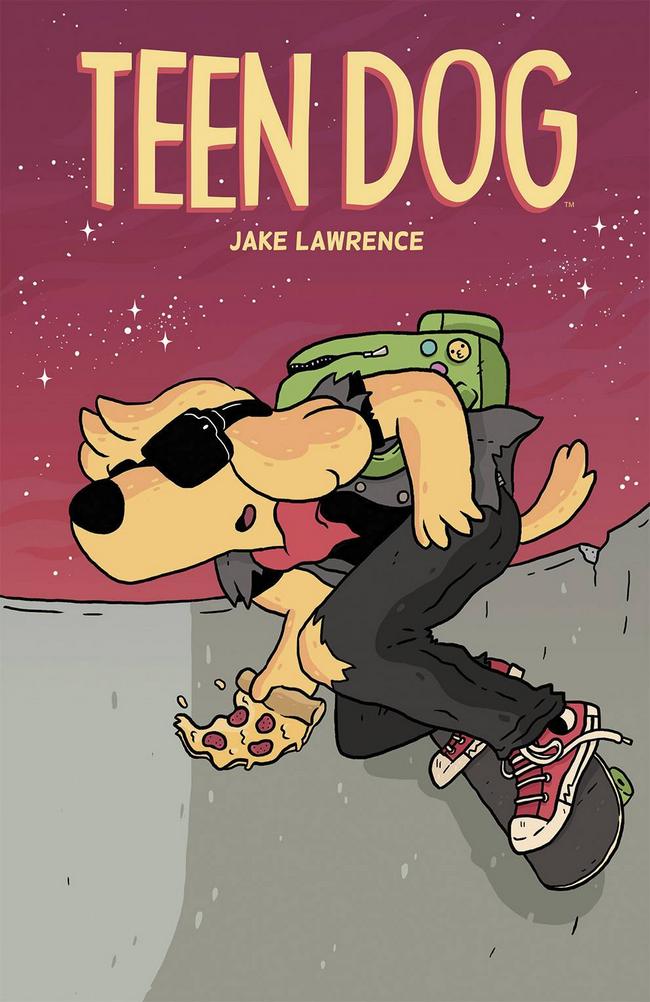 Happy holidays my beloved TRADE WAITERS! It’s another Monday and the holiday season is in full effect! If you’re looking for some gift ideas for that special someone (or treating yourself), here is a look at this week’s hottest trade paperbacks, collected editions, and graphic novels being released this Wednesday on “Trade Waiting” – your spotlight of five gift-wrappable, stocking stuffing, comic book collections and why you should watch out for them! 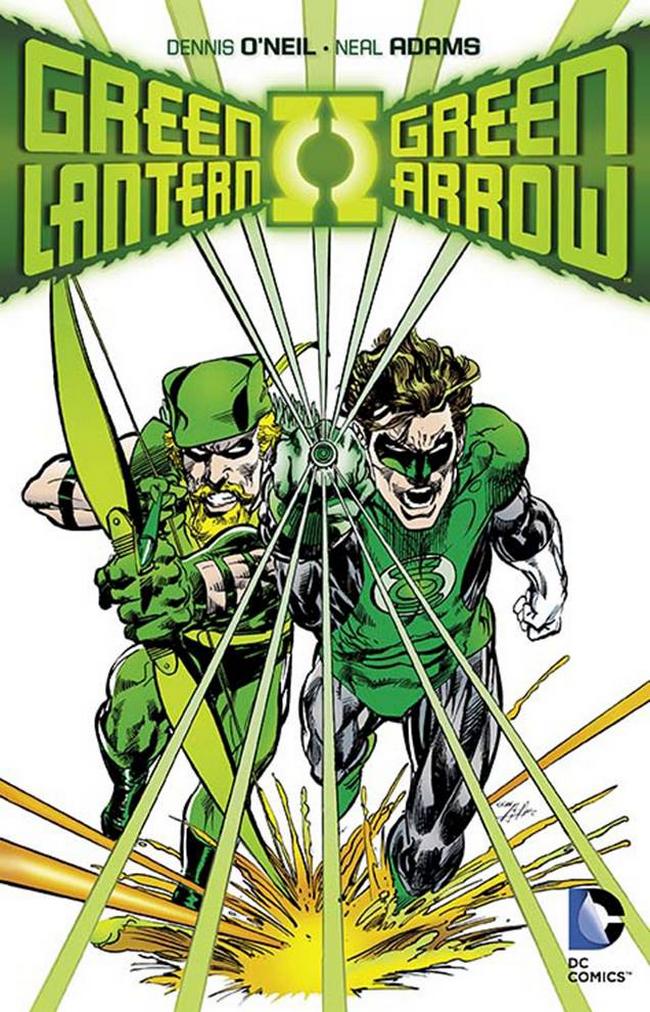 This stunning Absolute Edition features the classic team-ups in which Green Lantern and Green Arrow confronted menaces including racism, poverty, and drug abuse! Collects stories from GREEN LANTERN/GREEN ARROW #76-87 and 89, plus THE FLASH #217-219 and 226.

WHY TO WATCH FOR IT: I’ve been waiting for a collection like this for quite some time. As a result of many of the key issues of this run being quite pricey, an absolute version of one of the most interesting pair ups in DC Comics is precisely what the fans wanted. Issue #76 is going from anywhere to $200-$500 ungraded and the infamous “drug-issue” #85 is $100-200 ungraded on Ebay. Needless to say, a Denny O’Neil and Neal Adams are legendary comic book creators, and if you throw-in preliminary character sketches and script pages from their run, this is an ABSOLUTE must-have, must-read for me. 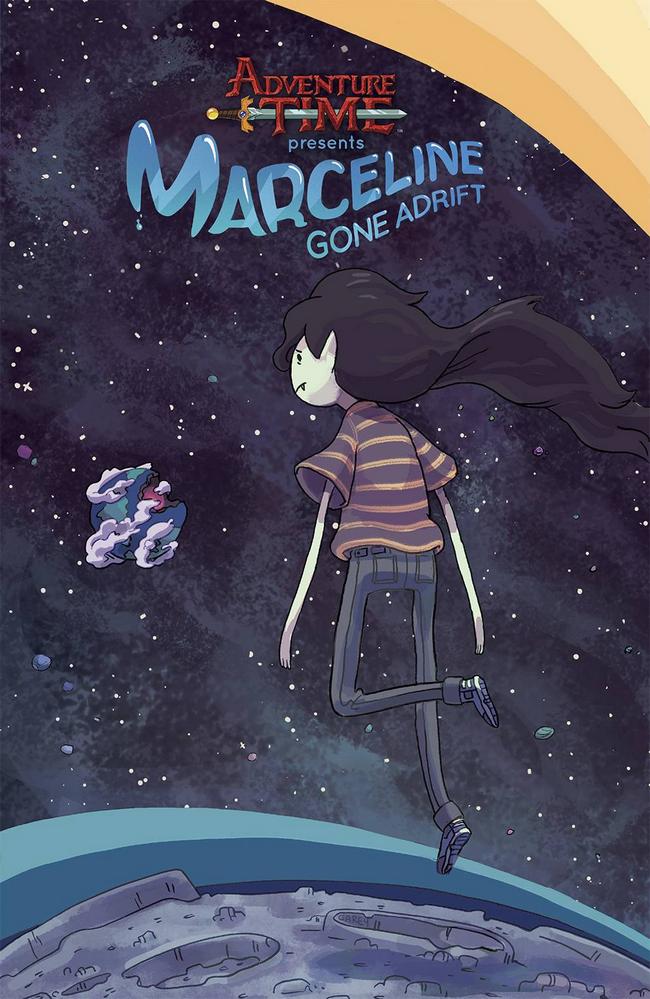 What’s To Love: Princess Bubblegum and Marceline’s awesome friendship just makes the world a better place, and writer Meredith Gran (Adventure Time: Marceline and the Scream Queens) and artist Carey Pietsch (Adventure Time) are the perfect team to explore just how strong their bond really is.
What It Is: Marceline is on a rampage for mysterious reasons, and the kingdom of Ooo is desperately scrambling to stop her. In trying to save both Ooo and Marceline herself, Princess Bubblegum accidentally propels Marceline into the farthest reaches of space and strips her of her powers! Guilt-ridden, Princess Bubblegum sets off on a space rescue that’ll test the power of her mind…as well as the power of friendship. Collects the complete six-issue limited series.
“…stands out as unique among the rest of the Adventure Time line in the best way.” – IGN

“So like the best episodes, Marceline Gone Adrift…is a tale that everyone will find humor and meaning within.” – Newsarama

WHY TO WATCH FOR IT: Marceline is one of the most interesting and emotional characters in the Adventure Time lore. Here, writer Meredith Gran delves deep into the psyche of the character and explores her friendship with Princess Bubblegum as they are thrown into a deep-space adventure that’s sure to please Adventure Time fans of all ages. Gran is pitch perfect in her execution and picks up where she left off with Marceline and the Scream Queens and introduces readers to talented artist Carey Pietsch, to the world of Ooo. 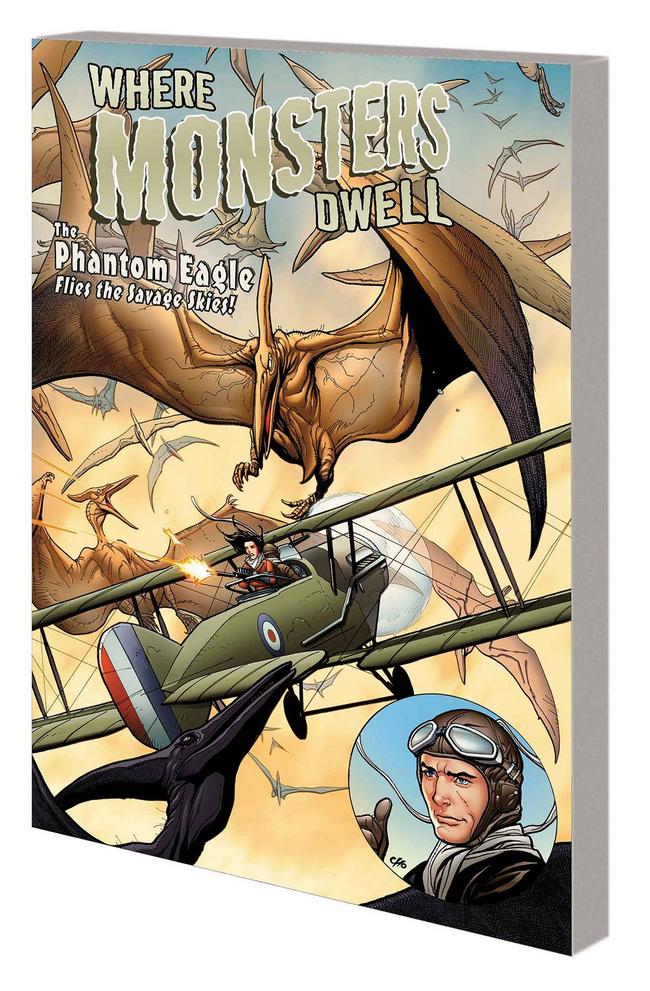 Garth Ennis returns to Marvel! Fighter planes and dinosaurs collide in this raucous tale featuring the classic Marvel character Phantom Eagle! Ace pilot Karl Kauffman investigates the Valley of Flames, but soon finds himself in way over his head. This terrifying Battleworld domain is full of surprises, and Karl is only just scratching the surface. Between hungry dinosaurs, angry Amazonians and even crazier problems, Karl has never been in a tighter spot. The beautiful tribe of warriors who have taken him prisoner aren’t very friendly at all, and these dinosaurs don’t look domesticated. Karl aims to take to the skies once again, but can he beat the odds – and all the new enemies he’s managed to make? Collecting WHERE MONSTERS DWELL (2015) #1-5.
Parental Advisory

WHY TO WATCH FOR IT: Among the many things that Garth Ennis is hyper-capable of writing are captivating war stories and offensive dialogue. For his return to Marvel we get more of the former, as Ennis combines fighter planes, dinosaurs, and Amazonians in a Battleworld side story. The writer is working with his “Boys” partner Russell Braun, whom I find to be unfairly flying too far under the radar for comic book fans. Braun is an exceptional talent and masterfully helms the spectacular plot which makes for great visual entertainment.

What’s to Love: Teen Dog is John Hughes movies meets ’90s Nickelodeon cartoons, two of our absolute favorite things. It’s a totally awesome adventure that stars the canine that spun out of Jake Lawrence’s web comic Time Cowboy and kickflipped his way into our hearts.

What It Is: Skateboards, football games, prom…your teenage years have got nothin’ on the raddest dude that’s ever graced a denim vest. Written and illustrated by Jake Lawrence (Time Cowboy), join Teen Dog and his best friend Mariella as they tackle typical teen life with a manic twist. Growing up is an adventure, and you might as well rock it! Collects the complete eight-issue miniseries.

WHY TO WATCH FOR IT: Teen Dog is fantastic! If you haven’t heard about this high school canine, you need to. It’s just plain, innocent fun! Cartoonist Jake Lawrence throws in a bunch of wit and savviness into this miniseries that you’ll be pleasantly surprised. Lumberjanes and Scott Pilgrim fans take note, this will be right up your alley of enjoyment. 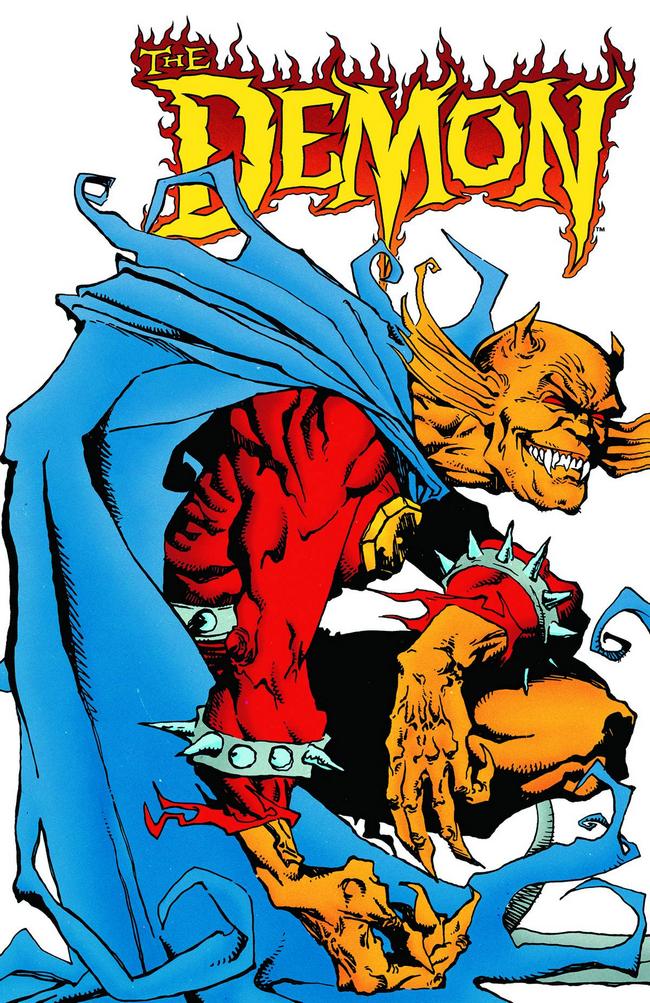 Garth Ennis’s tales of The Demon are collected for the first time! In these dark, fast-paced tales, Etrigan the Demon battles the Gothodaemon, the demon of Gotham City, with the help of Hitman. Then, a company of German soldiers from World War II are resurrected to capture an army base-and it’s up to the Demon and the crew of the Haunted Tank to send them back to their graves. Collected from THE DEMON #40 and 42-49, plus ANNUAL #2.

WHY TO WATCH FOR IT: So another Ennis book releases this week. This time Ennis tackles Etrigan the Demon with his long-time partner of “Dicks” and “Hitman”, artist John McCrea. We have WWII German soldiers battling a demon hell-bent on delivering penance! This run is one that’ve sorely been meaning to read, and I’m glad that it’s finally collected into trade for visual consumption.